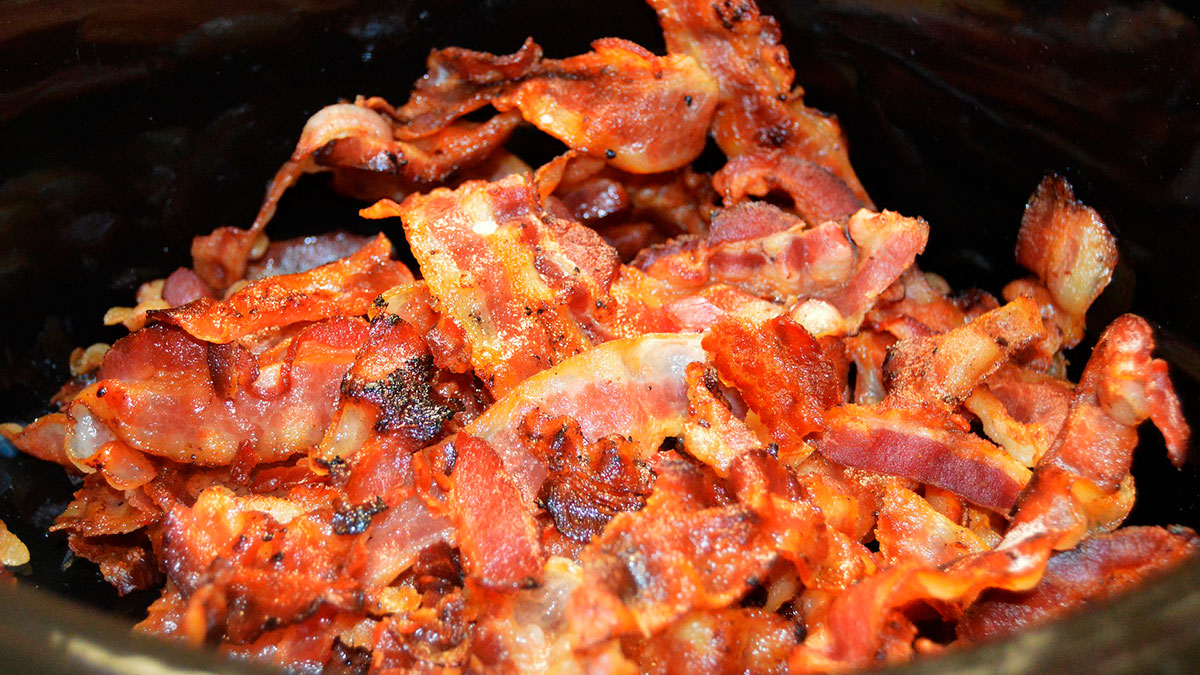 Without a doubt, bacon is one of the foods of origin tonimal most craving and tempting. The simple smell of sizzling bacon in the morning is a delicious temptation to start the day, yet research over the years has positioned this classic pork product under a poor concept. One of the main problems with bacon is that it is an everyday staple that contains tons of fat and salt. These are some of the main reasons why it is related to deterioration in health, especially cardiac. However, there is a question that remains in the air for everyone Is it really that bad if you like to enjoy it regularly? We have sad news, it turns out that numerous experts have focused on discovering the true nature of bacon, and it turns out that it is a food that presents more dangers than we could imagine.

For those people who are bacon lovers and love to start the day with a few strips of bacon, it is important to be aware of the side effects of excessive consumption that has the potential to cause serious long-term health damage. These are six of the most harmful aspects associated with a recurring bacon intake.

1. Bacon consumption is linked to an increased risk of disease

According to the experts and the references available regarding the consumption of bacon in the diet, the main problem with this popular food is how it is preserved. It is a highly processed product, which goes through modern processing; which largely depends on your nitrite and nitrate content. Science has confirmed that bacon is one of the foods with the highest content of these substances, which in very high doses have been shown to be potential human carcinogens. In such a way that there are valuable references in which it has been confirmed that nitrites in processed meats, they increase the risk of colon cancer, heart disease, and diabetes. While consuming a little bacon every now and then is unlikely to be harmful, it’s important to save it for special occasions and make sure it’s a good quality product.

It is no secret to say that a high consumption of red and processed meats is associated with poor health and an increased risk of chronic diseases. According to a study published in 2015 it was found that eating processed meats such as bacon it is an everyday habit that leads to an increased risk of premature death. The study showed that for every additional 50 grams of processed meat eaten each day, there was a 33% higher risk of premature death and an 8% higher risk of developing heart disease or diabetes. Although in this research work, it was not shown exactly how many strips of bacon would equal 50 grams; according to nutrition experts they are about two simple strips. So a serving of bacon is pretty small for all the consequences. To this we must not forget that se add up in a very negative way, their content of saturated fat, sodium, protein and nitrates.

It is no news to say that bacon is one of the foods that most must be taken away, when we want to control body weight or lose weight. The main reason is that it is a food very rich in calories, in fact there is information released by the World Health Organization in which it has been proven that Consuming it in excess is one of the main causes of overweight and obesity. It’s simple: when we eat more calories than the body needs, the excess calories are normally stored in the body as fat, resulting in excess weight. Obesity and being overweight are major risk factors for various health problems including high blood pressure, stroke, type 2 diabetes, gallbladder disease, and various causes of death.

4. Eating bacon on a daily basis leads to heart disease

Bacon contains saturated fats, which is no secret to say are associated with various heart-related diseases and are also one of the main triggers for heart disease. high levels of the dreaded ‘bad’ LDL cholesterol. Eating bacon daily for breakfast can lead to an excessive build-up of ‘bad’ cholesterol in your blood vessels, blocking them, increasing your risk of developing heart-related conditions, including coronary artery disease, heart attack, and congestive heart failure. . It is well known that heart disease has positioned itself as one of the leading causes of death in the world.

In addition to fat, bacon is a product that contains a ton of salt. According to experts, not only is it not the best food we can eat, in fact; it is probably one of the worst things for the body. To understand it more clearly: in 4 slices of bacon we will have almost 900 mg of sodium, which is more than 40% of the recommended daily value. It is well known that sodium is especially harmful to our health as it is linked to an increased risk of high blood pressure and stroke. So the recommendation is strong, one of the best ways to lower your risk of stroke is to follow a healthy lifestyle and limit excessive salt intake.

6. Bacon is linked to male infertility

Consuming bacon and other processed meats can lead to low sperm counts in men. In fact, it is no coincidence to say that the male population are the ones that consume this type of product the most. There is a study published through the American Society for Reproductive Medicine, which found that consuming processed meat leads to poorer sperm quality and is therefore a habit that directly affects fertility.