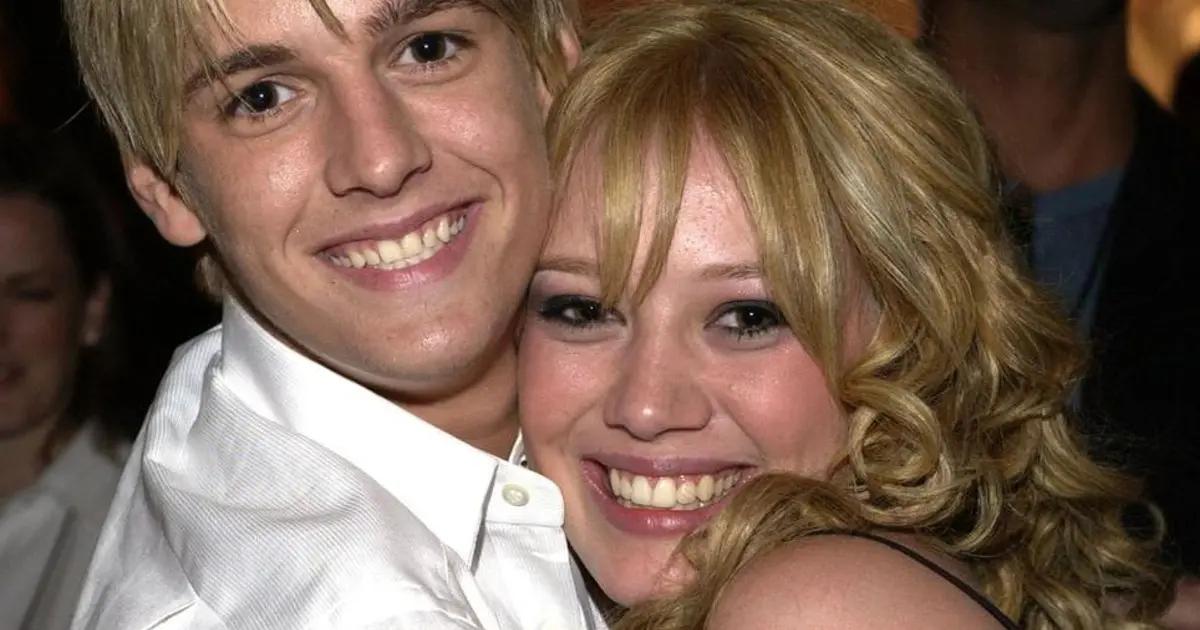 Recently, the sad news of Aaron Carter’s passing was released. In addition to being a successful singer and Nickelodeon personality in his youth, he was the brother of Nick Carter, one of the members of the Backstreet Boys. After his death, many celebrities have spoken out about the event, including his ex-girlfriend, Hilary Duff.

Last November 5, his body was found inside his residence. After several days and an autopsy, the cause of his death is still unknown.

During his youth, Aaron Carter appeared as a guest on several youth programs that were very popular at the time. Some of them were “Sabrina the Teenage Witch,” “7th Heaven,” and “Lizzy McGuire.” On the latter, she met singer and actress Hilary Duff.

Upon hearing the news, the “How I Met Your Father” star used her social networks to write a message dedicated to Carter.

“To Aaron. I am deeply sorry that life was so hard for you and that you had to struggle in front of the whole world. You had an effervescent charm. My teenage self loved you deeply,” he posted and sent love to his family during this difficult time.

Why did Hilary Duff and Aaron Carter break up?

Hilary Duff and Aaron Carter began a relationship when they were 13 years old when they met while filming an episode of “Lizzie McGuire.” He sang her song, “I Want Candy,” and they even shared a kiss on camera.

Starting in 2000, the young stars began dating for three years, although it was on and off.

However, the courtship ended when the singer became interested in Lindsay Lohan, who had also made a name for herself in show business at a young age.

“I got a little bored, so I went and started meeting Lindsay and dating her,” Carter confessed years later for a CNBC program and assured that he felt sorry for having broken Hilary Duff’s heart.

Allegedly, this caused discord between Lohan and Duff, who spent tense moments at public events. It was also reported that some nasty comments were made.

However, that happened almost 20 years ago; both are adults who have formed their own lives.

“We’re both adults, and, whatever happened, happened when we were young. It’s over now,” Hilary Duff told People sometime later.

Aaron Carter tried to win her back

Years after their breakup, Aaron Carter made numerous comments about Hilary Duff and how she had been “the love of his life.”

He even went so far as to use his Twitter account to write, “I will spend the rest of my life trying to get better so I can get her back. I don’t care what she thinks.”