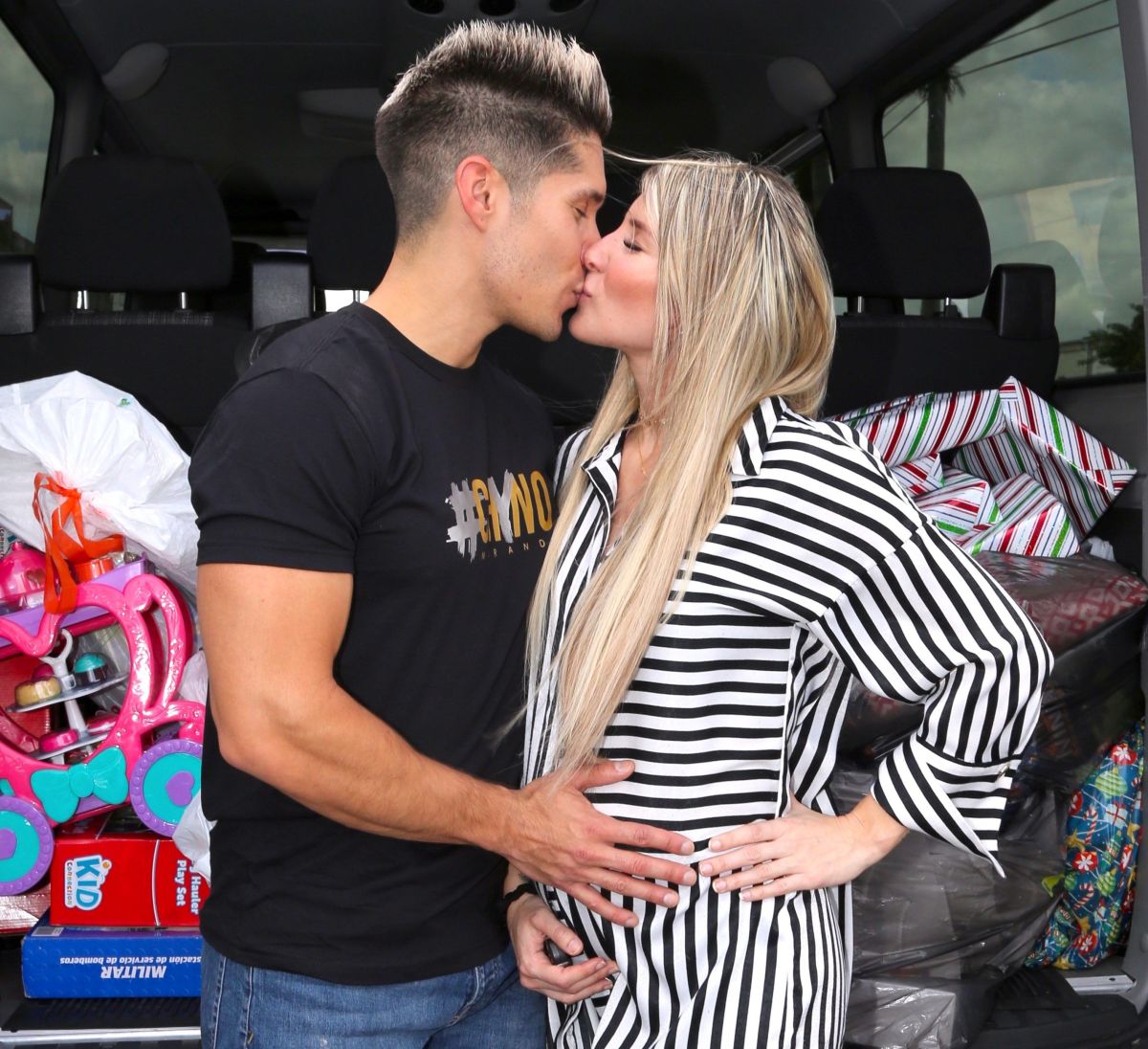 Why did Chyno Miranda and Natasha Araos wait a year to say they were separated?

A few days ago, through a very friendly video, confirmed the end of the marriage. In the video they said that they had been separated for more than a year, Chyno assured that he had disrespected his wife and family, that is to say that he had been unfaithful, while Natasha said that when the singer got sick she decided to stay by his side to help him.

However, when Javier Ceriani broke the news in July telling that this couple was no longer a couple, they came out to deny it… Then, Why now and not before?

As we were able to investigate, through people close to both, although it would have been true that Natasha was by Chyno’s side in the most serious moments of the disease, it’s been a long time since I would not be accompanying him, something that took up when she went from being ‘the woman of the year’ in what was seen in the advance of the documentary, to the most ruthless when ‘Gossip No Like’ assured that he had even taken it out of the apartment they shared.

Speaking with people who live with them and others who have moved away, we can confirm that neither one, nor the other, nor the villain, nor the heroine. “She overflowed, did not know how to handle the situation she was facing, plus the care of Lucca and her legal situation if she divorces Jesus“, Someone close to both of us told us.

Why? Because although we have not been able to confirm it officially, we can tell you yes extra officially that Chyno’s legal status in the United States would be through a visa called O1, that is, the talent visa that allows you to work in the United States, while it is in force, and in the case of Tashie would have the status of ‘companion’ for being the wife of the singer.

So if this were confirmed, and they separated before becoming permanent residents of the United States, she would lose her legal status here and you should leave the country, obtain a tourist visa, and visit for those purposes only.

While is true that Lucca, the youngest of them, was born in Miami, in a water birth in the apartment where Natasha and the baby now live, To be able to help your parents in immigration situations, you must be 21 years old and ask for them, he is barely 2 years old.

Nevertheless, as Tashie herself shared on her social networks showing the visit to lawyers, they would be trying to resolve the residency before the divorce and that is why they would have confirmed it only now, where they would not only be resolving the immigration status of both, but also the division of assets.

As far as we learned, the apartment Chyno bought before marrying Tashie and where the family lives, or at least Natasha and Lucca, it would have been put up for sale. Something that yesterday, in ‘Gossip No Like’ they confirmed with the publication of its offer.

However, although in what Javier Ceriani and Elisa Beristain showed, they said that it had been on sale for 14 days, today has been removed from the pages of realtors.

“Chyno is very guilty about what happened, grateful to Natasha, but above all very confused, he has made great progress in his disease but he has a long way to go, he has ups and downs. Jesus is not at his 100 percent capacity for decision and understanding“One of his friends told us, who preferred to keep his name anonymous since he lives with both of them and because of the sensitivity of the situation.

What would happen to Chyno if the apartment is sold? The singer I would have already given a sign for a little house in a neighborhood in the El Doral area, known for being the place chosen by Venezuelans to live in Miami. There, according to what they told us, he would live together with his mother, who would be soon to arrive to take care of her son.

And Tashie and Lucca? They would buy another property, already in her name but once she has her legal situation established and they are divorced.

Who handles the singer’s money today? There is no certainty about that, some say that Tashie because of Chyno’s current inability to decide, others say that an administrator of the trust of both, but there is no official version on the subject.

Now it only remains to wait to see how they continue to be handled, especially in the media, because since the announcement that they were separated for more than a year, we see him more united and closer than ever, on social networks at least.