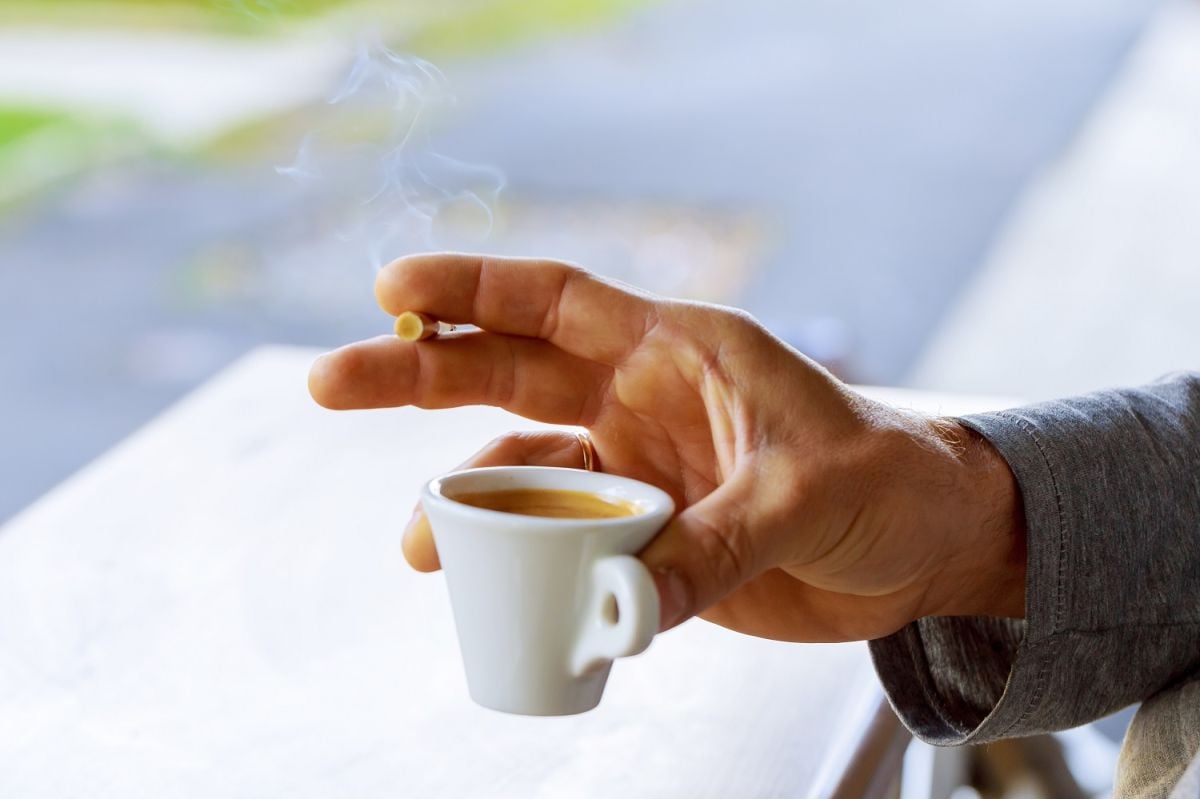 Coffee and cigarette cravings in the morning may have a connection. Compounds in coffee directly influence certain highly sensitive nicotine receptors in the brain, according to researchers at the University of Florida.

For some smokers, the first cigarette of the day is not as satisfying without a cup of coffee.. The researchers’ recent study leads to the hypothesis that a compound in coffee might help curb morning cigarette cravings.

“Many people like caffeine in the morning, but there are other molecules in coffee that may explain why cigarette smokers want their coffee,” said Roger L. Papke, professor of pharmacology at the UF School of Medicine. .

In a cell-based study, the researchers identified two compounds in coffee that directly affect certain highly sensitive nicotine receptors in the brain. In smokers, these brain receptors can become hypersensitive after a night of nicotine withdrawal.

The researchers concluded that an organic chemical compound in coffee could help restore the nicotine receptor dysfunction that leads to nicotine cravings in smokers.

The results of the study lead to the hypothesis that the compound in coffee known as n-MP may help quell morning nicotine cravings.

Previous studies have also studied the taste for coffee and chocolate, as well as the relationship between tobacco and other drugs.

People who like to drink their coffee black also prefer dark chocolate, and this preference would not be due to the bitter taste, the reason would be in the genes, according to a study by researchers at Northwestern University.

Researchers discovered that coffee drinkers have a genetic variant that reflects a faster metabolism of caffeine. When caffeine is metabolized faster, the stimulant effects also wear off faster; so, they need to drink more.

Alcohol and cigarette use

A study led by the University of Bristol and published in the journal Addiction indicates that alcohol and tobacco use increase the risk of using other drugs and vice versa. Being dependent on alcohol and drugs increases the chances of having psychiatric disorders.

A person who consumes alcohol with benzodiazepines, whether prescribed or taken illegally, is at increased risk of fatal poisoning, according to the National Institute on Alcohol Abuse and Alcoholism (NIAAA).

It may interest you:
–Drinking black tea daily could help you have a longer life
–Why skipping coffee before shopping can make you spend less
–Drinks that make you more attractive to mosquitoes