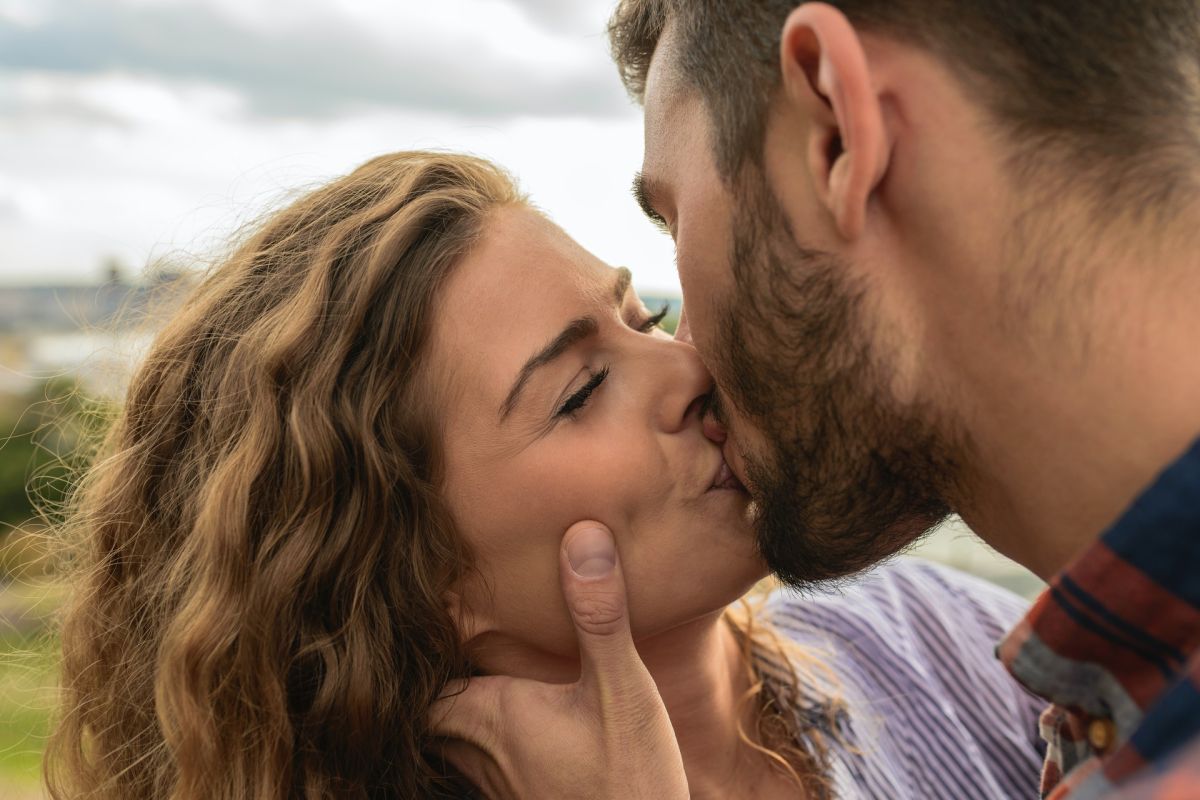 Many we give a great value to the first kiss, But what makes the act of kissing so special.

In fact, kissing with the lips is not as universal as many of us might think.

There are other ways to do it …

Can the diversity of ways humans kiss reveal what is really important to us about this intimate act?

Less than half of all societies kiss with the lips, according to a study in which they were analyzed 168 cultures from different parts of the planet.

William Jankowiak, professor of anthropology at the University of Nevada Las Vegas, found that only 46% kiss with their lips in a romantic sense. Other gestures such as kisses between parents and children or greetings were excluded.

“I believe that the key to the human universality of kissing or the absence of it is that people’s sensuality can be expressed in many other ways that go beyond just kissing ”.

“But it is interesting to note that there was a marked pattern: the greater the social complexity, the more frequently the act of kissing is found.”

One of the theories that tries to explain why humans have a need to kiss raises the idea that when we are babies we have an innate taste for lip touch.

From that perspective, we associate touching with the lips with the act of breastfeeding and that is a natural reflection. It is a stimulus that is positive for us.

There is another theory that goes back to our evolutionary past and points out that mothers and their children were united in a lip-to-lip bond by a process known as food transfer premastication.

The mothers of our ancient ancestors could have pre-chewed food during their children’s early years and transferred it directly to their mouths.

The practice, which has been observed in chimpanzees and other great apes, would have occurred with the process in which the intake of solids began, after weaning.

According to the expert, it has been found that between hunters and gatherers there are no kisses.

But there is “one exception”: the Inuit in the Arctic Circle.

“They are the only group of hunters and gatherers that we find that kiss: it is the famous oceanic or Eskimo kiss that consists of rub noses but not the lips ”.

“Why? In other places, hunters and gatherers do not wear clothes. That means they can have a sensual encounter with any part of the body, but when you have clothes, the only sensuality that is available, the only tactile sensation that is available, is the face human ”, says the anthropologist.

The oldest written evidence of kissing-like behavior dates back to some 3,500-year-old Hindu Vedic Sanskrit texts.

“Of course there have been many cultures that have kissed mouth to mouth, in a way that we would recognize as we do today. But there is the Malay kiss that Darwin described, in which women squatted on the ground and men leaned over them and they sniffed each other quickly each other, thus capturing a sample of the couple’s scent, “he says.

“One of the strangest practices that I found in my research is one that occurs in the Trobriand Islands (in Oceania).”

“There the lovers sit face to face and when they feel intimate they nibble on eyelashes, something that for many of us does not sound like the height of romanticism, but it works for them ”.

The important thing about lip kisses and other types of kisses is that it is a time for sharing intimate information.

“It’s about trust and connection and it all serves the common purpose of getting closer to people we care about.”

Kissing, pressing the lips, is an almost exclusively human behavior.

Among humans, it could have served an evolutionary purpose: to get close to pick up signals from the other, and in doing so, they began to kiss.

But if kissing has an evolutionary purpose, why don’t we see more animals kissing?

BBC journalist Melissa Hogenboom answered that question to BBC Earth in 2015 and pointed out that one of the reasons we might have been forced to get close to a colleague’s face was to sniff him.

And is that the scent can reveal all kinds of useful information: diet, illness, mood, and affinity, to name a few.

Many animals have a much more sophisticated sense of smell than ours, so they don’t have to be as close to each other.

While some species of birds strike their beaks in courtship, and various mammals largely use their nose to distinguish friend from foe, very few species of animals actually bring their lips together.

Perhaps it is because the olfactory abilities of humans are not as good compared to many of our mammalian relatives.

Other animals can pick up on scent signs without pressing their faces together.

But why don’t some cultures kiss? And will we always kiss?

“We have seen the arrival and disappearance of the act of kissing in the world for a variety of reasons, from illness, even before we knew the germ theory, it was clear that there were certain things we could do to avoid getting sick,” he says. Kirshenbaum.

“There were emperors who would forbid their people to kiss because they thought it was not a privilege that people should have ”.

“But one thing you can count on that we’ve seen time and time again is that despite proclamations of its ban, disease and plague, it always comes back ”.

This article was made on the basis of a note and a video originally published in English on BBC Future and you can read it here.

3 dental diseases that you can transmit through kissing