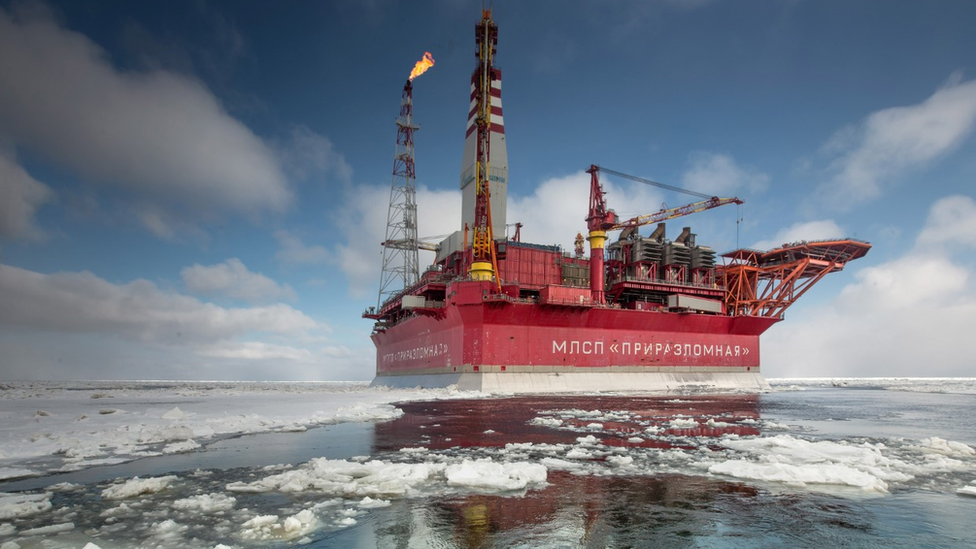 It is not expected that this time they will heed the calls to open the oil taps to lower prices.

The main oil exporters in the world meet this May 5 before the global demands for reduce the cost of the crude.

Prices have soared to the highest levels in 8 years and importing nations are asking members of the group of oil producers, OPEC+, to increase their supplies.

However, the leading OPEC+ countries are in no rush to help this time.

OPEC+ is a group of 23 oil exporting countries which meets every month in Vienna to decide how many barrels of crude to inject into the world market.

At the center of this group are the 13 members of OPEC (Organization of Petroleum Exporting Countries), which are primarily nations from the Middle East and Africa, plus Venezuela.

It was formed in 1960 as a cartel, with the aim of fixing the world supply of oil and thus controlling its price.

The largest single producer of oil within OPEC is Saudi Arabia, which produces more than 10 million barrels of crude a day.

The largest single producer of this second group is Russia, which pumps a little more than Saudi Arabia.

Together, these nations produce about 40% of all crude oil in the world.

“OPEC+ matches supply and demand to balance the market,” says Kate Dourian, a fellow at the Energy Institute, a global organization of engineers and other professionals in energy-related fields.

“It keeps prices high by reducing supplies when oil demand plummets,” he adds.

Conversely, OPEC+ also has the power to lower prices by putting more oil on the market, which is what major importers such as the United States and the United Kingdom have asked it to do. 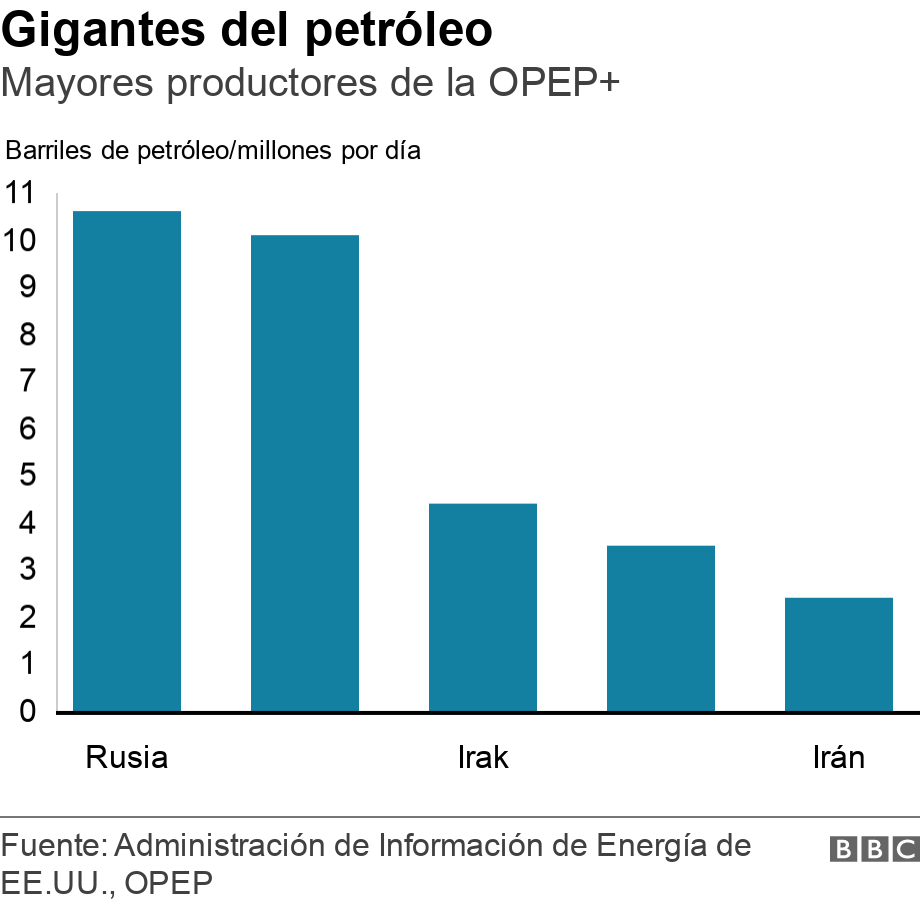 How did oil prices get so high?

In the spring of 2020, when covid spread across the world and countries implemented lockdowns shutting down their economies, the price of crude oil plummeted due to a lack of buyers.

“The producers they paid people to take the oil off their handsbecause they didn’t have enough space to store everything,” describes Dourian.

After this, the Opec+ countries collectively agreed to cut production by 10 million barrels per day, to drive the price back up.

It is now supplying about two and a half million barrels of oil a day, less than in the spring of 2020.

However, when Russia invaded Ukraine, the price of crude soared to more than $100 a barrel.

This has caused significant increases in the price of gasoline.

“When OPEC+ cut supplies by 10 million barrels a day in May 2020, they cut too much,” says David Fyfe, chief economist at Argus Media.

“Now they are increasing the offer to a slow pace which does not take into account the effects of the crisis between Russia and Ukraine”, he adds.

There is fear among oil buyers that the European Union will follow the US and impose an embargo on oil imports from Russia, says Fyfe.

Europe currently imports more than two and a half million barrels of crude oil a day from Russia.

“The threat of an embargo on Russian oil has scared the markets,” he says, “because it could lead to a sharp reduction in supply.”

Why will OPEC+ not increase oil production?

The president of United States, Joe Bidenrepeatedly asked Saudi Arabia to increase its oil production, but to no avail.

The Prime Minister of the United Kingdom, Boris Johnson, also asked Saudi Arabia and the United Arab Emirates to increase production, as part of a visit to both countries. It was also rejected.

“Saudi Arabia and the United Arab Emirates have capacity to spare, but they refuse to increase production,” says Kate Dourian. “They don’t want the West to tell them what to do”.

“They are saying that the gap between supply and demand is narrowing and that today’s high prices simply reflect panic on the part of oil buyers,” he adds.

Other OPEC+ nations are finding it difficult to increase their oil production.

“Countries like Nigeria and Angola have been exceeding their production quotas by a million barrels a day collectively over the past year,” reports David Fyfe.

“Investment fell during the pandemic and oil installations, in some cases, received no maintenance. Now they are realizing that they cannot really increase production.”

What is Russia’s position?

OPEC+ also has to respect Russia’s wishesas it is one of the two largest partners in the alliance.

“The Russians are happy with prices at this level,” says Carole Nakhle, CEO of Crystol Energy. “They have nothing to gain by seeing them go lower.”

“OPEC wants to maintain good relations with Russia, so it is very likely that they will continue with the agreement that they all made last year. That means increasing crude supplies very gradually between now and September,” he concludes.