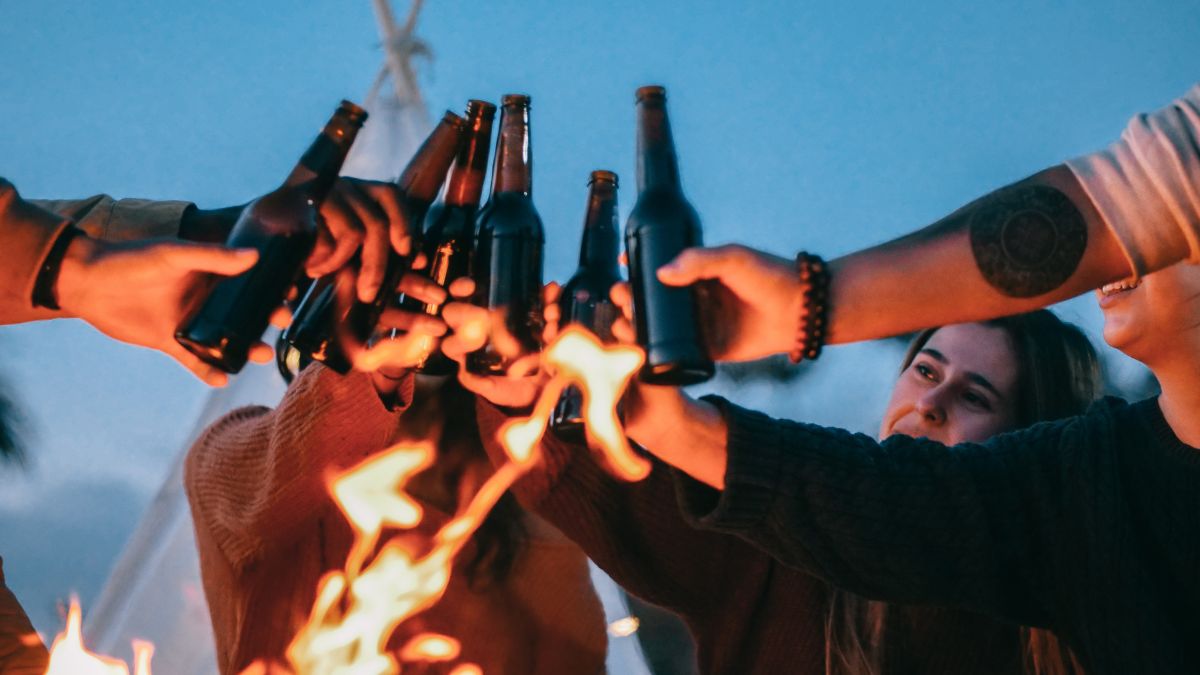 It is undeniable to say that most of us are crazy about beer, especially in the hot season. It is one of the most consumed and popular alcoholic beverages in the world, it is accessible, delicious, refreshing and ideal to take to any party or meeting. In addition to being a fermented drink and low alcohol content, its moderate consumption has been related to some health benefits which are undoubted. However, it is also associated with some side effects that are worth being aware of and one of the main ones is abdominal bloating.

Probably one of the aspects that most concern people and health experts about the consumption of beer, is its high in calories and especially carbohydrates. The reality is that there are other potentially negative aspects of drinking beer and without a doubt feeling bloated, it is one of the most recurrent and it also has a fairly simple reason.

Why does beer cause bloating?

For years we have been used to certain popular myths around beer consumption, one of the main ones being its negative effects on weight gain and belly. The truth is feeling bloated or gassy after drinking beerIt is also one of the most annoying and immediate consequences. Why does it happen? Beer, like other carbonated beverages, can make the stomach bloat by releasing carbon dioxide gas into the body.

For more details: the body needs a certain amount of natural gas in the gastrointestinal tract on a normal basis, as does oxygen, hydrogen, and carbon dioxide. These gases keep the digestive system working properly and allow the formation of natural bacteria that break down food. However, through certain lifestyle and eating habits on many occasions we have a excessive amount of any of these gases. And one of the main causes is the accumulation of added carbon dioxide from carbonated beverages such as beer. Worst of all, not only will abdominal swelling be more prevalent, but carbonation can lead to excess gas and belching.

So it has been proven that carbonation in beer can lead to excess carbon dioxide in the body and This can happen regardless of how much you drink. This is an interesting fact, since many people tend to think that bloating and excess gas are symptoms that appear when you have drunk excessively. According to the experts, we are all different when it comes to how much you need to drink to suffer any of these consequences. There are cases in which it depends more on the type of beer that is consumed.

In addition, apart from carbon dioxide, there are other ways in which alcohol and in particular beer can cause bloating. According to a review led by Alcohol Research, regular alcohol consumption can lead to intestinal inflammation over time, which leads to bloating and weight gain in the stomach area. This is caused by an alteration of the intestinal microbiota, the truth is that this inflammation is a condition that should not be ignored since it can cause problems in the organs when it becomes chronic.

By way of conclusion we can say that not everything is black and white, it has been proven that alcohol consumption in moderation it is part of a healthy lifestyle. However, beer is one of the drinks that is most associated with this most uncomfortable side effect for some.

Therefore, if every time you consume beer you invariably suffer from any of these symptoms, it is very likely that you are very sensitive to carbonation. Without a doubt, it could be a good excuse to enter the fascinating world of beer, learn about the main variants and discover which ones are friendly to our body.