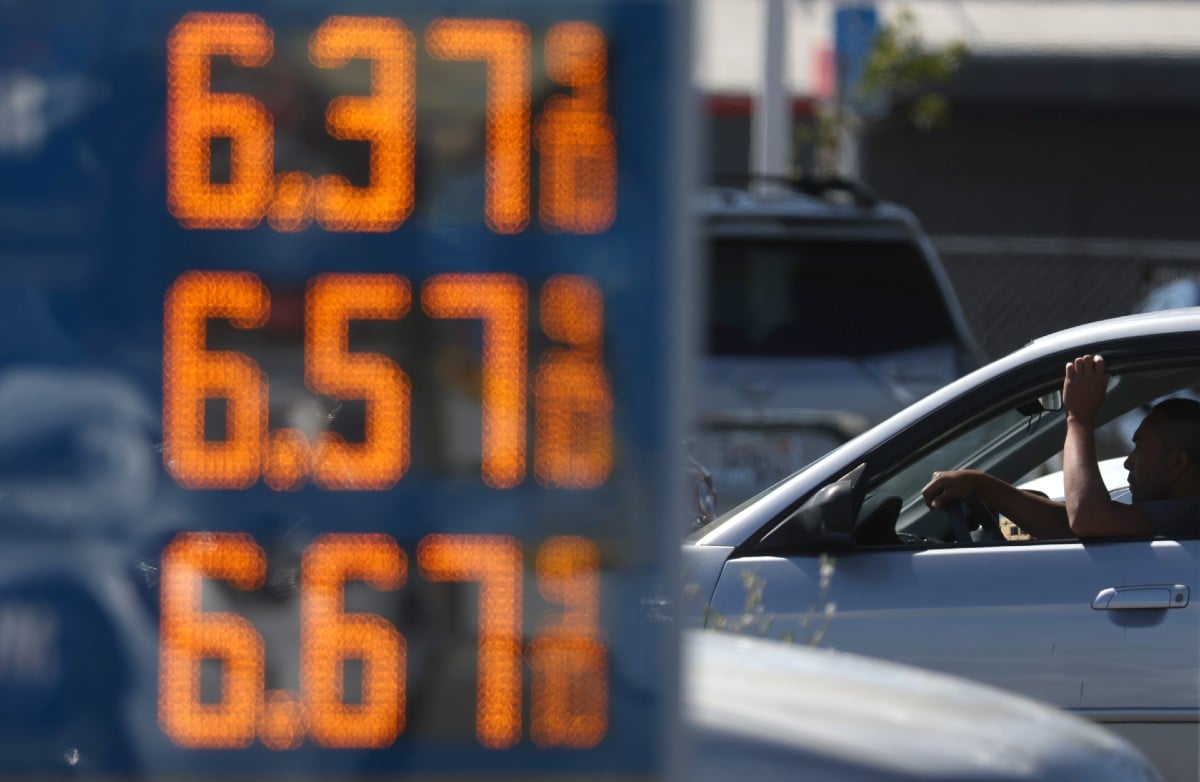 Without a doubt, finding gas prices over $6 is a serious blow to personal finances; however, in some states of the country in where the prices are lowerthe impact on the pocket can be worse.

The answer is in the variations by median income levels that Americans receive for their work in the different states of the country.

If these amounts are compared with average gasoline prices, one can obtain the time a worker must spend to earn enough dollars to fill his car’s tank with 15 gallons of regular gas, an exercise by CNN.

Considering these data, the analysis showed that currently, Americans must work 2 hours and 19 minutes of their workday to fill the tank of your vehicle with 15 gallons of regular gasoline.

This data added 38 minutes to the time the Americans should invest by working to fill the gas tank until last February 23, the day that Russia’s military invasion of Ukraine began and the escalation of prices began in the country.

What scenario are you starting from?

Average prices for a gallon of gasoline are high throughout the country. This Wednesday, the national average price climbed to $4.95 dollars, according to AAA, and is on the verge of $5 dollars per gallon, which some specialists said could reach mid-June.

This Tuesday, in at least 14 states, the average price of gasoline reached $5 dollars per gallon, according to AAA data.

With these prices, drivers are spending up to $80 to fill the tank of their cars, which in itself already means a hard blow to the economy in a scenario of high inflation.

If you look at the price map of the country, one obvious conclusion would be that drivers in California, where the average price of gasoline is $6.39 per gallon, suffer more than consumers in any other state that pays less money for each gallon.

Higher price is not equal to greater economic impact

However, the analysis CNN made by comparing the average prices of gasoline with the average income in each state showed that the relationship proposed between high prices and economic impact is not necessarily true.

While it is true that drivers in California pay the most expensive price per gallon in the country, it is also true that the average salary of workers in this state is $37.07 dollars, that is, 16% more compared to the national averageaccording to data from the Bureau of Labor Statistics.

The data obtained from this exercise showed that discomfort due to the rise in prices is felt in all states and not only in those where the prices at the pump even touch $10 dollars.

However, returning to the example of California, according to the data compared, a person would need to work two hours and 35 minutes to buy 15 gallons of regular gasolineeven a few minutes less than the national average, even though it has the highest prices.

In contrast, in Mississippi, drivers paying $4.47 per gallon, one of the three lowest prices nationwidethey must work 14 minutes longer than workers in California to buy 15 gallons of regular gasoline.

This is because, in this state, the average salary is $23.76 dollars, lower than the national average of $31.95 dollars and also because of the $37.07 dollars that workers in California earn on average.

Nevertheless, Nevada is the state where the situation is worsebecause here high gasoline prices are combined with low wages.

According to official data, workers earn an average salary of $28.17 dollars, which is 12% less compared to the national average salary; while the average price of gasoline in this state is $5.56 per gallon, according to AAA.

This means that workers in this state they must spend two hours and 57 minutes on their jobs to be able to buy 15 gallons of regular gasoline.

This is the list of the 10 states in which more time should be spent working to pay for 15 gallons of gasoline:

You may also like:
– Inflation will remain high: Treasury Secretary Janet Yellen admits it is the biggest problem in the US.
– Goldman Sachs predicts the US economy will slow but dodge a recession as the Fed raises rates
– Why thousands of Americans who took early retirement in the pandemic are now going back to work