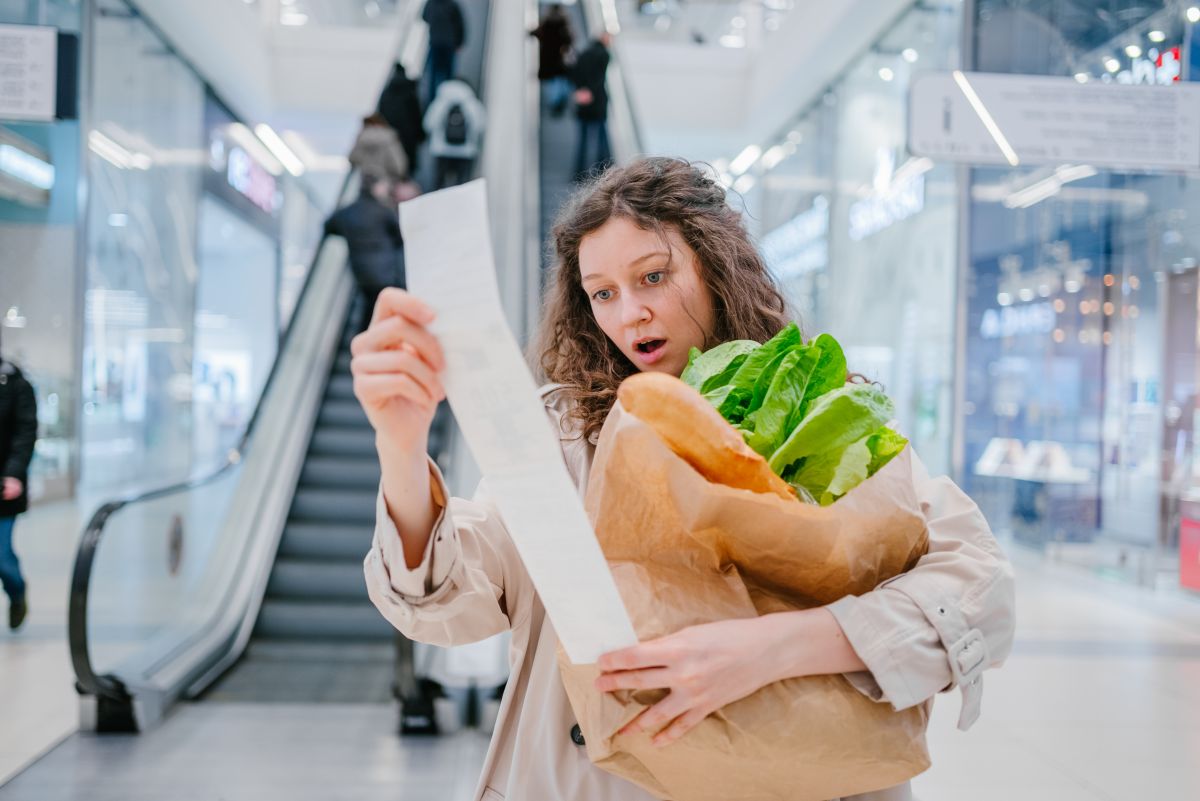 Last year companies around the world began raising prices at a rate not seen in decades. Among the major economies, one country was one of the hardest hit: the United States.

Prices rose at an annual rate of 4.7% last year, faster than any other country in the Group of Seven (G7) of more developed economies, according to the Organization for Economic Co-operation and Development (OECD). In the UK, for example, inflation was only 2.5%.

Last month, US inflation hit 8.6%one of the highest rates in the world.

Many of the factors driving inflation last year were not unique to the United States, such as supply disruptions from the Covid pandemic and rising food prices from crop damage from severe storms and droughts.

The reason the US fared worse? In two words: high demand.

This increase in demand was driven by $5,000 trillions of dollars approved by the US government to protect homes and businesses from the economic impact of the pandemic.

There was an increase in demand for goods such as furniture, cars, and electronics, and the reason was that consumers redirected money that they might otherwise have spent on restaurants and travel.

A recent study by the Federal Reserve Bank of San Francisco concluded that pandemic relief packages likely contributed to a 3 percentage point increase in inflation through the end of 2021, a factor that largely explains why US inflation The US surpassed that of other countries in the world.

Oscar Jorda, the bank’s senior policy adviser and one of the people who worked on the study, cautioned against putting too much emphasis on exact percentages, but said the big picture is clear.

“these programs (…) they were a considerable injection of liquidity into the pockets of consumers at a time when the industry was perhaps not prepared to respond to an increase in demandJorda said in an interview in May. Those aids translated into “a great stimulus to what I would call demand-driven inflation.”

Slow response from the Fed

The risk that the aid packages would trigger inflation was raised before they were passed, most notably by Harvard University economist Larry Summers, a longtime adviser to the Democratic Party, as well as by some Republicans.

But other experts, including the head of the Federal Reserve or Fed, the central bank of the United States, argued that the price increases would be “transient” and would disappear as the problems in the supply chains related to covid abate.

The Fed, which launched its own stimulus policies at the start of the pandemic, slow to respond to price increaseseven as inflation expectations in the US began to shift, says economist Ricardo Reis, a professor at the London School of Economics.

“It iseither(the change in expectations) it’s what turned transient into persistent and again the Fed was slow to respond to thatReis pointed out.

As US households were protected by stimulus checks, rising prices were not widely felt last year as a cost-of-living crisis, despite wages not keeping pace with inflation.

But as consumers depleteRon their savings, the panorama it was Changingcreating a serious political problem for the American president Joe Bidenwhom Republicans blame for rising prices.

Biden, for his part, has blamed the war in Ukraine, which affects oil supplies and exports of basic products such as wheat, raising prices and impacting consumers around the world.

In the Eurozone, prices rose at an annual rate of 8.1% in May, led by countries close to Russia that depend on its oil and gas, such as Estonia, where prices rose 20.1%.

In the UK, which is also heavily dependent on food and energy imports, inflation hit 7.8% in April (just behind the US among most advanced economies) after the cap limiting energy bills, says the OECD.

The consumer price index compiled by the British government, which excludes housing costs, which are included in the OECD figure, showed an even faster rise: 9%.

Even Japan, which has struggled to keep its inflation rates above zero, saw a 2.5% price increase in April.

The OECD expects inflation reach its peak this year, with an average of 5.5% among the most advanced economies and 8.5% for the 38 countries of the organization, before falling back in 2023.

Professor Reis said he was encouraged by the steps the Federal Reserve, the Bank of England and other institutions have taken to tackle the problem, including rising interest rates.

“I hope, although it is a bit uncertain, that this can happen without causing a recession,” Reis said.

The expert added that it is unlikely to return to the typical inflation target of 2%.

Even in the largest economies, policymakers are looking for ways to cushion the impact of inflation on households hit by skyrocketing costs of living.

Some European countries, such as Spain and Portugal, have set maximum prices for gasa type of response economists generally discourage, since caps tend to keep demand high by subsidizing consumption.

In the US, Biden released unprecedented amounts of oil from national reserves to try to reduce the price of gasoline, which, in addition to food, is the other most immediate “pain” point for consumers.

But as the war in Ukraine continues to expose supply problems, the power of politicians and central banks remains limitedanalysts point out.

“In the long run, they can do a lot of things in terms of investing in different energy transition policies and things like that,” says Oscar Jorda. “But in the short term there really isn’t much that can be done.”