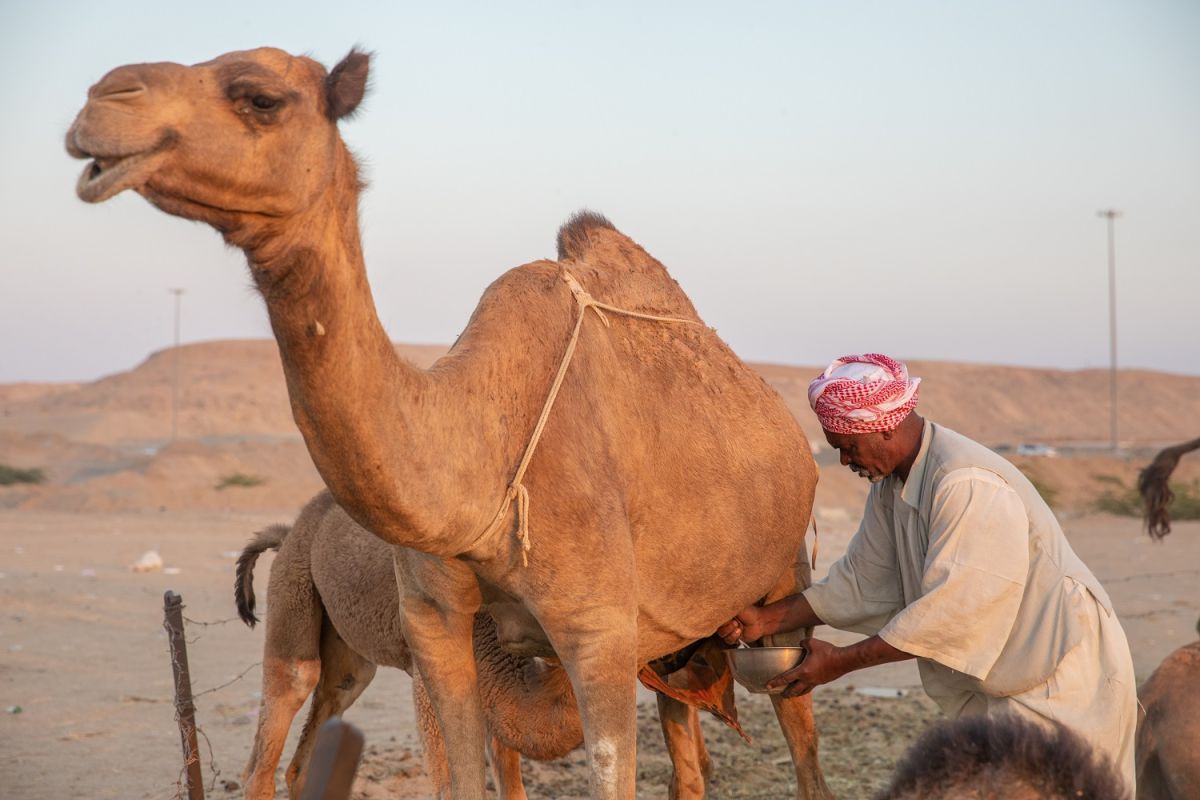 Camel milk is a beverage that has been consumed for several centuries in Middle Eastern, Asian, and African cultures. Today camel milk is sold in many countries, including the United States. It is more expensive than cow’s milk. We review the reason and why some people prefer it.

To keep camel milk fresh longer, it is usually powdered, although liquid and frozen camel milk can also be found.

Camel milk is versatile and, in most cases, can replace other types of milk. In the United States, camel milk has a high cost when compared to cow’s milk. According to Newstrail data, Desert Farms charges USD 35 per liter of camel milk, while cow’s milk costs about USD 0.80 per liter.

The high price of camel milk products is due to high manufacturing costs. Camels produce much less milk than a cow, about 6 liters per day, compared to 24 liters for a dairy cow.

Another reason for the high costs of camel milk is that demand exceeds supply in most Western countries. In the United States, camels are being imported, and dairy farms are being established, although they are few. The FDA also significantly limits camel milk imports into the country.

Camel milk is highly sought after, and demand is growing. Consumption by autistic people is increasing, as is demand from lactose intolerant people. Camel milk may be a better choice for people with lactose intolerance or milk allergies as it contains less lactose than cow’s milk.

In addition to being one of the most nutrient-rich dairy beverages, camel milk contains natural probiotics and is credited with beneficial health effects.

Healthline notes that camel milk is comparable to whole cow’s milk in terms of its calorie, protein, and carbohydrate content. However, it has less saturated fat and offers more vitamin C, B, calcium, iron, and potassium.

It is also noted that camel milk is a good source of healthy fats, “such as long-chain fatty acids, linoleic acid and unsaturated fatty acids, which can support brain and heart health.”

According to WebMD, camel milk is high in antioxidants that help prevent damage to cells that can lead to disease. “Camel milk is the closest natural substance to human breast milk. Like breast milk, it protects newborn babies from various health problems,” adds the health magazine.

Camel milk also has compounds such as lactoferrin, immunoglobulins, and camel whey protein, which can help fight disease-causing organisms and boost immunity.