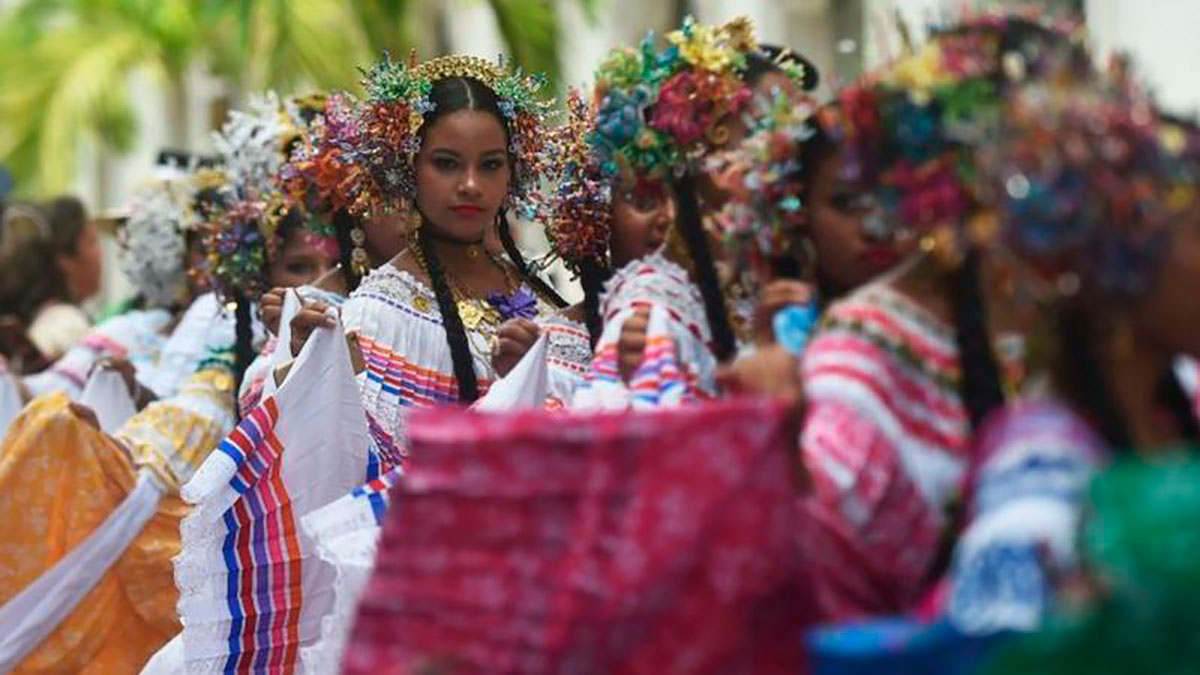 Guatemala, Honduras, El Salvador, Nicaragua and Costa Rica celebrate this September 15 the bicentennial of the signing of the TOcta Independence of Central America, with which they broke the ties of more than two centuries with the Spanish empire.

But a nation – geographically Central American – was not included in the act and had to wait another two months to separate from Spain and several decades to become an independent state.

“Panama achieves independence (from Spain) on November 28, 1821, later than the rest of the other Central American countries. And unlike them, it does not become a republic but instead becomes part of Gran Colombia, the project of union of nations of (Simón) Bolívar ”, the historian tells BBC Mundo Victor Ortiz, from the Institute of National Studies of the University of Panama.

According to the academic, the processes that led Panama and the then newly independent Central American republics to such different directions must be found in history.

And more precisely, in the times of the conquest and colonization and the way in which economic, political and social differences developed between the different Spanish territories in America.

According to Ortiz, over the centuries, notable cultural, economic, and political differences have manifested between Panama and the other nations of the isthmus.

This has led to the fact that even today, it is still common in the region to hear colloquially speaking of “the five Central American countries”, in a region shared by seven independent nations (including English-speaking Belize).

This situation has a long history: even national symbols such as the flag of Honduras or the shields of Nicaragua and El Salvador represent the brotherhood of the nations of Central America with only five symbols (be they volcanoes or stars).

“This is due to the very political-administrative division applied by the Spanish crown,” says Ortiz.

And, according to the historian, in the process of conquest and colonization, Panama was administratively linked to the south of the American continent and not to its center.

First, it was part of what was then the Viceroyalty of Peru (which included much of South America) and later, from Viceroyalty of New Granada (also made up of the current Venezuela, Colombia and Ecuador).

Guatemala, Honduras, El Salvador, Nicaragua and Costa Rica, which were the ones who declared independence on September 15, 1821, were part, instead, of the Captaincy General of Guatemala, which belonged to the Viceroyalty of New Spain.

According to Ortiz, economic differences also played a role in what were already manifest cultural and political separations.

“What is today Panama, unlike the rest of Central America, was a territory of great importance for Spain, because it served as a base for international trade,” he recalls.

In fact, for more than a century in Panama there was the so-called Portobelo Fair, where the bulk of the annual commercial exchanges between the Spanish empire and its territories of the Viceroyalty of Peru took place.

“Until 1821 Panama was a strategic and nerve center of the crown of Spain, which was not the case with the rest of Central America. Being a transit area, it was closely linked to the international market and that will define its social, political and economic structure, ”says Ortiz.

However, the historian recalls that by that time, almost all the rest of South America, which had had more cultural influence on Panama, had also become independent, to which the other Central American countries joined later.

“By 1821 the Spanish troops were being defeated throughout the continent and if Panama did not declare independence autonomously, it could be taken by Bolívar’s troops. That is why the ruling classes made the decision to declare independence and thus be able to have greater decision-making power over their destiny ”, comments the academic.

At the beginning of November of that year, signs of insurrection had begun to show.

A community called Villa of All Saints he had declared independence and there was fear that his call would spread throughout the country.

“That accelerated the city groups making the decision to separate from Spain because obviously there was fear that after that cry for independence, other cities were going to do the same,” says Ortiz.

And so, almost without firing a shot, the richest groups in Panamanian colonial society bribed Spanish troops to withdraw and signed their independence in an extraordinarily express process: just over two weeks after the shout in Villa de Todos the Saints.

However, this did not mean the birth of a new nation: although the independence of Central America turned Guatemala, Honduras, El Salvador, Nicaragua and Costa Rica into republics, Panama chose another destination.

In an extraordinary move, the Panamanian independentists chose to join the territory of the old viceroyalty with which they had maintained ties and which was now Gran Colombia, under the command of Bolívar and which also included the current republics of Colombia, Ecuador and Venezuela.

“Given the importance of the territory that today is Panama for Spain, there was a danger that Spain would want to reconquer it. At that time, in Panama there was not much population or means to fight a war; that’s when they decide to join Gran Colombia ”, says Ortiz.

The historian recalls, however, that in the act of independence, although they voluntarily joined the territories liberated by Bolívar, Panamanians advocated maintaining their economic and political freedoms.

But with the disintegration of Gran Colombia in 1831, Panama remained united to what is currently Colombia with different names and political-territorial organizations until, finally, it separated in 1903.

“It would soon emerge that due to those own historical differences, there were also numerous cultural differences with Colombia, which used to be more conservative. And that ultimately led to the separation, ”Ortiz recalls.

The division, which in Colombia is still seen as a secession under the auspices of the United States (which was then seeking to resume the construction of the Canal), gave way to a new republic.