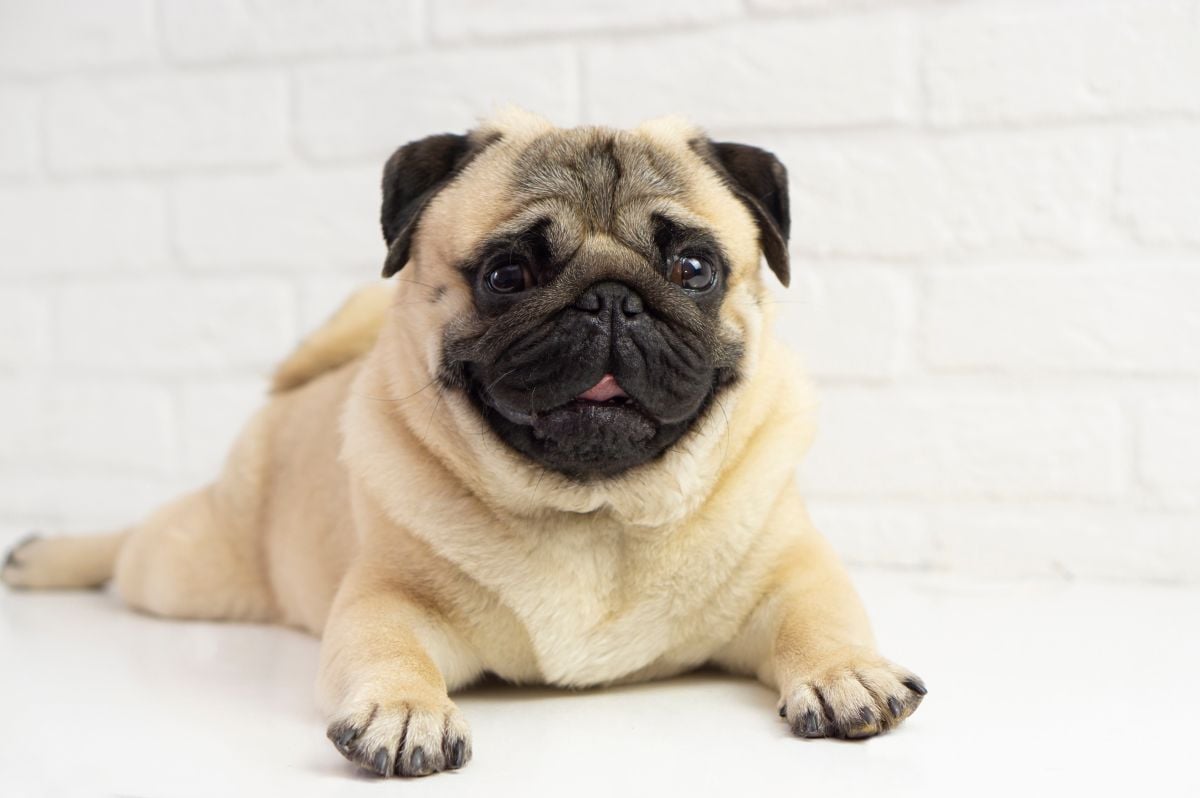 What makes them adorable in the eyes of others, for them is an ordeal.

the pugsalso known as pugs or pugs, are short, solid-looking dogs.

Just like boxers or bulldogs, they are what is known as brachycephalic, species with a flat or flattened face and short snout. (The word “brachycephalic” derives from the Greek terms “brachy” or short and “cephalous” or head).

Pugs are bred for their distinctive appearance, but those same popular traits have been taken to such extremes that they pose serious risks to their survival.

A new study by British scientists indicates that pugs face health problems so serious that “they can no longer be considered a typical dog from a health perspective”.

what the study says

The investigation concluded that pugs are nearly twice as likely to experience one or more disorders per yearcompared to other dogs.

“Now we know that Several serious health problems are linked to the extreme body shape of pugs that many humans find so attractive.asaid Dan O’Neill, associate professor of animal epidemiology and lead author of the new study.

From the time of Confucius

Before we delve into pug health issues, a little background.

In their study, the British scientists include a section on the background and general characteristics of the species.

Pugs are thought to represent an ancient dog morphology, the researchers note.

Short-nosed dogs similar to today’s pug”they were already documented by Confucius in the year 551 BC“.

The breed originates precisely in China, but in the 16th century Dutch traders brought copies to Europe and today the pug is particularly sought after in the United Kingdom, although its popularity is global.

A survey by the largest federation of Kennel Clubs, the Fédération Cynologique Internationale, noted that pugs are one of the 30 most popular breeds internationally.

Scientists at the Royal Veterinary College note that the name of the breed “derives from pugnus, fist in Latinbecause the lateral profile of the head resembles the shape of a clenched fist”.

The name “pug” comes from an old Italian comedian of the 18th century, Carlo Antonio Bertinazzi, who was called Carlin and who in his performances dressed as a harlequin with a black mask that reminded the black area around the pug’s eyes.

The popularity of pugs has increased considerably in the last two decades.

In the UK, for example, the number of registrations tripled between 2005 and 2015.

This is mainly because the pug’s small body size, combined with its short nose and large head and eyes.”can arouse positive emotions by adapting to the ‘baby schema’ facial configurationwhich triggers innate nurturing responses in humans,” the British researchers note.

And they add: “Empirical studies have shown that these characteristics increase attractiveness, particularly for women.”

A catalog of suffering

The same facial features that some people find so adorable have been widely associated with various disorders.

The new study cites among the most frequent ailments of pugs brachycephalic airway obstruction syndrome (BOAS).

This means that due to their very short snout, pugs frequently suffer from breathing difficulties.

They can also suffer ulcerations or lesions on the corneadue to constant irritation with the hair of the nasal fold.

On the other hand, having difficulty breathing, they do not tolerate heat well, and because they have a narrower trachea than other dog breeds, they can suffer from other respiratory and heart problems.

Obesity is another big problemaggravated by limited movement due to breathing difficulties and the fact that pugs, despite their small size, tend to be overfed by their owners.

This breed also has a high degree of inbreeding. A 2008 study by scientists at Imperial College noted that 10,000 registered pugs in the UK were so highly inbred that they represented the equivalent of only 50 distinctive individuals.

“Their brains are crushed”

The findings of the Royal Veterinary College study “come as no surprise” to Myfanwy Hill, a veterinary surgeon who works at the University of Cambridge.

“The problem with it is that it’s a dog with a smaller skull, but none of the rest of the dog has gotten correspondingly smaller,” Hill told BBC Newsbeat journalist Manish Pandey.

“Their brains are crushed in a box that’s too small“, and other soft tissues are “compressed into a smaller space”.

Hill says that due to their narrow nostrils, pugs must “try to breathe like they’re breathing through a really narrow straw“, so something simple like breathing becomes “much more difficult work”.

The common image we have of pugs smiling and sticking out their tongues, as if panting, actually denotes a serious problem, according to Hill.

The abundance of folds can also cause skin problems. “They have more skin than they need for the size of their face,” which can cause skin infections, pain, and itching.

And the spiral-shaped “attractive tail” that many people like actually shows a “malformed vertebra” which can result in herniated discs.

What can we do?

O’Neill says it’s important to “focus on the health of the dog rather than the whims of the owner when we’re choosing what kind of dog to get.”

“As long as these extreme and unhealthy characteristics remain, we will continue to strongly advise potential owners to do not buy brachycephalic breeds like pugs,” said Justine Shotton, president of the British Veterinary Association.

Hill says that people who buy dogs do so “in good faith” and it’s important to “not assign blame.”

Those who are already owners of pug dogs can take some precautions into account.

One of them is to be alert to possible symptoms of respiratory difficulties, such as excessive panting or loud breathing.

Care is especially important during the summer when pugs are at higher risk for heat-related problems so must be kept cool.

And although “barrel-shaped bodies are really cute for many” weight control is important, because “an overweight short-faced dog like a pug is at even greater risk.”

“Animals have thoughts and feelings of their own,” Hill told the BBC.

“We have to make sure that Live a long, happy and healthy life.”

* You took your dog to the vet but didn’t come back for him; the reason why she left him surprised everyone
* Shocking birth of a dog with one eye, 2 tongues and no nose
* Dog froze to death because his owners left him chained