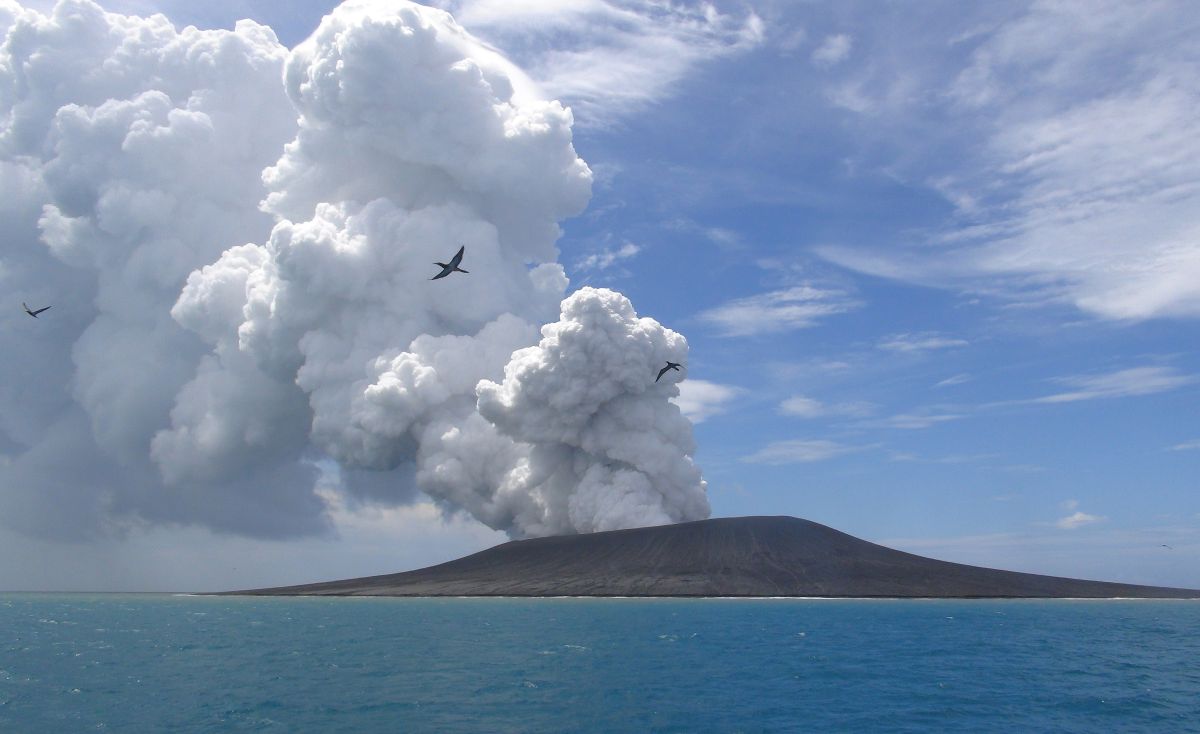 Since the beginning of the year, Earth’s atmosphere has more water vapor than usual.

Last January 15, the underwater volcano Hunga Tonga-Hunga Ha’apai erupted near the island of Tonga and created a tsunami and a sonic explosion whose waves spread around the world on 2 occasions.

It has been considered one of the most powerful volcanic eruptions that have been recorded on the planet. And now, a group of scientists has discovered that its impacts have gone beyond the lava, the ash and the sonic boom it generated.

A study of NASA Jet Propulsion Laboratory in California published in the most recent edition of the magazine Geophysical Research Letters shows that the volcano also released a gigantic amount of water vapor into the atmosphere.

It was so much that scientists fear warmer than expected – albeit temporarily – the surface of the Earth.

“This eruption could affect the weather (…) rather through surface heating due to radiative forcing from excess stratospheric water,” the research indicates.

The study explains that this is an anomalous effect, since generally what happens with large volcanic eruptions is that the planet’s climate cools, since the ash clouds cover the sun.

This is what is called “volcanic winter” and an example of this occurred after the eruption of Mount Tambora in 1815, which triggered “the year without a summer” in 1816.

A massive amount of water

The study indicates that the amount of sulfur and other substances released by the Hunga Tonga-Hunga Ha’apai were insignificant compared to the amount of water.

Scientists believe that volcanic activity launched 146 teragrams of water to the stratosphere, which is between 12 and 53 kilometers above the surface of the Earth.

To give you an idea, a teragram is equal to a trillion grams, which implies that the amount of water vapor expelled could fill 58,000 Olympic swimming pools.

This, according to research, is equivalent to 10% of the water already present in the stratosphere.

“This is not surprising as the Hunga Tonga-Hunga Ha’apai caldera was situated 150 m below sea level. The massive explosion injected water vapor at altitudes of up to 53 km,” the study indicates.

Records suggest that this It is the largest amount of water that has been injected into the stratosphere, “by a volcano or otherwise”, since the “era of satellites” began.

And it is that the detection was made through an instrument called Microwave Limb Sounder that is located on NASA’s Aura satellite.

This satellite measures water vapour, ozone and other atmospheric gases.

“We have never seen anything like this. We had to carefully inspect all the measurements to make sure they were reliable,” study author Luis Millán of NASA’s Jet Propulsion Laboratory said in a statement.

The study predicts that this increase in the amount of water vapor could potentially warm the Earth’s surface, since one of its functions is to trap heat from the Sun.

The researchers believe that excess water vapor could remain in the stratosphere for several years and could also lead to chemical reactions that deplete the ozone layer protector of the Earth.

However, they point out that these effects will be smaller in scale and temporary and will dissipate as the additional vapor diminishes, so they do not believe that it will be enough to exacerbate the climate change due to human action that the planet is already suffering.

* Videos of the volcanic eruption in Iceland show the explosion and the lava flows
* Tonga eruption was “hundreds of times” stronger than an atomic bomb: NASA
* Eruption of the Tonga volcano, the loudest since the mythical Krakatoa in 1883