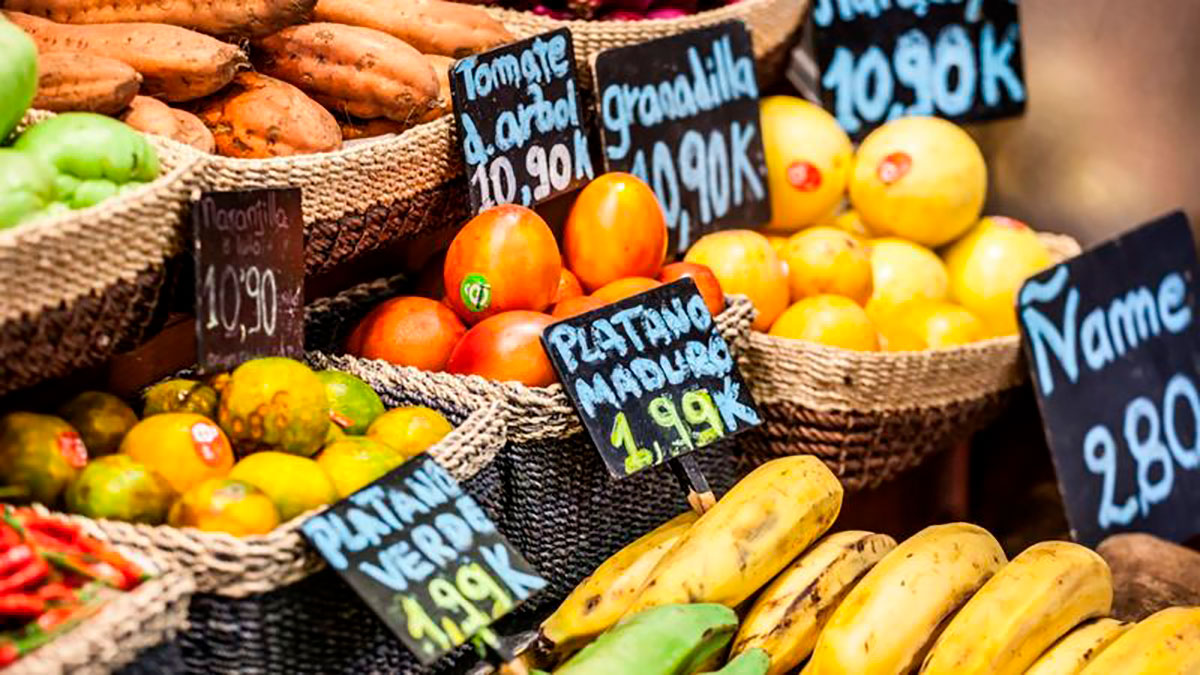 World food prices soared almost 33% in September 2021 compared to the same period last year. That’s according to the monthly food price index from the Food and Agriculture Organization of the United Nations, FAO, which also found that global prices have risen more than 3% since July, reaching levels not seen since 2011.

The Food Price Index is designed to record the result of the combined changes in a range of food products, including vegetable oils, grains, meat and sugar, and compare them from month to month. Converts current prices into an index, relative to the average price levels between 2002 and 2004. This is the standard source for tracking food prices –nominal prices, as they are known, which means they are adjusted for inflation.

While nominal prices inform us of the monetary cost of buying food in the market, prices adjusted for inflation (what economists call the “real” prices) are much more relevant to food safety – how easily people can access their own nutrition.

The prices of all products and services tend to rise faster than average income (although not always). Inflation means that consumers not only have to pay more per unit of food (due to the rise in the nominal price), but have proportionally less money to spend on it, given the parallel rise in prices of everything else except their wages and Other income.

Last August, I analyzed the FAO Food Price Index adjusted for inflation and found that global real food prices were higher than in 2011, when food riots contributed to the overthrow of governments in Libya and Egypt.

Based on real prices, it is now more difficult to buy food on the international market than in almost any other year since the UN began keeping records in 1961. The only exceptions are 1974 and 1975. Those spikes in food prices occurred after the oil price spike in 1973, which generated rapid inflation in various sectors of the global economy, including food production and distribution.

So what is driving food prices to record highs?

The drivers of average international food prices are always complicated. The prices of different products go up and down based on universal factors, as well as those that are specific to each product and region.

For example, the rise in the price of oil that began in 2020 has affected the prices of all food products in the FAO index, by raising the costs of food production and transportation.

The labor shortage as a result of the covid pandemic has reduced availability of workers to grow, harvest, process and distribute food, another universal reason for the rise in product prices.

In fact, the real average price of food has been rising since 2000, reversing the previous downward trend that was sustained since the 1960s.

Despite global efforts – which, in part, have responded to the targets set by the Millennium Development Goals and subsequent UN Sustainable Development Goals to reduce hunger – prices have consistently made food less accessible.

No single product has consistently been responsible for the increase in the average real price since 2000. But the price index of the crops of Edible oils has risen significantly since March 2020, mainly driven by vegetable oil prices that soared to 16.9% between 2019 and 2020. According to FAO reports on crops, this was due to growing demand for biodiesel and weather patterns inclement.

The other food category with the greatest effect on the increase in food prices is the sugar. Here again, inclement weather, including frost damage in Brazil, has reduced supply and inflated prices.

Grains have added less to the overall price increase, but their availability around the world is particularly important for food security. Wheat, barley, corn, sorghum and rice are responsible for at least 50% of global nutrition, and up to 80% in the poorest countries.

The global stored inventory of these crops has been shrinking since 2017, as demand has outstripped supply. Declining stocks have helped stabilize global markets, but prices have risen sharply since 2019.

Again, the reasons behind individual fluctuations are complicated. But one thing that deserves attention is the number of times since 2000 that “unpredictable” and “unfavorable weather” has been reported by FAO as a cause of “lowered crop expectations”, “weather-affected crops” and “declining of the production”.

Europeans may worry about the price of pasta when droughts in Canada cut back on wheat crops. But, as the real price index for grains approaches the levels that turned bread price riots into full-blown rises in 2011, there is a urgent need to consider how communities in less affluent regions can cope with these tensions and avoid unrest.

Our technological capacity and socio-economic organization cannot successfully handle unpredictable and unfavorable weather. This would be a good time to imagine the food supply in a warmer world by more than 2 ° C, a result that today is considered increasingly likely according to the most recent report of the Intergovernmental Panel on Climate Change.

Without radical changes, climate deterioration will continue to reduce international access to imported food, far beyond any historical precedent.

Higher prices will reduce food security, and if there is only one firm law in social science, it is that starving peoples will take radical measures to secure their livelihoods, especially where leaders are perceived to have failed.

* Alastair Smith is a teacher Professor in Sustainable Global Development at the University of Warwick, United Kingdom. His original article was published in The Conversation whose English version you can read here.