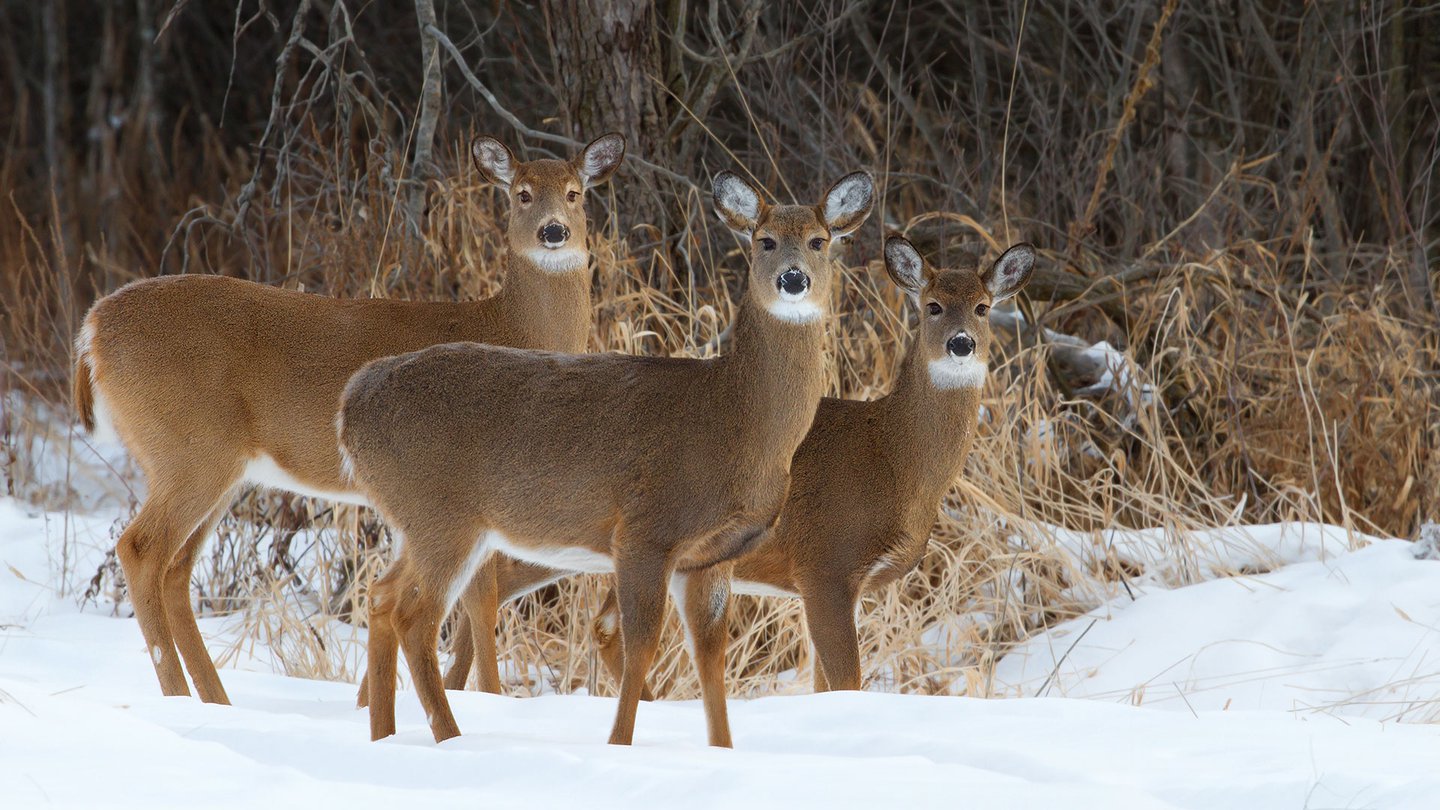 Veterinarians and virologists from different universities in the United States issued an alert. The results of the study prepared by the experts are worrisome due to the implications it could have for the population.

Since Covid-19 showed up and spread throughout the world in such a way as to generate a global epidemic, there are indications that white-tailed deer, found mainly in the United States, is very susceptible to get the virus. Now, many of these would have contracted the virus across the country. New studies have yielded concerning results, and could alter the long-term course of the pandemic.

Available studies affirm that Covid spreads rapidly among the deer population , in particular white-tailed deer. According to a study brought up by National Public Radio, one of the most prestigious public media in the United States, the virus is already widespread in the deer population.

At first, the same results were predicted thanks to theoretical knowledge: computer models carried out until September last year by the National Academy of Sciences of the United States suggested that the coronavirus could easily bind to and penetrate deer cells. Now, in a study conducted by the same institution, and published on November 23, 2020, it was discovered that 40% of the tested deer population had developed antibodies against Covid.

Veterinarians at the University of Pennsylvania have found active Covid infections in at least 30% of the white-tailed deer studied in Iowa. Their report suggests that this species of deer could transform into what is known as a coronavirus reservoir. In this sense, animals could carry the virus indefinitely and continue to spread it to humans periodically.

If this is the case, the consequences could be very serious. Suresh Kuchipudi, the University of Pennsylvania vet who co-led the study, says that if deer play the role of reservoir, any hope of eliminating or eradicating the virus would be in vain in the United States, and therefore in the whole world. “If the virus has opportunities and finds alternative hosts aside from humans, what we would call a reservoir, that will create a safe haven where the virus can continue to circulate even if the entire human population becomes immune,” he told NPR. “And so it becomes increasingly difficult to control or even eradicate the virus,” he added.

A white-tailed deer in a flower garden. Photo: Getty Images

They were “quite surprised” by the results, according to Vivek Kapur , the microbiologist at the same University who also co-led the study. “We were very surprised to see such a high number of positive samples,” he also told NPR . Between April and December of last year they found that 30% of the analyzed deer tested positive after performing a PCR test, while between November 23 and January 10, during a cold snap in the state of Iowa, almost 80% of the deer tested were infected with the virus. This level of infection, Kapur says, was between 50 and 100 times higher than the infection levels of Iowans at the time.

Added to this, the researchers also found that the variants circulating in deer were exactly the same as those circulating in humans. This suggests that the deer were infected by people and that later they were transmitting the virus between them, animals. Virologist Linda Saif, from the College of Veterinary Medicine at the Ohio State University, fears that the spread of the virus will reach all the deer population in the country, estimated at about 30 million.

Also in dialogue with NPR, the virologist expressed her concern about the implications of this situation: “Now, the question is: can the virus pass from deer to humans? Or can deer effectively transmit the virus to grazing cattle? We still don’t know the answers to these questions, but if they are true, they are obviously worrying,” she says.

And the spread of the virus described above is not Saif’s only concern: there is a risk that Covid could evolve within deer and create new strains. A similar situation occurred in farms in The Netherlands and Poland where the infected animals were minks. According to the studies that documented the spread, farmers transmitted the virus to animals and the virus, as it spread among minks, mutated and created new variants . And, as later documented, these new variants were later passed back to humans, posing the risk of the spread of a more dangerous strain.

That is why the constant surveillance of Covid in both wild and domestic fauna is vital “not be surprised by an emerging variant that appears suddenly, ”says Kuchipudi,“ especially watching over animals that could serve as a reservoir, such as the deer ”.