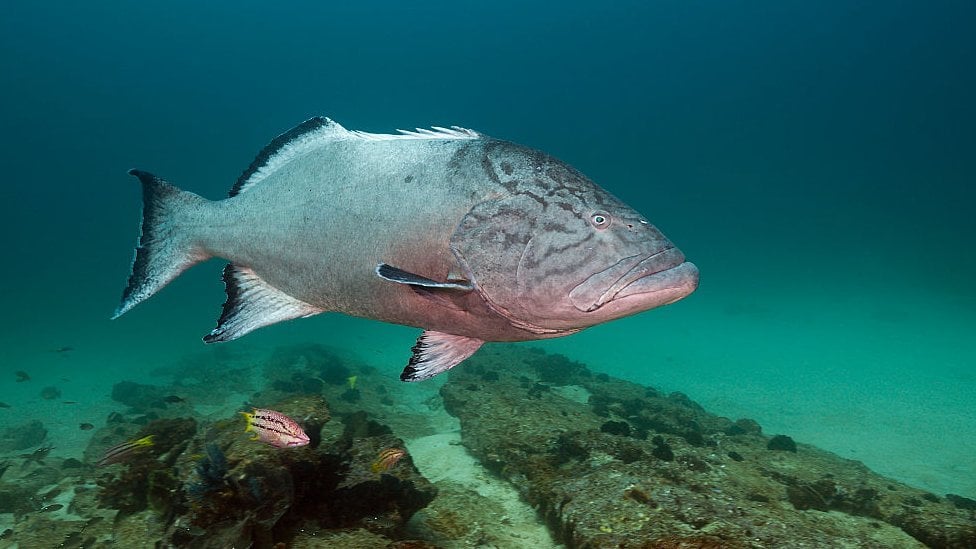 Several whale skeletons stand guard off the coast of Fuerteventura, in the Canary Islands. They are a stark reminder of the damaging effects of military sonar.

Sonar – a technique that uses underwater sound propagation primarily for navigation, communication or object detection – from ships and submarines is believed to be one of the contributing factors to the whale strandingsconfusing their own sonar and causing them to run aground on the shore.

However, this whale-unfriendly technology may soon have a rival. Lori Adornato, project manager for the US military research agency DARPA, believes we could detect submarines by paying more attention to the natural sound than emitting sonar pulses.

“Right now we treat all this natural sound as background noise, or interference, which we try to remove,” says Adornato. “Why don’t we take advantage of these sounds, see if we can find a signal?”

Current sonar buoys dropped from the air by the military to detect enemy underwater activity, they only work for a few hours in a small area due to limited battery life.

Instead, the PALS system could cover a wide region for months.

Adornato says that the reef-dwelling species that can be trusted to stay in one place are likely to be the best sentries.

Laurent Cherubin is the principal investigator for the Florida Atlantic University Grouper Guard team, which works with giant groupers. These fish, which can weigh up to 300 kg, emit loud calls to deter intruders.

“They are territorial and will chirp at any intruder in their territory,” explains Cherubin.

The team is focusing on alert calls, which is like listening to a guard dog barking at intruders, says Cherubin. Distinguishing these calls from the others is not easy, so they have set machine learning algorithms for the task.

The algorithm can then be turned into software that runs on a small but powerful processor embedded in an underwater microphone or hydrophone.

An array of these hydrophones can blanket a reef, listen for grouper calls, and follow them as the cause of the sound moves from one territory to another.

Listening to the conversations of the fish can seem extravagant. The PALS team’s work within defense company Raytheon, by contrast, is more traditional. However, it has a twist.

“We are trying to detect the echoes that are created when noises from pistol shrimp bounce off vehicles,” says Raytheon scientist Alison Laferriere. “In the same way that a traditional sonar system detects echoes from the sound that its source generates.”

In other words, it works like a normal sonar but uses the sound generated by the shrimp rather than an artificial one.

These animals have been described as the loudest creatures from the earth.

“The signal created by a pistol shrimp is very short-lived and incredibly broadband,” says Laferriere. “A single shrimp click is much quieter than a traditional sonar source, but there can be thousands of clicks per minute.”

Laferriere says the sound varies with the time of day and water temperature, but a shrimp colony is never silent.

To understand the returning sound, Laferriere’s team had to create computer models to determine which echoes came from stationary background objects and could be ignored.

Removing these objects highlights those that move through the environment, they can be fish, submarines or unmanned underwater vehicles.

Again, the final solution will be a series of smart hydrophones with integrated computing, capable of processing the sounds of the shrimp and determining the location of any target of interest in the area.

“DARPA’s approach would be a really important breakthrough, if it succeeds,” says Sidharth Kaushal, a specialist in naval warfare at the UK defense think tank RUSI.

“An ecosystem of scattered living sensors that float permanently is attractive in principle”.

This in principle, but not necessarily in practice. Kaushal is hesitant because previous projects that used marine life to detect submarines they were unsuccessful.

German submarines were sometimes viewed for their effect on bioluminescent plankton, which emit an intense glow when disturbed; one in World War I was even supposedly sunk because of it.

But subsequent attempts to use this effect more broadly, with special sensors seeking light sources over a wide area, they made little progress.

“Cold War efforts by both the Soviets and the Americans to use them systematically were unsuccessful,” says Kaushal. “Partly because they had no way of differentiating false positives, like the reaction of a passing whale, from a real object.”

It remains to be seen how well PALS can distinguish a submarine from a shark. Adornato believes that the combination of marine organisms and modern intelligent algorithms will provide a reliable “warning” to guide more traditional submarine hunters in spotting a potential intruder.

PALS has already completed the first phase, which was a feasibility study for the two different approaches of listening to how reef species react to intruders and pistol shrimp sonar.

Adornato hopes to realize field tests in 2023. After that, if successful, the technology would be transferred to users (initially the US Navy) to develop into a production system.

After that, we could see a sea ​​change in submarine detectionwith no more sonar-caused whale casualties.

You can read the original English version of this story on BBC Future.

* Pentagon spokesman John Kirby will take over as National Security Council Communications Coordinator
* UFOs: the unusual images and videos of “unexplained aerial phenomena” that were shown in the US Congress.
* Taiwan denounced that almost 30 Chinese military planes violated its airspace