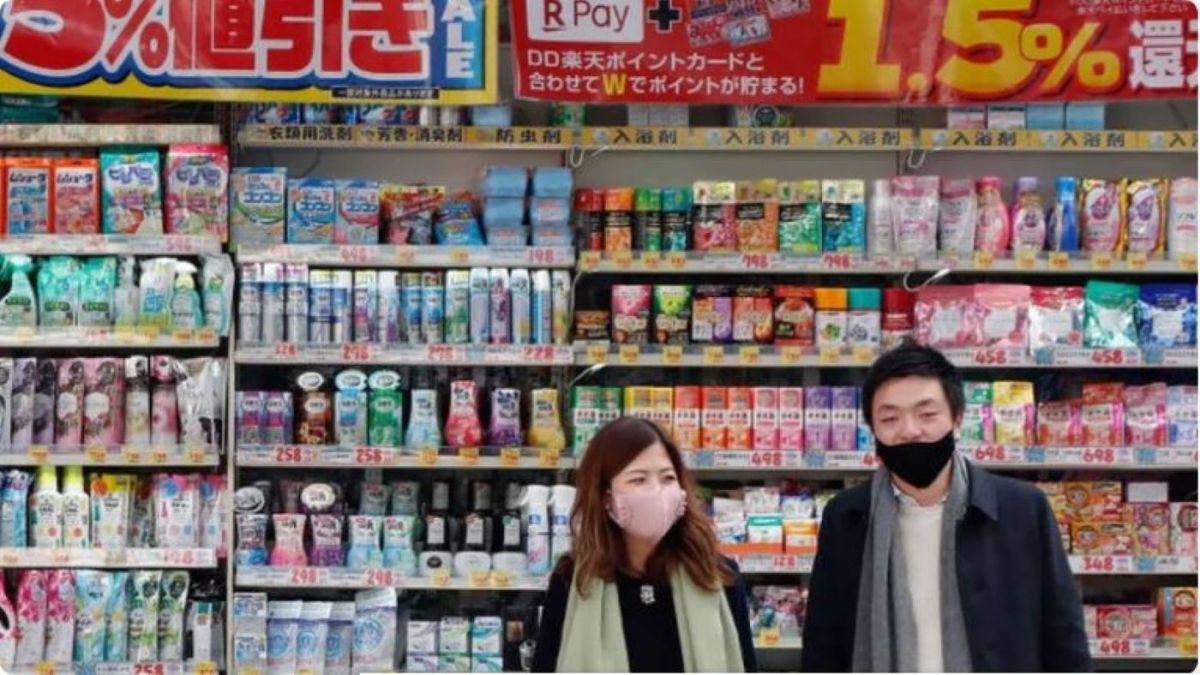 While a wave of inflation shakes the economies of the planet and shoots up the prices of food, gasoline or rents, there is a country that has been left out of the scandalous figures recorded by the world.

According to the Food Price Index of the Food and Agriculture Organization of the United Nations (FAO), global food prices are at their highest point since 1990.

In this scenario, Japan experienced in February a rise in consumer prices of 0.9% year-on-year compared to 7.9% in the United States or 6.2% in the European Union.

And if we talk about Latin America, in Chile year-on-year inflation stood at 7.8% in February, that of Mexico at 7.2% and that of Colombia at 8.1%, (Argentina and Venezuela registered 52, 3% and 340.4% respectively, but these are two exceptional cases).

But unlike the rest of the world, Japan wants its inflation to be higher and has spent years implementing, without success, measures to try to achieve it.

The objective of its central bank is for inflation to be around 2%, a level considered healthy.

How can it be that an effect that harms purchasing power of the citizens is so welcome there?

“Basic economic models state that a modest level of inflation is what fuels the growth of an economy. Economists who think that way argue that Japan’s deflation is the reason for its slow growth,” explains Professor Ulrike Schaede of the GPS School of Global Policy and Strategy at the University of California.

Namely, no inflation, it’s diffihey what an economy grow up. It is only when these changes are exaggerated – upwards or even downwards – that imbalances begin.

Now, rising prices for energy, fertilizers and staple crops such as wheat, due to Russia’s war with Ukraine, have left the country with highest annual prices in 30 years and, despite everything, it is still a low figure when compared to what is happening internationally.

What makes Japan different is that after decades of deflation, its citizens are extremely reluctant to consume and are reluctant to pay higher prices.

“If you think that the prices of the things you need are going to go down as a result of deflation, what you will do is postpone the purchase and wait”Hiroyuki Ito, head of the Department of Economics at Portland State University, explains to BBC Mundo.

On the contrary, if you think that prices are going to be more expensive tomorrow than today, you will most likely decide to buy as quickly as you can.

Deflation then causes Japan to companies rarely try to raise prices and that wages remain at similar levels for years.

“Consumers have incentives to postpone spending and companies miss opportunities to readjust prices to improve margins. As a result, it becomes difficult to reach the potential growth rate,” says Junichi Inoue, head of Japanese equities at Janus Henderson.

A few months ago, the Kikkoman brand, an international producer of soy sauce, announced a 4-10% increase in its prices.

News of this style would be anecdotal in the United States, and yet in Japan it made headlines in the local press.

But, is good or bad for Japan to have even a little inflation?

Experts agree that in principle It’s good, but it depends.

“Japan has been struggling with zero or negative inflation for years. But that doesn’t mean higher inflation is necessarily a good thing. depends on what is causing it“says Ken Kuttner, professor of economics at Williams College in Massachusetts.

The inflation recorded now is due to external factors and is moderate and temporary.

Japanese manufacturers face not only higher labor and logistics costs, but also very high prices for raw materials, among other factors.

And ideally, the inflation was lasting and came from internal factorssuch as higher wages or stronger consumption.

The hope, says Hiroyuki Ito, is that one inflation will lead to the other. And that would be a paradigm shift for Japan.

“The current inflation is good news for Japan, but partially”, says the economist.

“We can say that when an economy is in the situation in which the Japan, this inflation may be good, but it’s not the best kind“.

“And the reason I say partially is because if inflation is driven by strong demand, that would be very healthy for the economy. But right now it’s due to the supply chain issues, the pandemic and most importantly the war in Ukrainewhich has been contributing to raising the price levels of raw materials”, he adds.

Among the factors contributing to little or no inflation in Japan, economists cite the population aging and, also, the lack of foreign labor.

“Japan’s slow economic growth is largely a reflection of a declining population growth, and a labor force growth rate of just 0.1%,” says Takeshi Tashiro of the Peterson Institute.

Since there are no children or immigrants, the expectations that there will be a population that with their work pay pensions is getting smaller, and the population feels that it has to save or the time will come when it will be unprotected.

“The Japanese feel anxious about the future and whether they will receive a sufficient pension when they get old,” says Ito.

This makes save a lot and consume very little.

Given all of these factors, it remains to be seen whether the nation’s small price increase proves to be powerful enough to move the gears of a economy that has remained almost unchanged for decades.