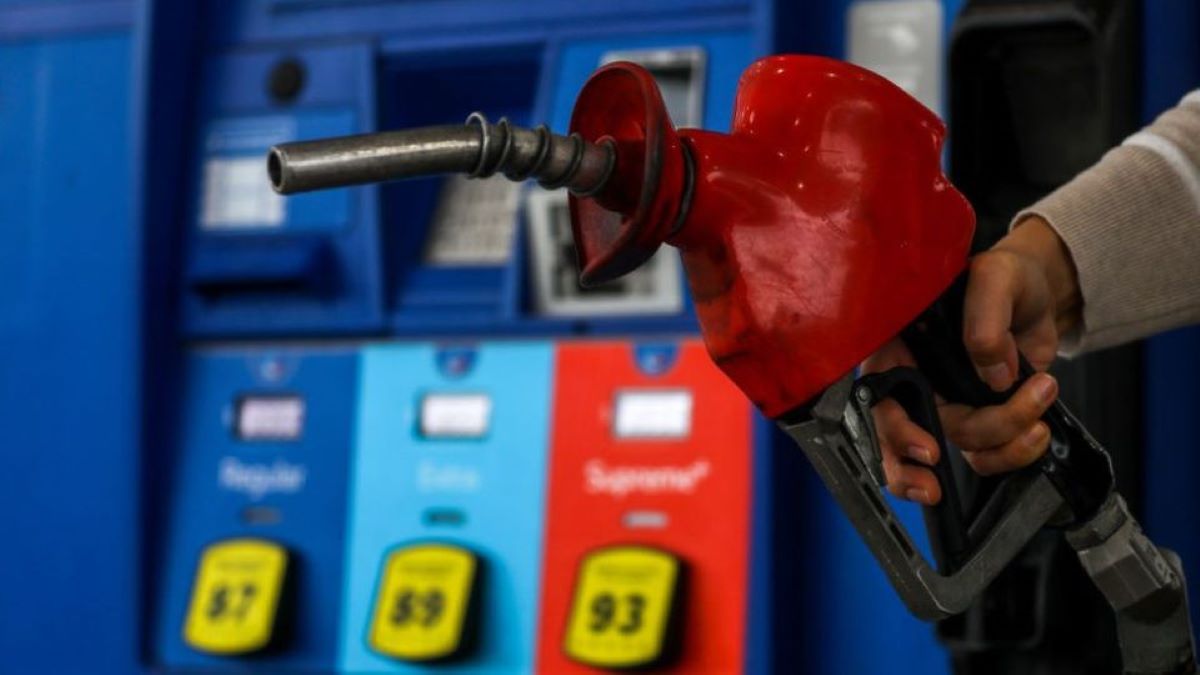 Numerous alarms were raised this week when oil surpassed the price of US $ 80 per barrel for the first time in almost eight years.

The price of West Texas Intermediate (WTI), the reference crude in the United States, closed on Monday at US $ 80.52, confirming an upward trend that has been registered for months.

Since the start of the covid-19 pandemic, the issue of oil prices seemed to have ceased to be of public interest, thanks to the low prices registered throughout 2020 and part of 2021.

Just a year ago, WTI cost just US $ 40 – a price 20% lower than before the outbreak of the coronavirus – so filling the fuel tank was not a matter of concern. Now, millions of motorists notice the difference in their pocket.

But what is behind this sustained increase in the price of oil?

“I believe that there is a huge correlation between the pandemic situation and rising oil prices“, Says Mark Finley, a researcher specialized in energy and oil at the Center for Energy Studies at the Baker Institute at Rice University, to BBC Mundo.

The expert explains that just as in 2020 there was a strong link between the global onslaught of covid-19 with the collapse in crude prices, this year the recovery from that collapse has influenced both the demand and supply of oil.

“That is the main factor. On the demand side, we are seeing a reactivation of the economy and mobility after the impact of covid-19, so after having experienced the largest drop in oil demand last year, this year probably we will record the biggest increase we’ve ever seen“, He points out.

“On the supply side, there is a combination of deliberate production cuts agreed to by OPEC and other non-OPEC producers, such as Russia; and a drop in production in the United States and elsewhere due to the low prices of a barrel last year, ”he adds.

OPEC, Russia and other producers have an agreement to progressively increase supply –adding about US $ 400,000 barrels per day each month additional-, with a view to completely eliminating by the end of 2020 the production cuts that were applied to face the fall in demand due to the pandemic.

These increases, however, are not automatic as they meet every month to assess the market and decide on its application.

The unusual strategy of American producers

A novel element that has contributed to the increase in the price of crude oil is the restraint shown by oil producers in the United States.

This is an unusual strategy for companies that used to jump into increasing production whenever crude prices were favorable.

“One of the surprising stories of this year in the oil market has been that the producers in the United States have been very disciplined and have not responded to the increase in prices with a drastic increase in oil extractionFinley notes.

“There has been an increase, but it is not even remotely close to where it was before the pandemic when, by the way, prices were lower than they are now. That has been a big change ”, he adds.

According to data from the oil services company Baker Hughes, there were about 533 operational rigs in the United States last week, an increase of 233 compared to a year ago, but much less than the 1,580 that were active the last time crude reached these prices in October 2014.

The United States has a great capacity to increase its production quickly through the exploitation of shale oil, whose wells can be operational in a short term and that do not require large long-term investments.

Currently, around 65% of US production is shale oil, according to figures from the US Energy Administration.

Although usually every time oil prices have risen substantially, oil producers shaleThey have increased extraction, this time it has not been the case. Why?

“It is mainly due to investorsSays Mark Finley.

“For 10 years these companies have grown rapidly, but without giving much money to their investors, who have now become more cautious and have demanded that instead of reinvesting the profits in opening more wells and increasing production, the companies use the resources in a more cunning way and thus they can return profits ”, he explains.

The economic slowdown caused by the coronavirus pandemic hit many oil companies in the United States hard, where WTI crude briefly traded in negative terms. In other words, the companies that owned the oil had to pay others to take care of it and thus not have to store it.

“That has never happened before and is partly responsible for the precaution [en el mercado]. I think this did have an impact. It may be one of the reasons why investors have changed their attitude so dramatically about how they want these oil companies to operate, ”says Finley.

“The irony is that with this strategy, the US shale oil industry is likely to achieve the best financial results in its history this year,” he adds.

Thus, the containment in production is not only benefiting the OPEC countries and their allies, but also US companies.

The rapid recovery in demand after the halt in activity caused by the pandemic has led to a complex economic situation.

“The increase in the price of oil contributes to a rise in inflation is because oil is a raw material for many products, mainly gasoline and diesel, which is a fuel for transportation, but in many cases fuel is also used for electricity generation ”, says José Valera, lawyer and oil expert at the Mayor Brown law firm in Houston (Texas).

“In addition, oil is also an input for the petrochemical industry, where it is used in the manufacture of plastics and other products that are finally sold to the consumer,” he adds.

In the United States, drivers are already feeling the impact of the increase in the price of gasoline, since are paying around 40% more per gallon than a year ago.

Valera explains that as the price of oil rises, the cost of producing gasoline and diesel increases, which translates into higher costs for producers and transporters that will eventually be passed on to the consumer in the form of higher prices.

“Producers and transporters need to recover those higher costs to continue maintaining their profit margins and thus be able to sustain the permanence of their own business. So that’s the way an increase in oil prices translates into inflation“, He points out.

Valera sees prospects that the value of a barrel of crude will continue to rise or, at least, not drop substantially from its current levels.

“The recovery of the economy after the impact of the covid pandemic is manifesting itself with a fairly sustained growth in most countries of the world, which as we are seeing now translates into increased consumption of energy and fuels, which means increased demand for oil. But production is not necessarily going to increase at the same rate, “he warns.

The challenge of climate change

Valera indicates that, in addition to the strategy of OPEC and other countries to keep crude production limited, there is another factor that is limiting production: the fact that many oil companies they are investing less in oil, with a view to doing so in the production of renewable energies or fuels as part of the global fight against global warming and climate change.

Mark Finley, for his part, affirms this is a global trend, but one that affects more European companies that are being forced by their societies to make this transition more quickly.

“I think companies like Shell, Total or BP try to allocate more resources towards new forms of energy. Some US companies like Chevron and ExxonMobil have also said they are looking for ways to reduce carbon dioxide emissions from their operations, ”he says.

“Part of what happens is that there has been an adjustment of the traditional energy landscape and it is important to remember that, although we all want to move towards a future low in [consumo de] fossil fuels, you are still serving 85% of the world’s energy demand ”, he says.

“The key challenge for us as a society, for policy and for companies is how do you continue to provide reliable and affordable energy to keep the economy running today, while at the same time investing and planning the transition to a low fossil fuel future?” , question.

“There is something that was clear from the covid-19 experience. Last year we saw the biggest drop in CO2 emissions in history, but no one wants to repeat that experience because it was driven by the biggest downturn in the world economy since World War II. That is not the way to reduce CO2, ″ he concludes.