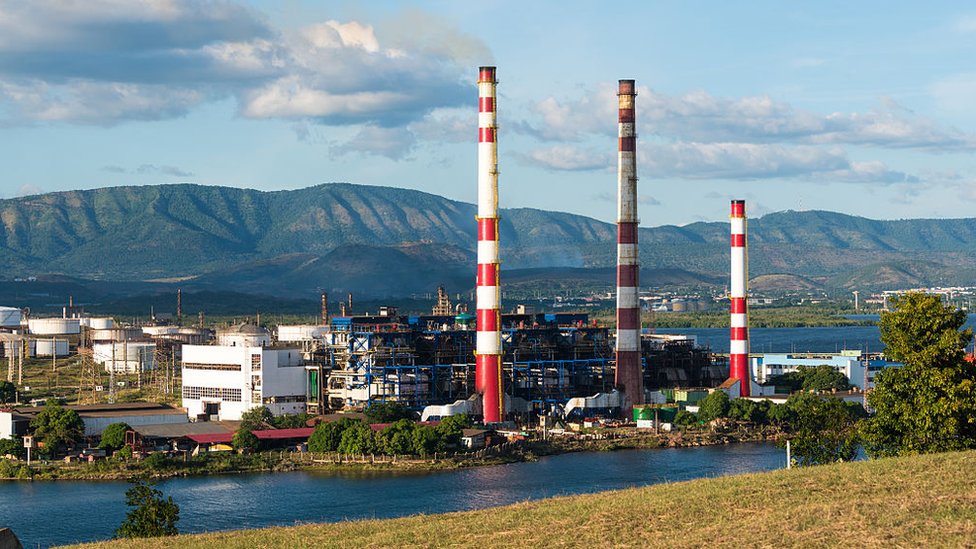 Blackouts have become a daily problem for millions of Cubans, who resignedly watch as the power goes out more and more often and for more hours.

This happens in the height of summer, with temperatures difficult to bear without a working fan or a refrigerator to keep food fresh.

The residents of Los Palacios, a population of about 38,000 inhabitants in the province of Pinar del Río, in the west of the country, they protested with a saucepan Thursday night.

“There are children here without eating because there is no current,” exclaimed one of the participants in the spontaneous protest, in one of the videos widely distributed on the networks.

The hundreds of demonstrators also sang the national anthem and shouted slogans against President Miguel Díaz-Canel and the Cuban leaders, whom they called “full bellies” or “cheeky”, among other things.

⚠️⚠️#Urgent. The Palaces in Pinar del Río in the street… the situation in the country is unbearable, propaganda cannot be eaten… force my people!! pic.twitter.com/PURHnb1luv

The unusual imagesenes of this cacerolazo in Cuba They occur a year after the massive street protests of July 11, 2021, which spontaneously spread from the western region to the entire island in a few hours.

A year later, the Cuban prosecutor’s office estimated that more than 700 protesters had been prosecuted, including sentences of up to 25 years in prison for sedition. However, human rights organizations put the number of detainees at more than 1,400.

This Friday, the official media Cubadebate acknowledged that the protest took place in Pinar del Río in an article titled “Disagreement with a prolonged blackout due to a local storm causes an incident in Los Palacios” and “denied that the police attacked those who were protesting.”

Why are there blackouts?

For a year now, the already serious economic crisis in Cuba has deepened even further: tens of thousands of Cubans have left a country where almost all products are scarceservices are precarious and few young people see a future.

And where power outages are becoming more and more common.

Cuba has 5.87 GW of installed generation capacity, although only 3.2 GW are operational, according to the latest report from state-owned company Unión Eléctrica (UNE).

Almost daily, the government reports failures in its thermoelectric plants, responsible for covering most of the demand of up to 3,000 megawatts (MW) at peak times in a country in which renewables barely contribute 6%.

In general, the UNE informs state media of specific deficits of between 10 and 20% of the country’s electricity needs.

Authorities often attribute production and supply disruptions to maintenance work, breakdowns, fires, fuel shortages or missing parts by the US embargo, among other reasons.

In the case of Los Palacios, a provincial leader blamed Thursday’s blackout on “inclement weather” that caused “damage to a main cable,” although residents say they have suffered similar outages for weeks.

Jorge Piñón, director of the Energy Program for Latin America and the Caribbean at the University of Texas, believes that there is a structural problem with no visible solution in the short term.

“The thermoelectric plants are not working because they have been in operation for more than 40 or 45 years, they have not been given regular maintenance or investment, and they use Cuban national crude oil with a high sulfur content,” he explains to BBC Mundo.

Added to this is the recent diesel shortage on the island, where long queues have been observed in front of gas stations.

And, as if that were not enough, the demand for electricity in Cuba has grown steadily in the last decade.

“This is due to the increase in consumption in the residential sector: relatives in the US send remittances and Cubans buy an air conditioner, they have a microwave…”, explains Piñón.

Cuban authorities have applied some stopgap solutions in recent years, such as incorporating floating power plants from Turkey, which contribute a few tens of MW.

Other larger projects, from the creation of a massive wind farm to a plant that would work with biomass from sugar cane, have not come to fruition or have not given the expected results.

How do they affect Cubans?

“Before, at least they took it off for one to three hours, now they turn off the power six, seven or eight hours in a row. We are fed up,” a 20-year-old student from Pinar del Río who prefers to remain anonymous tells BBC Mundo.

The young woman assures that the daily power outages cause her family and her neighbors serious disorders.

“There aren’t many resources here and there are people who don’t have anything to light up with; besides, you can’t sleep because of the heat and discomfort and the next day you have to get up and go to work or school”, she protests.

He explains that the worst thing is not being able to cook, since power cuts gas shortage added.

“To refill the gas cylinder you have to spend 3 or 4 days queuing, and if there is no electricity, people don’t have how to cook and many go without eating.”

Another young university student from the central province of Matanzas assured that the night blackouts are preventing her from studying in the middle of exam season.

And from San Antonio de los Baños, about 30 km from Havana, a neighbor explained to BBC Mundo that every day they cut off their electricity for 8 hours.

“Sometimes they don’t remove it for 3 days so people think everything is fine, and then again,” he says.

San Antonio de Los Baños is a significant place, since the anti-government protests began there a year ago.

The blackouts then exhausted the patience of a neighborhood hit by the lack of food, hygiene products and medicine, which took to the streets en masse to protest in an unprecedented challenge to the authorities of the communist state.

Not all Cuban territory suffers from blackouts in the same way.

“I’m not particularly noticing power outages,” says a Spanish professional who lives in the Vedado neighborhood of Havana.

The capital -and especially its most emblematic neighborhoods such as Vedado or Old Havana- usually be the last place to run out of power.

“Havana has always been protected because of the political and tourist impact it may have,” says Piñon.

Meanwhile, Cubans in provincial cities and rural areas are getting used to their new energy normality as best they can.

“It’s really stressful having to think about when the current will return; and when you have it, think about when they are going to remove it and try to do everything the moment they put it on: cooking, washing, ironing…” laments the young student from Pinar del Río.

The intensified power outages come in the biggest crisis in Cuba since the 1990s, when the fall of the Soviet Union caused an economic collapse on the island, in the stage known as the “special period”.

In addition to the shortage of food, clothing and basic products, those who lived through the special period remember those years the constant blackouts.