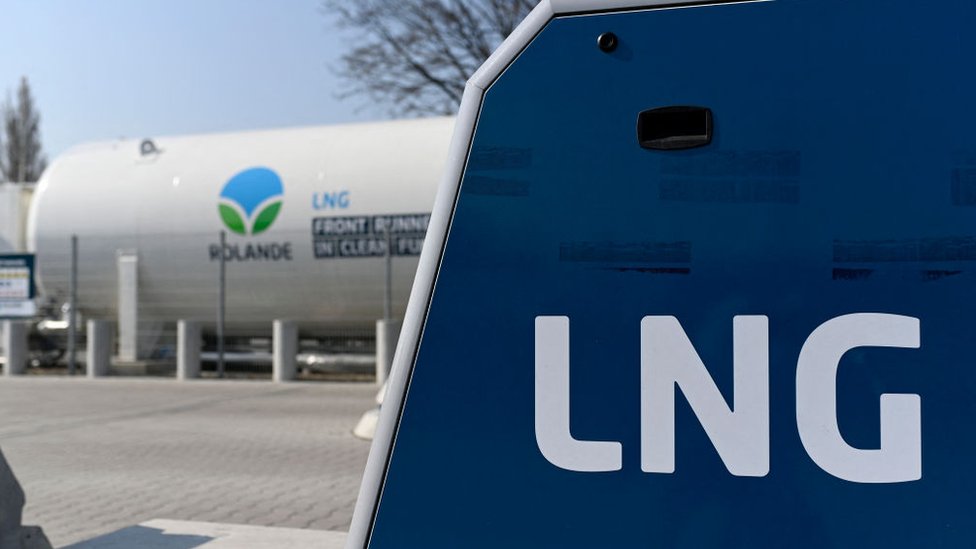 The promises to combat climate change sown in November 2021 during the world summit on climate change COP26, could be withering with the current Russian war in Ukraine.

During the meeting, held in Glasgow, almost two hundred governments signed a document that sets the agenda for the fight against this global problem for the next decade.

There they agreed that this 2022 they would update their goals on the reduction of greenhouse gas emissions and they promised to gradually eliminate the subsidies that artificially reduce -and therefore facilitate the consumption- of fossil fuels such as coal, oil or natural gas.

Despite these promises, a few months later, the production and consumption of this type of fuel has received a strong boost thanks to the Russian invasion of Ukraine.

A report published this week on the impact of that war on the fight against climate change ensures that there is currently a kind of global “gold rush” for the construction of infrastructure to produce, transport or process fossil fuels, especially liquefied natural gas (LNG).

The document was prepared by Climate Action Tracker (CAT, for its acronym in English), an independent scientific project that monitors the actions of governments to face climate change and contrasts them with the objectives of the Paris agreement to “maintain the warming well below 2°C and make efforts to limit warming to 1.5°C”.

The report highlights, among other things, the plans to build new LNG plants in Germany, Italy, Greece and the Netherlands, while countries such as the United States, Canada, Qatar, Egypt and Algeria plan to increase their exports of this fuel.

At the same time, it highlights that many fossil fuel producers have increased their productionwhile governments in more than a dozen developed countries are reducing taxes on fuel or on energy consumption, thus encouraging their consumption.

The idea of ​​​​increasing the consumption of fossil fuels to respond to the current energy crisis was questioned on Tuesday by the UN Secretary General, Antonio Guterres, who said that investing money in coal, oil or gas to face the consequences derived from the war in Ukraine it is “illusory”.

He added that the formula for global energy consumption does not work and that using more coal will only reinforce the “scourge of war, pollution and climate catastrophe.”

BBC Mundo spoke with Niklas Höhne, an expert from the NewClimate Institute, a Berlin-based NGO that is part of the consortium that prepares the CAT, about the findings of this study and what are the challenges posed by the current situation for the fight against the climate change.

Climate Action Tracker did a study on the global response to the Ukraine War from the perspective of combating climate change. What did they find?

Right now, there are governments that are trying to do things differently because of the energy crisis. They now have to deal with this situation where they will no longer import fossil fuels from Russia.

So they can do two things: try to get the fossil resources from elsewhere; or work in favor of more efficiency and renewable energies.

That is very counterproductive for climate policy because once this infrastructure is built, it will be used for several decades and lock us into a very high-carbon future.

Why do you expect this new infrastructure to be used for several decades?

The thing about new infrastructure is that it’s expensive to build a pipeline, and that means once you build it, investors want to use it for decades.

The problem is that we want to reduce gas consumption to 0 globally by the middle of the century and if we now build new infrastructure, that reduction will be very difficult. So these investments will tie us to high greenhouse gas emissions or end up as stranded assets.

He is concerned about the construction of these new infrastructures. But what other ways are governments working against climate goals in the current crisis?

The main problem is infrastructure, but there is another issue that today almost all the governments we evaluated have supported their consumers with reductions in taxes on fossil fuels. This is not a good idea.

I can understand that governments want to help their consumers and industries, but they should only support those who really need it.

More to the poor population or to the industry that is really in danger, but instead what they are doing is reducing taxes on fossil fuels and that means that they will reduce the pressure on all citizens and oil companies, even with those who can afford it and that they can abandon fossil fuels. That’s not a good idea either.

But in the current context, when inflation and energy prices are so high, what are the alternatives for governments because many people find it difficult to fill the gas tank of their car to go to work. Is there any workable solution that you would recommend?

Some people have proposed doing it on a per capita basis, so that each person receives the same amount. Others say that it is better to go through the tax system so that the poor population receives an additional tax break or extra money in their pocket, which would definitely be possible and would be a better option.

But the real long-term solution is to save energy and have more renewable energy. Saving energy is always a profitable option.

For example, driving slower with speed limits, turning down the heating a bit in winter, restricting car access to cities so people use public transport. Subsidize more public transport so that people do not use cars, but mass transport, there are many options for governments to help their citizens and companies in this crisis.

In the report, you point out that most Western countries have sought to reduce or stop buying Russian fossil fuels altogether, and many have announced ambitious targets for transitioning to renewable energy sources such as wind and solar. Isn’t this good for the fight against climate change?

Yes, there are things that some countries are doing well. Several have increased their renewable energy targets and some have also introduced subsidies for public transport.

That’s fine, but we’re so far behind on climate policy and we need to cut emissions so drastically that we don’t have time to make mistakes.

The International Energy Agency says that, from now on, we should not invest in any new fossil fuel infrastructure.

And if we now see a “gold rush” towards investment in fossil fuel energy infrastructure, that would be a serious problem because we cannot afford to make this mistake.

Right now, we should be using the same money, effort and time to drive energy efficiency, renewable energy and not to expand fossil fuel infrastructure.

But in the short term, is it really possible to take advantage of renewable sources to solve the current crisis?

The really quick thing is to reduce energy consumption by driving more slowly or turning down the heating. That would be very fast, but unfortunately many governments are not using that option.

The CAT report does not mention China, the world’s largest energy consumer. What is your opinion on Beijing’s response to this crisis?

I think China is a little less affected by the crisis. They do have some energy trade with Russia, but they are not as dependent as Europe.

China is also thinking of increasing its renewable energy targets. That would be good. But at the same time, China is thinking of buying now cheaper oil and gas from Russia. In market conditions it might, but for other reasons that would not be a good sign.

No. Currently LNG and gas exports are more concentrated in North America, Africa and Asia.

Now there is another positive thing that we have seen: some governments are now making agreements to supply or buy green hydrogen. I think that is a new opportunity. We thought that would happen in five years or so, but it’s already happening now. So there is an acceleration that is good.

Latin America has a lot of potential for renewable energy. I could think about exporting green hydrogen made from renewable energy and selling it to Europe or other places, and I think that would be a good business opportunity.

Do you have any other recommendations or other alternative solutions to this crisis?

There is one more item. Many fossil fuel companies are making record profits because energy prices are so high and their production prices are the same.