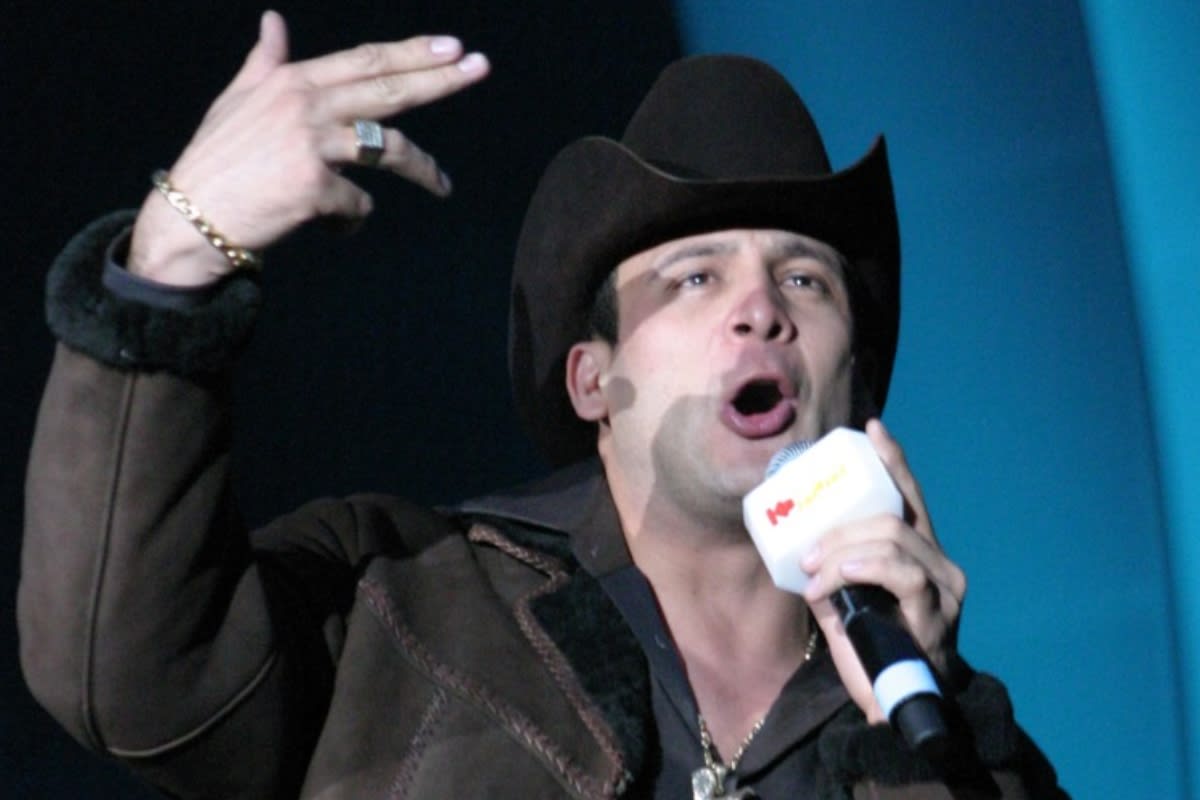 Why was Valentín Elizalde killed? Finally, the alleged motive for the murder of the famous Mexican singer Valentín Elizalde, better known as “El Gallo de Oro”, at the hands of an armed commando, almost 15 years after the tragedy, comes to light.

The Mexican singer Valentín Elizalde, was one of the musical artists most loved by Hispanics, achieving great success in the world of the band and the Mexican regional, positioning himself as one of the best in his field.

Why was Valentín Elizalde killed? The supposed reason comes to light

The “Gallo de Oro” was assassinated at the age of 27 when he left a concert in a palenque in Reynosa, Tamaulipas, according to El Universal. According to rumors at the time, Valentín Elizalde was warned not to give such a concert.

His truck received many bullets and was found less than a hundred meters from the place where he had sung minutes before. At least 70 cartridges were found at the brutal crime scene. The beloved Hispanic singer died in the attack.

“I took him in my arms to protect him”, they relate the horror of the attack

The “Tano” Elizalde was the cousin of the “Golden Rooster” and survived the brutal attack despite receiving seven bullets, according to El Universal. The “Tano” accompanied him to all his shows, and the last one offered in Reynosa, Tamaulipas was no exception.

“When I saw Valentin’s body shot, he was still alive. I took him in my arms to protect him and said: ‘Let’s go! Let’s go!’, Because I’m almost sure that he was alive when I grabbed him, ‘”revealed” Tano “Elizalde according to the aforementioned newspaper.

Why was Valentín Elizalde killed? Strong images of his body after the attack

Several theories resulted from the attack in which he lost his life, as his truck was shot less than a hundred meters from the palenque and 70 cartridges were found at the crime scene. The only survivor was his cousin “Tano” Elizalde, despite receiving seven shots.

“At no time did he speak, he with his left eye open was looking at me and I felt that he was alive when I grabbed him. When the shots stopped to want to take him out was when he went to one side, that’s when I started screaming like crazy, crying like crazy, “he declared according to El Universal.

Why was Valentín Elizalde killed? Was a song the real reason?

Almost 15 years have passed since his murder and Valentín Elizalde continues to generate a lot of interest among his fans, his musical legacy remains alive but there are also unknowns about the day he was murdered on November 25, 2006 when he left the palenque in Reynosa.

The “strongest” theory, according to El Universal, indicates that one of the songs by Valentín Elizalde ‘signed his death sentence’. This is because it supposedly contains a ‘message’ from Joaquín “El Chapo” Guzmán for “Los Zetas”.

The run that supposedly led to his death

The supposed corrido that would end the life of Valentín Elizalde would be called “To my enemies”, which even, according to the versions of the time, was asked not to sing it in that fatal concert because it was “zone of the Zetas ”.

However, the “Golden Rooster” did not mind the threats and began to sing the song. “The dogs keep barking… A sign that I am moving forward”, the famous corrido begins. “To talk behind my back … That’s why they paint themselves … Because they don’t speak to me in front … Maybe they fear the monkey … You know who they mess with … Come and raffle luck,” the lyrics also say.

Other alleged motives for the murder of Valentín Elizalde

This is not the only theory of the brutal murder, since other versions indicated that the Mexican singer became involved with the wife of a capo and that it was the husband who ordered his murder when leaving the palenque in Tamaulipas, relates El Universal.

Other theories indicate that the “Golden Rooster” refused to sing at a private party of members of organized crime after his presentation, and that this would be the motive for the brutal murder. The images of the attack have been circulated on social networks.

Did you get a warning in the middle of the concert?

Many remember the tragic end of the singer Chalino Sánchez, who while he was in the middle of a presentation, a security personnel handed a letter to the artist, he began to read it and his expression on his face changed completely, showing some nervousness, however he continued with the show.

Through the Scrubber Music channel on YouTube, they show the recordings where the “Golden Rooster” appears in what was his last presentation, singing the mañanitas, suddenly a man approaches and hands him what seems to be some photos, where many say that he already knew he was going to die.

Valentín Elizalde receives a death threat: Photos or a message?

2 videos of the same moment but different angle were shared, while Valentín interpreted the mañanitas, a man dressed in a black suit approaches to give him something, at first glance it is not possible to see exactly what it is, but much is speculated that they are some photographs by color and size.

Other users assure that it is a note where he already knew that he was going to die that day, as happened to Chalino Sánchez, however, the expression of the Golden Rooster does not show any concern, and after reviewing what was delivered to him, the I keep singing

Valentín Elizalde receives a death threat: “It was something urgent and important, something that he already knew”

Internet users immediately commented on the video and left their opinions on What did the Golden Rooster receive before he died ?: “It could be were some photos that were already autographed for that reason the sign “,” It was the cousin of Valentin Elizalde Tano Elizalde, the cousin of Valentin was the one who shot him treason and now he regrets “.

“Valentine sees the photo with denial and the guard makes a gesture that it is something bad”, “It was something urgent and important, something that he already knew, and his expression is one of acceptance”, “Perhaps what appears ahead It is a photo with a fan or death and the back is a death note like when Chalino Sánchez received it, ”the users commented.

After receiving the alleged threat, according to reports of the attack in the early morning of November 25, 2006, when Valentin Elizalde left the palenque, he boarded a truck accompanied by his representative Mario Mendoza, who also lost his life. About 60 shots received the unit where the singer and his manager were traveling. To see the images you can click here

Valentín Elizalde and Mario Mendoza lost their lives in the place. That day, Tano Elizalde, the singer’s cousin, was with them, who has assured in several interviews that at the time of the attack he was lying in the truck, because he had felt bad. Tano was the only survivor of the attack. TO WATCH THE VIDEO CLICK HERE