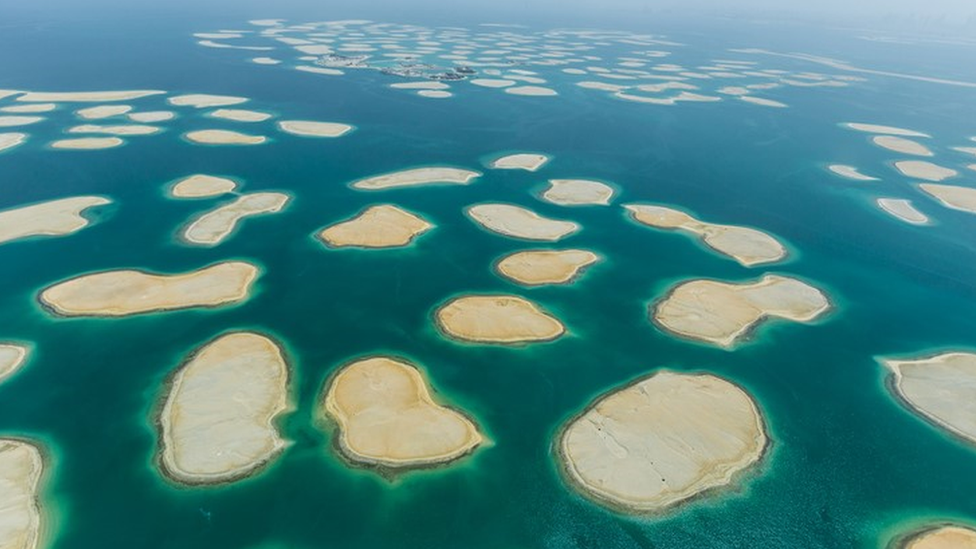 Throughout history, humans have sought to create dry land within lakes, rivers, and oceans, which they could then populate. But the 21st century has brought a new ambition, and perhaps a touch of arrogance, to this effort.

We live in an “age of islands”, according to Alastair Bonnett, a social geographer at the University of Newcastle, UK. “New islands are being built in amounts Y to a scale never seen before“.

This new generation of islands is bolder, grander and potentially more harmful than anything erected our ancestorsBonnett writes in his book Elsewhere: A Journey Into Our Age Of Islands.

The geographer visited human-made islands around the world, exploring a variety of constructions.

He surveyed giant man-made archipelagos created by dumping millions of tons of sand into the ocean, concrete-encased “Frankenstein” atolls designed to consolidate military and political power, and dizzyingly tall oil rigs stretching hundreds of meters to the seafloor. .

While nature has brought back some man-made structures, that process takes time.

There is often little life below the waters surrounding man-made islands. “Too often, artificial islands are dead zones. Trying to bring life back is hard work,” writes Bonnett.

In places like the South China Sea, “reefs that were once pristine and untouched… have been horribly mutilated: framed and covered with concrete.”

However, Bonnett was drawn to these man-made creations, to understand how they were built and why they came into existence.

Whether you approve of them or not, they will tell future generations a story of how humanity saw itself at the beginning of the Anthropocene.

To find out what the era of artificial islands looks like, take a look at the following photographs that capture the most striking and impressive examples of these constructions in different parts of the world: from the Gulf States, through the seas of Asia, to the United Kingdom or United States coasts.