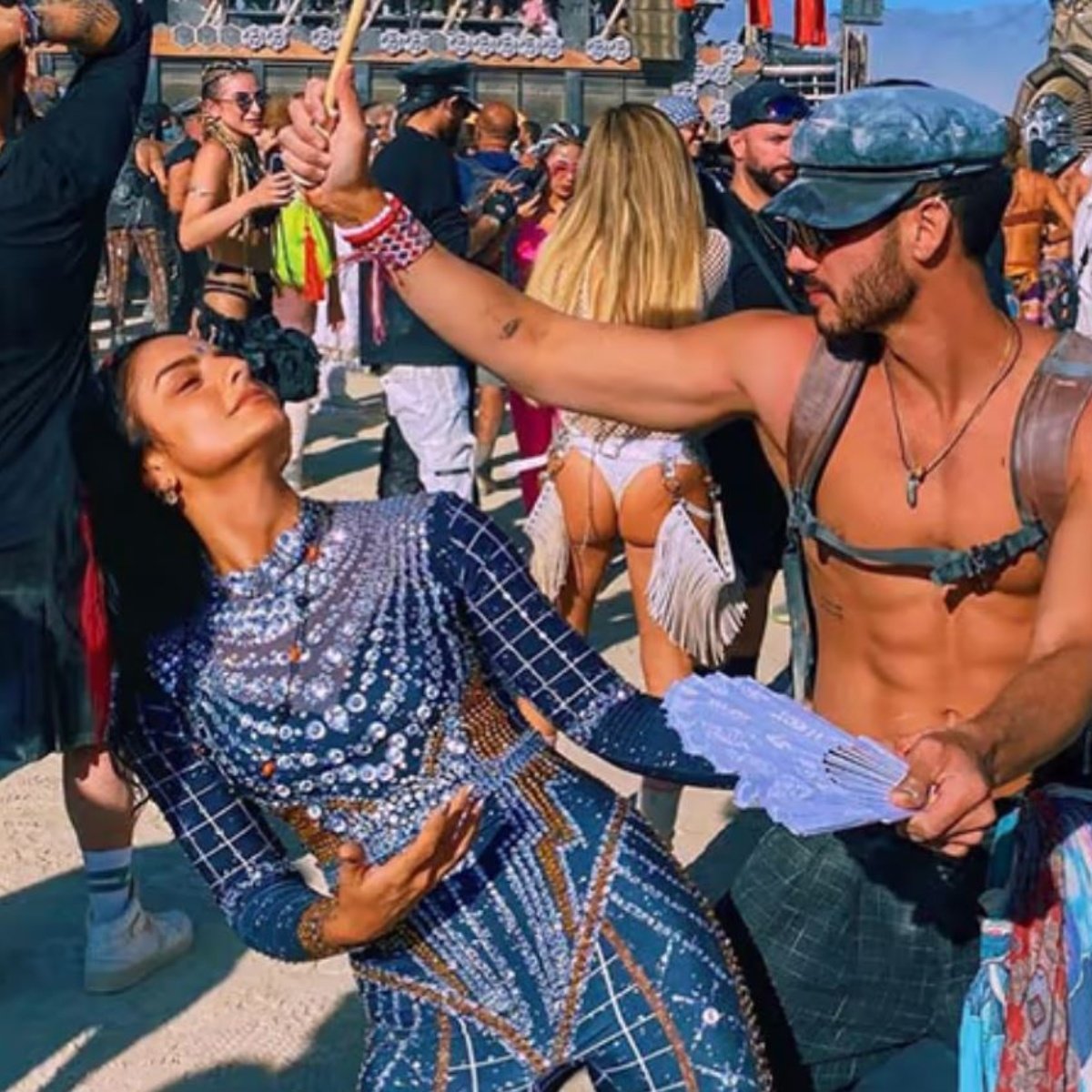 Recently Aislinn Derbez was captured with the handsome actor Alexander Speitzer at the Burning man festival held in the town of Black Rock, Nevada, unleashing all kinds of theories on social networks that even mentioned them as if they were boyfriends.

Yes, his brother was also present at said festival Vadhir, and social networks are responsible for creating theories involving the daughter of Eugenio Derbez with the handsome actor. The latter is now a prodigy in the international series.

In the same way, Derbez’s children also earned criticism after walking around the festival while their father was hospitalized. However, as the family understood, the Mexican comedian was already out of danger, so his action was not frowned upon by his relatives.

As we previously mentioned in American Post News, the beautiful Aislinn was captured at the Burning Man festival held in Black Rock, Nevada. She enjoyed seven days of music and fun in the middle of the desert location, precisely accompanied by him, also an actor Alexander Speitzer.

“I had always wanted to come to @Burningman, and it finally happened,” the actress wrote on her Instagram account.

It should be noted that this event only coincided with the actor Alejandro Speitzer, since he was accompanied by Vadhirhis brother, breaking down all the theories that in social networks indicate that both could have a new courtship.

It may interest you: Aislinn Derbez reveals that she wants to marry her ex from years ago.

How old is Aislinn Derbez?

Born on March 18, 1986, in Mexico City, Aislinn Gonzalez Michel, a Mexican actress and model who is 36 years old and has managed to carve out a path in Mexican cinema with his interpretation.

Heiress to one of the dynasties with the most remarkable presence in the world of entertainment, Aislinn is the mother of Kailani, a daughter she had with him, and an actor. Mauricio Ochmann, from which he parted ways a couple of years ago due to personal differences.

Nowadays, Aislinn Derbez is promoting his new movie with Netflix What is Karma’s fault? and which was recorded on the stages of the paradisiacal streets of Mérida, Yucatán.