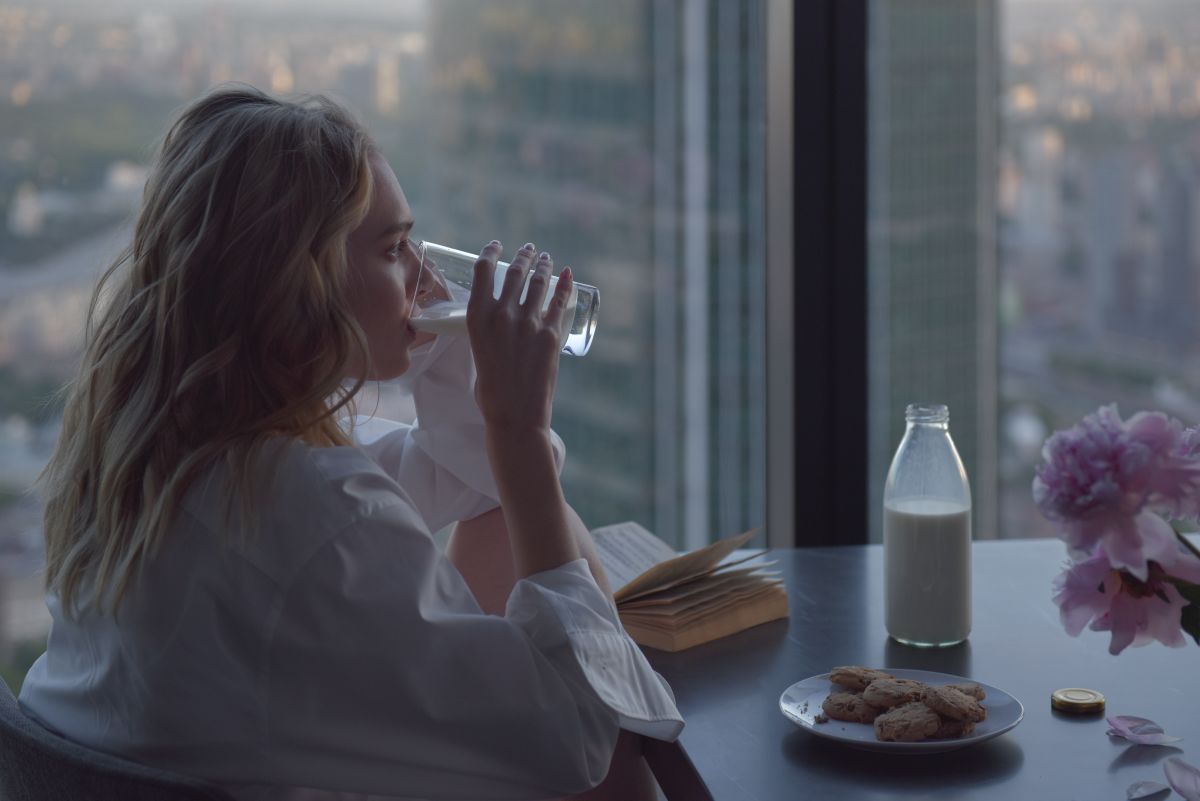 Today nothing is more important than ever make good food choices. Finally, the quality of the nutrients with which we base the daily diet is not only decisive in our energy level, it is the best kept secret to improve health and prevent diseases. Based on this, numerous everyday food options have come to light that have been positioned as “healthier” alternatives and the clear example is plant-based milks. However in recent months it seems that whole milk is making a strong comeback.

We’ve all noticed that in the last decade, grocery stores across the country have introduced dairy-free milk alternatives made with a variety of different plant-based foods, such as oatmeal, almonds, macadamia, pea protein, cashews, hemp. , and a long list of novel ingredients. So it’s no surprise to say that people have shown a special taste for non-dairy drinks and vegan-friendly frozen desserts. Only the past 2020, the size of the global dairy alternatives market was valued at $ 20.5 billion, and that number is projected to grow at an aggressive rate through 2030.

Against this background, it is surprising to read that whole milk is back in the spotlight. At least that appears to be the case in some New York City restaurants and cafes, according to information released in Grubstreet magazine. According to a recent article by writer Emily Sunberg, many waiters in Manhattan began to notice that fewer and fewer diners ordered oat milk earlier this summer. Regular customers began to order whole milk, this is an event that could mark a new trend and a rebirth of one of the most basic and classic drinks of all time: whole cow’s milk.

The wide range of non-dairy beverages greatly increased their popularity during the height of the COVID-19 pandemic, specifically between the months of March and June 2020. In a way, the disease spread to various food supply chains, including meat, dairy and eggs, resulting in large national shortages. In addition to this we must add that this type of drinks already enjoyed a very good reputation, as part of various plant-based nutrition trends.

The truth is that several factors influenced the decrease in demand for cow’s milk, such as the closure of schools and restaurants. In fact, in April 2020, a Dairy Farmers of America representative said that the demand for dairy products in the U.S. it had fallen by approximately 12-15%.

However the most relevant question today is Are plant-based milk options nutritionally equivalent or are they considered healthier than traditional cow’s milk? The first thing we have to say is that there are conflicting opinions about it. Some experts would say no at first, largely because some non-dairy milks are not fortified with all the nutrients naturally found in cow’s milk. This includes very important elements for the body such as calcium, potassium, B vitamins, vitamin D and vitamin A (found in whole milk). Taking into account that people are becoming more and more informed about the best foods to nourish themselves, it is very clear that this could be the reason why cow’s milk has been reborn.

While it is undeniable that alternatives such as oat milk are an excellent option for those who cannot tolerate lactose or follow a vegan diet, they should not be viewed as nutritionally superior options. They are just different: cow’s milk has more protein and is also a complete protein, which means that contains all the essential amino acids. Whereas oat milk can be a great alternative for those who cannot tolerate dairy and who follow stricter diets.

It’s finally a fact that whole milk is making a comeback, as a great addition to Americans’ morning cups of coffee and a powerful nutrient boost in breakfast shakes and other foods. One thing is for sure: whole milk offers a lot of nutrients that some alternatives to plant-based milk may not contribute in the same way.