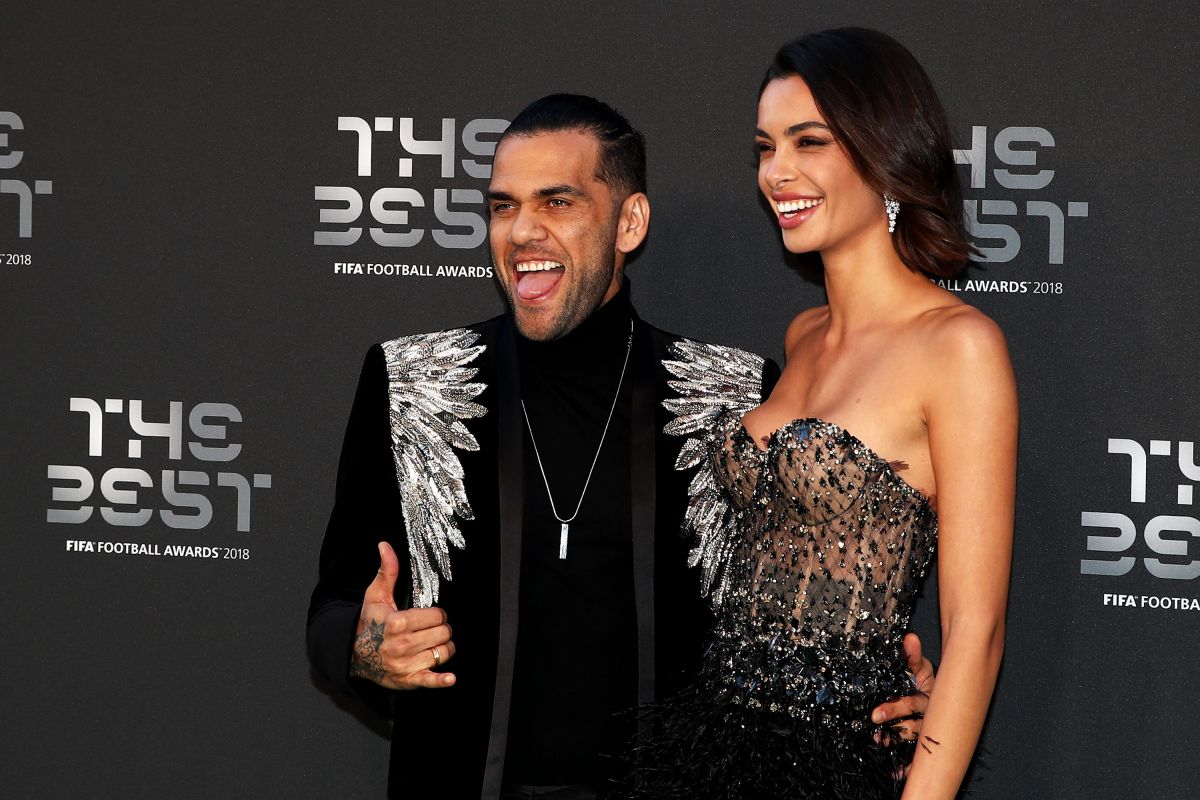 Joana Sanz, wife of the footballer with the most international trophies in his showcases, Dani Alves, threw a dart to the heart of the Pumas fans, who have dedicated themselves to commenting on absolutely all of the couple’s most recent publications asking the former Barcelona to accept the offer from the university team.

Faced with this reality, Joana Sanz was forceful and responded to one of the comments with a simple phrase and only two words: “Don’t invent”.

The situation that gave rise to the response from Dani Alves’ wife was a publication on his social networks with a photo of the player having a glass of wine, a situation that the fans let us pass and took the opportunity to tackle the brazilianreviewed the Mediotiempo portal.

“Toasting Dani Alves for his decision to come to Pumas. Congratulations, it’s going to be great“, Wrote a fan through the social network Intagram. Given this fact, Joana Sanz decided to respond to the comment: “do not invent“, Was the forceful phrase accompanied by an emoji of laughter with tears.

The technical director of Pumas, the Argentine Andrés Lillini, confessed that Currently he is not aware of whether the signing of Dani Alves will be finalized; this is simply because management has not notified you.

“Regarding what you said about Dani Alves, I don’t have any kind of news On the part of the directive, this morning I was with them and the subject is not touched. I am not the right man to answer that because I do not have any information, “Lillini said in statements reviewed by Mediotiempo.

Since he left FC Barcelona, ​​there have been many destinations with which Dani Alves has been linked, a footballer who at 39 still has a lot to contribute, considering that he is one of the best right-backs in history. Meanwhile, he and his wife continue to enjoy themselves and they show it through social networks.

Until now Mallorca, Seattle Sounders and Pumashave been the teams with which the Brazilian has been related to Sevilla, Barcelona, ​​PSG, Juventus, among others.

You may also like
. Did the signing of Dani Alves fall? Andrés Lillini revealed his conversation with the board and assured that he disregarded the possible hiring
. Does Dani Alves prefer the Águilas del América? The Brazilian soccer player would change to UNAM Pumas according to testimonies from Zague
. Dani Alves in Mexican soccer, how much money do they offer the Brazilian in Liga MX?