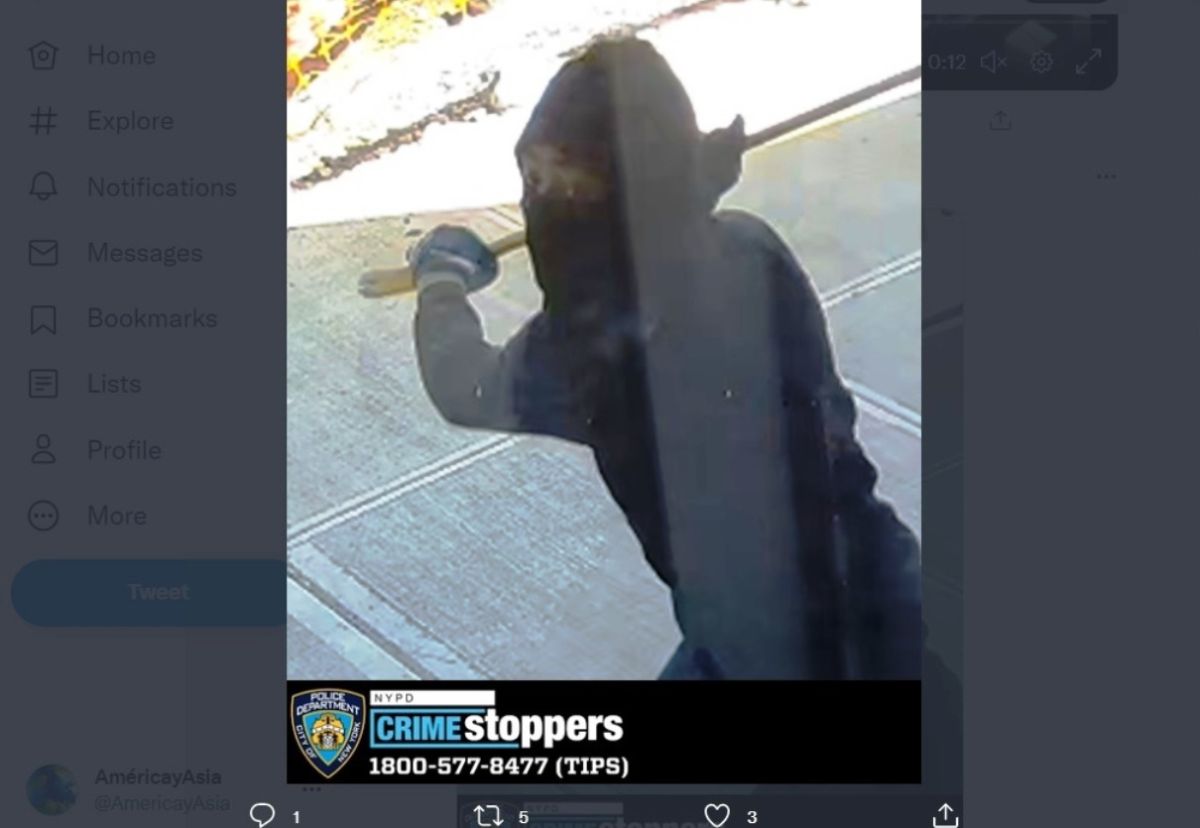 Two thieves were caught breaking the window of a jewelry store in broad daylight in the Bronx, where they later stole merchandise valued at $131,000.

The surveillance video released by NYPD It illustrates the anarchy that exists in the city, with criminals brazenly attacking on public roads. The broad daylight robbery took place around 3:56 p.m. on Friday, April 29, police said Tuesday.

The two men approached the store located at 2155 Grand Concourse and one of them used what appears to be a crowbar to break the display case. The two suspects then entered and stole approximately $131,000 worth of jewelry from the store window. Then they fled in an unknown directionnarrowed Pix11. It was unclear at the time if the jewelry store was operational.

No injuries were reported and no arrests have been made. Anyone with information should call. at 1-800-577-TIPS (8477) and in Spanish 1-888-57-PISTA (74782). Also through crimestoppers.nypdonline.org or by text message to 274637 (CRIMES), followed by TIP577. All communications are strictly confidential.

In April 2022, felonies increased 34.2% overall in NYCdriven by assaults, robberies and thefts.

Complaints of shoplifting or theft of products in NYC stores have risen 81% this year compared to the previous one, aggravating a trend that had been increased by penal reform and the pandemic, the NYPD indicated in early April. Cases have also skyrocketed in the rest of the state and other parts of the country.

The situation has generated unemployment by store closings, product shortages, more merchandise placed under lock and key and even episodes of violence with injured employees confronting thieves, many of them repeat offenders.

state laws made shoplifting a promising option for some criminals, amid an apparent impunity. For example, Isaac Rodríguez, a 22-year-old resident of Queens, was arrested 46 times for shoplifting in 2021.