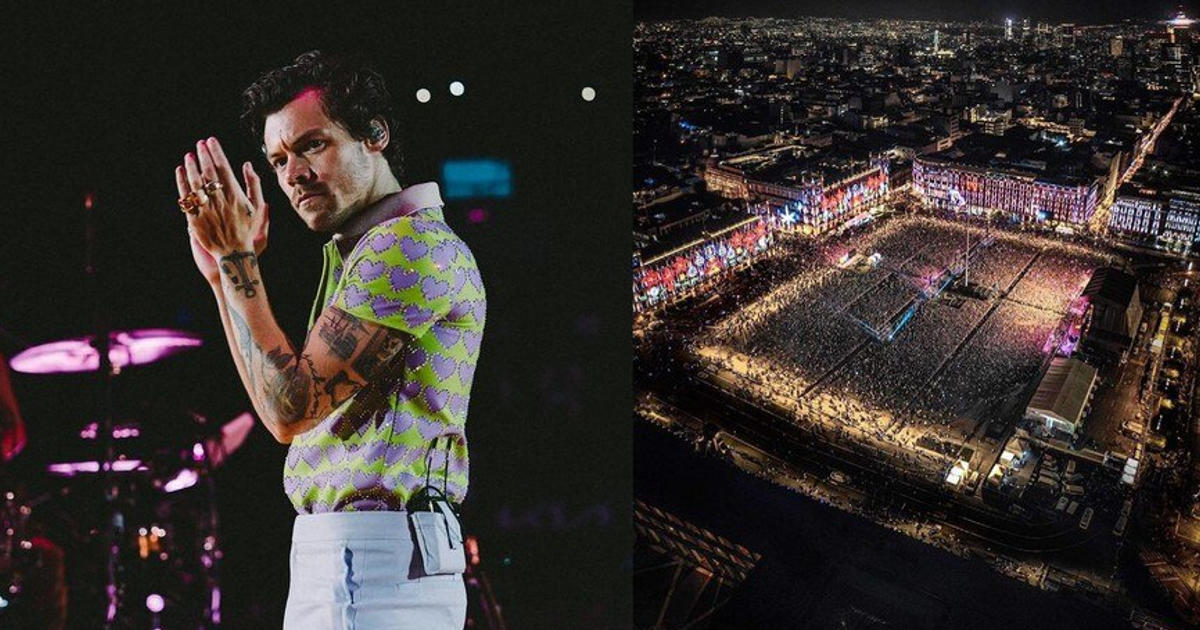 As you read it, Harry Styles could give a free concert in Mexico City’s Zocalo courtesy of Claudia Sheinbaum as a Christmas gift.

A few days ago, Harry Styles, 28 years old, as part of his Love on Tour world tour, performed at Mexico City’s Foro Sol on November 24 and 25.

As soon as tickets for Harry Styles’ concerts went on sale, they sold out in a matter of minutes, leaving thousands of fans wanting to see him live.

So now, those who haven’t had the opportunity to see Harry Styles in concert have a small glimmer of hope to see him for free in the Zócalo.

Claudia Sheinbaum proposes Harry Styles as a Christmas gift to perform for free at the Zócalo.

It was through her official TikTok account that Claudia Sheinbaum started throwing hints to her followers to bring Harry Styles for free to the Zócalo.

It all started with a video shared by the head of government in which she shared her favorite song by the singer.

But in the video, you can see some images of Claudia Sheinbaum talking on the phone while TikTok’s voice says: “me in short calling Harry.” The video then shows clips of Harry Styles in concert.

Immediately, his followers began to cheer for Harry Styles so that Claudia Sheinbaum would bring him to sing for free in the Zócalo.

And although there is nothing officially confirmed about a Harry Styles performance in Mexico City’s Zócalo, there is no doubt that fans of the British singer are hoping for a Christmas miracle.

Artists who have performed at the Zócalo in Mexico City

As is known, concerts in the capital’s Zócalo are quite common, and if Harry Styles manages to perform by the end of the year, he will join this list of artists who have also had a place to play for their Mexican fans: