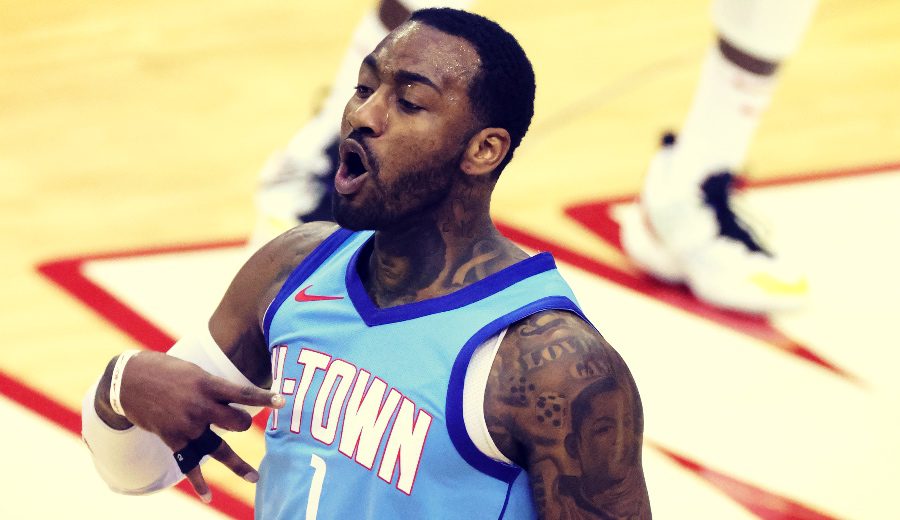 John Wall and the Houston Rockets have reached an agreement so that the point guard will not play with the franchise again. The Texas team, in full reconstruction, does not count on the base in the long term, who will continue training with the Rockets while a solution is found for his case, which is not exactly easy. In any case, the idea is that he does not play again.

In Houston they trust for the future of their outside game in their young talents, led by Jalen Green and Kevin Porter Jr., in a rotation in which players like Josh Christopher or Anthony Lamb will also have minutes. A nucleus of future projects (also the Spanish Usman Garuba) accompanied by Christian Wood or Jae’Sean Tate, who left a good feeling last season.

John Wall came in from the Washington Wizards last year in the trade that sent Russell Westbrook there. After more than a year off, last season he returned to the courts, at an interesting level: 20.6 points and 6.9 assists in the 40 games he played, with a discreet 4th% in shots. With just turned 31, they were green shoots that get complicated when their contract is observed. In 2017, Wall signed a contract with the Wizards 170 million for 4 seasons, of which two years remain, with exorbitant amounts: 44.3 million this season that starts now and 47.4 million the next. An atrocity.

What possible solutions are there?

Basically two. Or look for a transfer for him or seek an agreement to terminate his contract. The problem is that the two options seem very complex. In the case of the transfer, due to the difficulties in finding a franchise that takes over that contract outside the market and that, in addition, has assets and space to absorb it. And that would be difficult for the Houston Rockets to get rid of a draft round or one of their young talents. And they don’t seem because of the work. What big contracts can come into play? The first that comes to mind is Kevin Love, also with two more years signed and over 30 million dollars. Or the option of the Thunder, with salary space, absorbing part of Wall’s contract, perhaps giving Favors. But any of those operations would come at a cost to the Rockets.

And an agreement to terminate your contract? When we talk about such mammoth contracts (more than 40 million), these operations seem highly complex. How much is John Wall willing to forgive? How much can he “get back” by later signing with another franchise, as Kemba Walker did with the Knicks? At this point in the market, one month before the start of the league, it is not easy.

While his situation is resolved, John Wall will continue training with the Rockets and will be present at the training camp, although he does not plan to play with them again. We will see if this situation is final or can be reversed if a solution does not appear in the coming weeks.

Sources: John Wall, Houston Rockets meet and mutually agree to work together on finding a new home for the five-time All-Star guard. Plan is for Wall to be present at training camp, but not play in Rockets games this season.