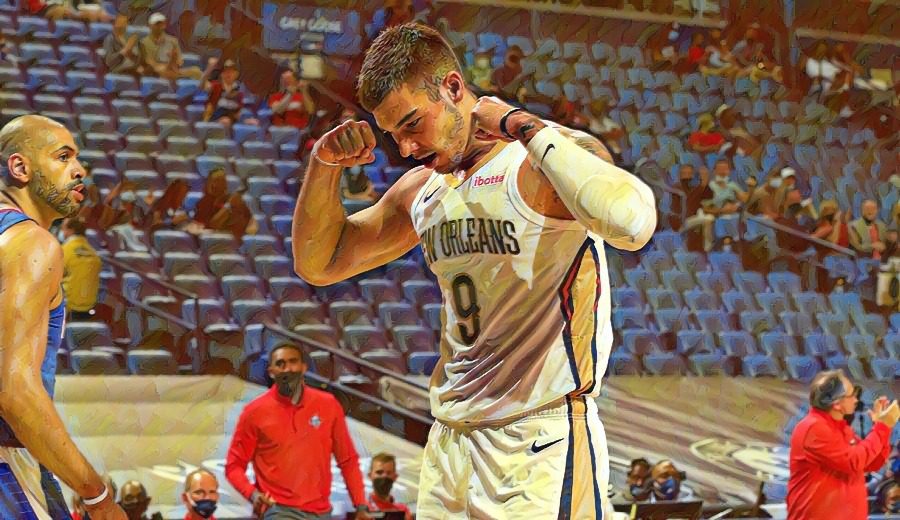 Willy Hernangómez he will continue with the New Orleans Pelicans. The Spanish pivot will sign for three seasons with the franchise, as reported by Shams Charania, so he will continue in an NBA in which he landed in 2016. In his first season with the Pelicans, Hernangómez played 47 games and averaged 8 points and 7 rebounds in 18 minutes on average. It was his highest average minutes in the league since his experience with the Knicks as a rookie.

Hernangómez, who came to the Pelicans after two and a half years, some Hornets who never bet on him, started the season without a presence in the rotation, as third five after Steven Adams and Jaxson Hayes, but when he entered the rotation in February (20 minutes per game), I take this opportunity (8 points and 8 rebounds on average). After falling back into the coach’s plans in March, during the month of April his highest quota of minutes returned to having satisfactory results (8 points and 7 rebounds in 18 minutes).

There is an especially important detail when assessing the continuity of the Spanish interior. Among the three fives in the rotation last year, Zion got his best results sharing the court with Willy:

Also, making an inner couple with Williamson, Willy He was part of the Pelicans’ second-highest-minute quintet all season (126), one that worked really well (+13 net rating, the best of all among those with more than 65 minutes). The plans will be different for the new campaign, largely because the coach will be new (Willie green, former Warriors and Suns assistant debuts as head coach) and because Adams has left the franchise, having arrived Jonas Valanciunas.

The Lithuanian, fantastic in his time with the Grizzlies (17 points and 12 rebounds on average this last season), will start as a five starter. His offensive quality and some improvement in his shooting range make him valuable, in addition to his presence in the attack rebound. But he will be a free agent in 2022 and, in reality, it does not represent a drastic change in the expectations of the Spaniard. That is, Hayes and Hernangómez will have to continue fighting for the remaining minutes in that position of five, they consider that Zion nominally starts as four in the forwards structure along with Brandon Ingram and two perimeter players.

The Pelicans have not yet launched to offer Zion as five, largely because his defensive performance or on the defensive rebound does not yet allow it. That is why they continue to protect their action near the rim with another inner presence. It is there where Willy, with defensive deficiencies when he is paired with rival outsiders away from the basket but great offensive productivity in short sectionsThanks to his low post ability and good off-the-ball reading, space can be made. The samples with Zion are really promising and the inconsistency of Hayes (21 years old) can definitely win him those minutes as an alternative to the starting five.

Green’s bet from the bench is still an enigma but the confidence in Willy, at an affordable price, makes sense from a franchise level. The Pelicans, who lost Ball this summer and traded Bledsoe and Adams, are still they are a team under construction identity, after the failed affair with Van Gundy. And in this scenario, the Spaniard has a space to be able to demonstrate that, with an appropriate role that enhances his offensive virtues, he continues to have a place in the League.