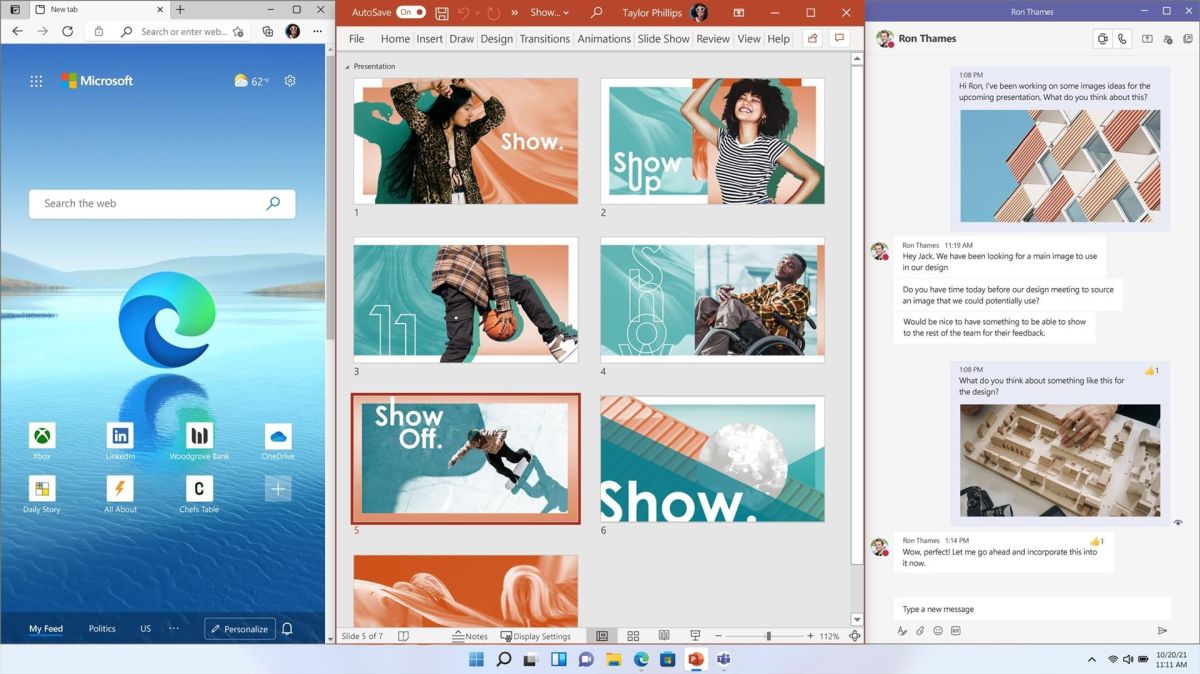 Although for a few days it was an open secret, finally this Thursday, Microsoft made the official announcement of the update of its operating system, thus making the great leap to Windows 11.

Through a special event, transmitted via streaming, Panos Panay, Microsoft’s product manager, was in charge of presenting the new version of Windows, an update that had not been done for 6 years.

“The team became obsessed with every pixel. All these details coming together, the transitions, the user interface, how it all flows together, is meant to give you an incredible sense of calm, ”Pany said during the presentation.

Next we will list the great news that Windows 11 has brought.

The changes coming to Windows 11

One of the most notorious changes of the new operating system is in the Start menu, as a button of this has been included that is centered on the taskbar.

This menu opens a window with applications that are anchored, recently opened documents that are cataloged as “recommended”, as well as a search bar.

Microsoft advertised them as “instant designs”. The user will have several window options, ranging from the maximize button so that he can choose between several templates to display 2, 3 or 4 applications on the screen.

What’s more, has something called Snap Groups, in this a collection of applications is saved, as well as the layout that the user was using, which allows them to easily return to that configuration if they need to pause their work. Also, if someone uses a monitor, which they must disconnect, when they reconnect it, it will instantly return the layout you were using before.

Another improvement that will make it easier to switch between tasks: saved desktops with personalized wallpapers for home, school, work, and games.

Windows 11 also has something called “smooth visual effects”, such as rounded corners in applications and the incorporation of icons to improve their visualization, which return to translucent layers, as was the case with Windows Vista, giving certain windows a “layered” appearance.

It is incorporated into the widgets that Windows 11 has, as they are completely personalized, information that it precisely obtains through artificial intelligence, such as the weather, the calendar, traffic reports and news.

It is included in Windows 11 and its icon is in the taskbar and according to Panay, through this, you can chat, call, make video calls with anyone anywhere in the world.

On mobile devices, Windows 11 will largely maintain the same appearance when the keyboard is disconnected from the device.

Users can use the snap to navigate between various open apps, and when the screen is rotated, these apps will join vertically to make viewing easier.

In addition, a floating keyboard was added, as well as voice typing that can be automatically scored and continued with certain voice changes.

Windows 11 includes a feature called “Auto HDR”, with which there is an automatic improvement in color and lighting on video game screens, a technology that was included for the first time in Xbox consoles.

Too, Xbox Game Pass will be integrated into Windows 11 to give subscribers access to a library of hundreds of video games on their PCs.

At the event, Microsoft took the opportunity to present its new online store, the Microsoft Store, in which users will now have more options for applications, especially that they can now access Android from their computer.

What computers will be compatible with Windows 11?

The first thing you should know is that the update is free for all those devices that currently use Windows 10, but unfortunately not everyone will be able to install it.

According to the specifications revealed by the Redmond corporation, Windows 11 will only be officially compatible with Intel Core processors from the eighth generation onwards, in addition to the newer models of the Pentium, Celeron, Atom and Xeon lines.

In this link you can check the complete list of Intel compatible processors with the operating system.

In the case of AMD, the processors compatible with Windows 11 are the Ryzen 2000 models onwards, along with the second and third generation EPYCs, and some Athlon.

Windows fixes a bug that took more than 20 years