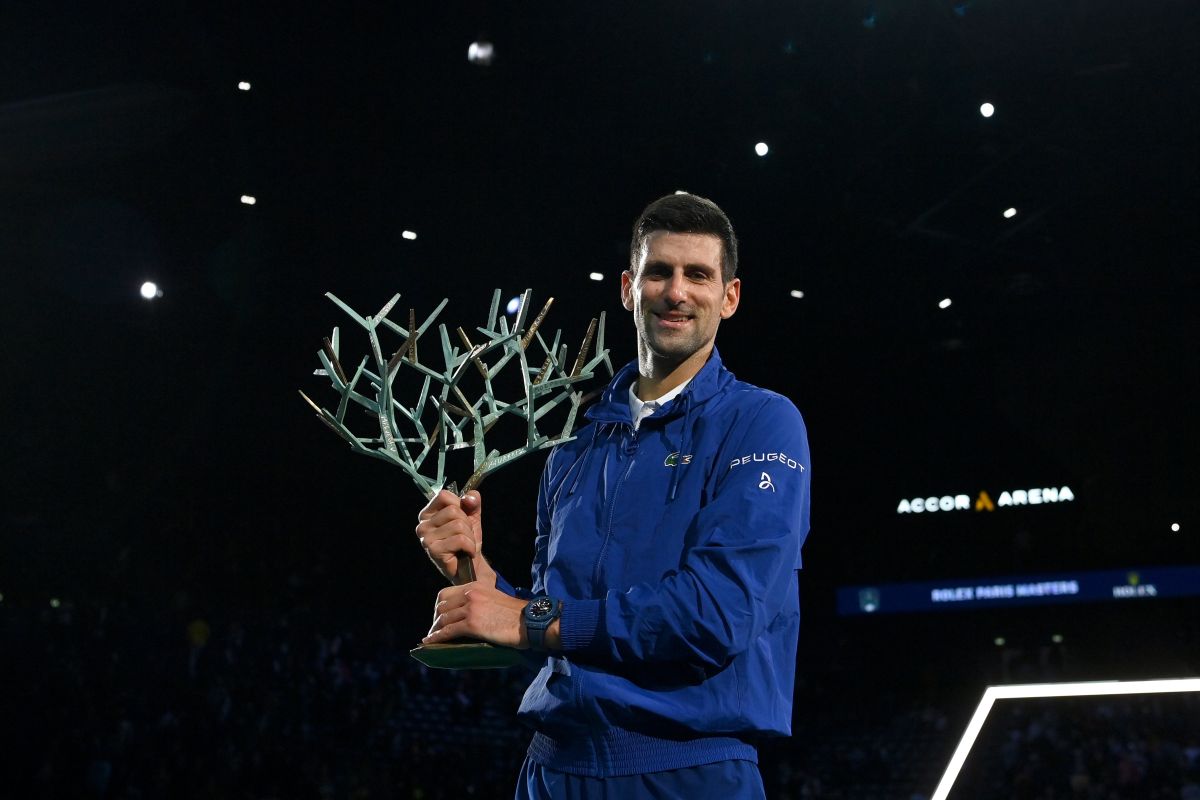 Serbian Novak Djokovic met with a comeback his pending rematch with the Russian Daniil Medvedev after the final of the last US Open, beat him 4-6, 6-3 and 6-3, and won the title at Paris Bercy, his thirty-seventh Masters 1000 tournament, one more than the Spanish Rafael Nadal.

The Belgrade tennis player, who secured his status as number one in the world at the end of the year for the seventh time to surpass the record he shared with American Pete Sampras, faced the Parisian event equal to Masters 1000 trophies with Nadal (36).

“What a day, what a week. Blessing after blessing. My love and my children witnessing this moment. Crowned by years of hard work. My amazing team. Fantastic matches. Many memories. Grateful to bring home another “tree” to the forest where this wolf sleeps“Wrote” Nole “after achieving the historic title.

Djokovic has also overcome the challenge and will leave France with this record also resolved. The Serbian, who had not competed since losing the US Open final with Medvedev, went from less to more in the appointment in Paris Bercy, which he resolved after two and a quarter hours.

Everything changed in the second set. As happened in the semi-final against Hubert Hurkacz of Poland, he hit the gas. He was more confident with his serve, which he did not lose anymore, and equalized the match after winning the second set. Medvedev assumed his inferiority in the decisive section, in which he could not counteract the good level of the world number one, which ended up closing the duel.

Novak Djokovic, who won for the sixth time in ten meetings against Muscovite, captured his sixth title at the Masters 1,000 in Paris. He recovered the crown that last year went to the Russian. And it brings to 37 the number of Masters 1000 in his career and also his success ratio.

The Balkan adds Paris to the successes of Wimbledon, Roland Garros, the Australian Open and the Belgrade tournament. Five in 2021 and 85 in total throughout his career. The most winner.