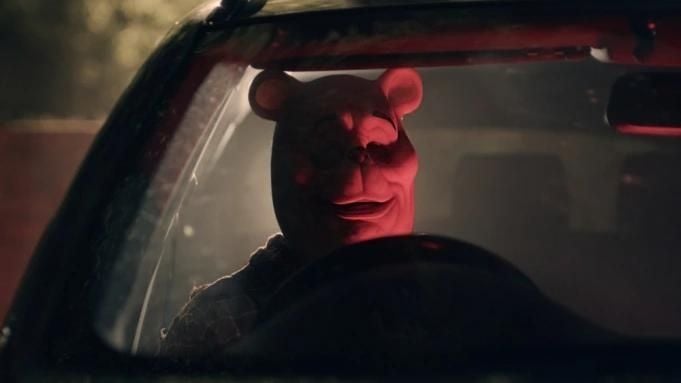 The first official images of the upcoming horror film ‘Winnie the Pooh: Blood and Honey’, featuring an intensely terrifying version of childhood classics.

Because the original ‘Winnie-the-Pooh’ book by AA Milne, published in 1926, entered the public domain this January, anyone can use the characters in any way they want without copyright issues.

And in ‘Winnie the Pooh: Blood and Honey’, which is directed by Rhys Frake-Waterfield and starring Amber Doig-Thorne, Maria Taylor, Danielle Scott, Danielle Ronald, Chris Cordell and Craig David Dowsett as Winnie himself, the animated bear, usually portrayed as cuddly and friendly, receives a sinister makeover.

In the leaked preview you can see Pooh and Piglet stalking a woman in a hot tub, the words “GET OUT” written in blood on the windows of a dark house and even Pooh behind the wheel of a car.

The UK-based Jagged Edge Productions film was shot in England and tells the story of Winnie the Pooh and Piglet going wild after Christopher Robin leaves for college.

The director explained in an interview with Variety that Pooh and Piglet search for human prey after eating Eeyore.

“Christopher Robin has walked away from them and has not given them food; he has made the lives of Pooh and Piglet quite difficult, ”he declared to the medium, so they then go on a murder spree.

“Because they’ve had to fend for themselves so much, essentially they have gone wild. So they went back to their animal roots. They are no longer tame: they are like a vicious bear and pig who want to run around and try to find prey”, advanced the filmmaker.

Although he did not reveal the premiere date, he did clarify that they are “going to start speeding up the editing and getting it through post-production as quickly as we can. But also, making sure it stays good. It’s going to be a high priority.”

According to the film’s IMDB page, it is described as a “horror tale of the famous legend of Winnie the Pooh.” It is expected to be released later this year.