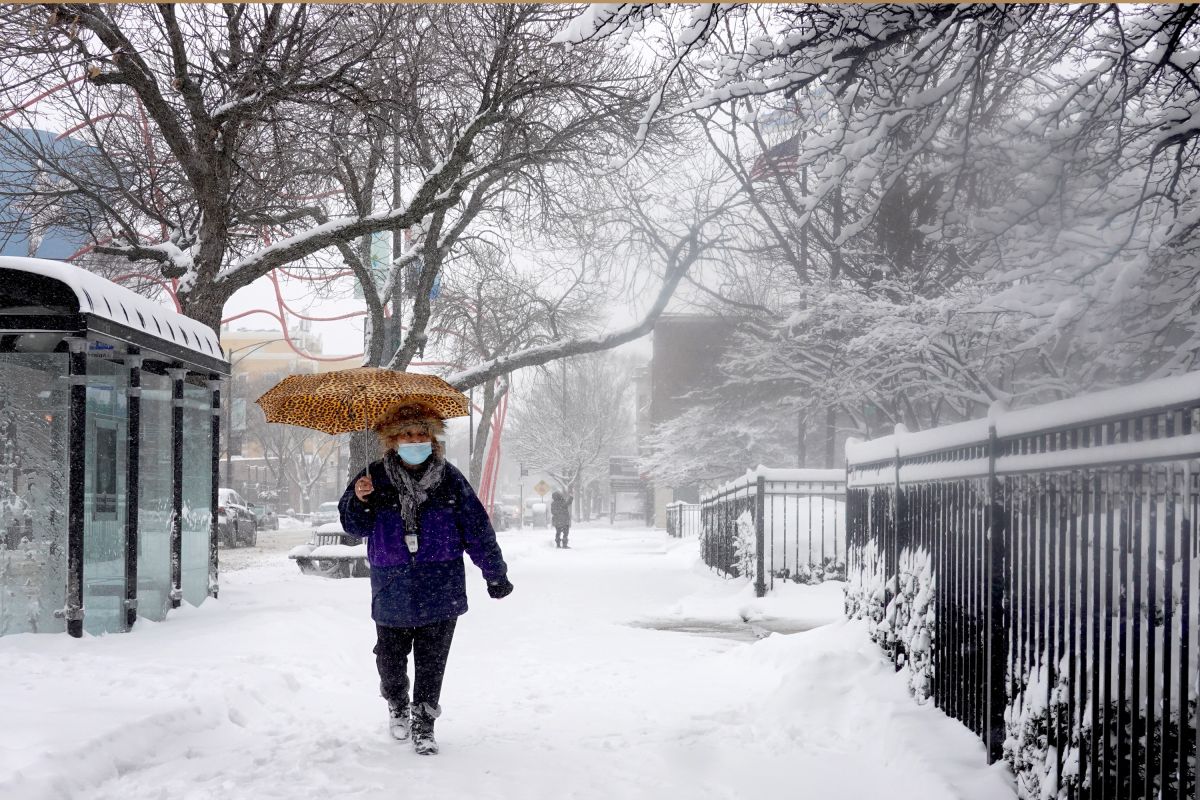 A winter storm will bring a variety of weather hazards to the United States through several states through Friday, the National Weather Service (NWS) forecast and there are winter weather advisories in effect for tens of millions of Americans.

The storm system may bring record low temperatures to the west, along with risks of power outages, making travel dangerous and frost damage to trees across the country.

The National Weather Service said The system is forecast to move from the Tennessee and Ohio Valley region toward the New England coast on Friday.

Heavier snowfall expected in Pennsylvania, New York, and much of the New England area. Up to a foot of snow is possible, the NWS said.

the accumulationice n up to a quarter inch possible from Ohio to Pennsylvania and northern and western Maryland.

Heavy rain is also forecast in parts of the Ohio and Tennessee valleys, which have been lashed by rain in the past three days, the NWS said. As a result, the additional rain poses a greater risk of flash flooding. Parts of Kentucky, Tennessee and West Virginia are currently under a flood watch.

While the storm hits states with mixed rainfall, Record low temperatures are possible across parts of the West Coast.

But in the southeastern and southern Mid-Atlantic, several places could experience above-average heat. from Thursday through Friday morning, the NWS said.

The winter storm is then forecast to move away from the New England coast on Friday night, leaving “much calmer weather” for Saturday, according to the National Weather Service.

Those in the path of the winter storm are encouraged to avoid travel if possible and to exercise caution on the roads.

– The United States had its driest and coldest January in years