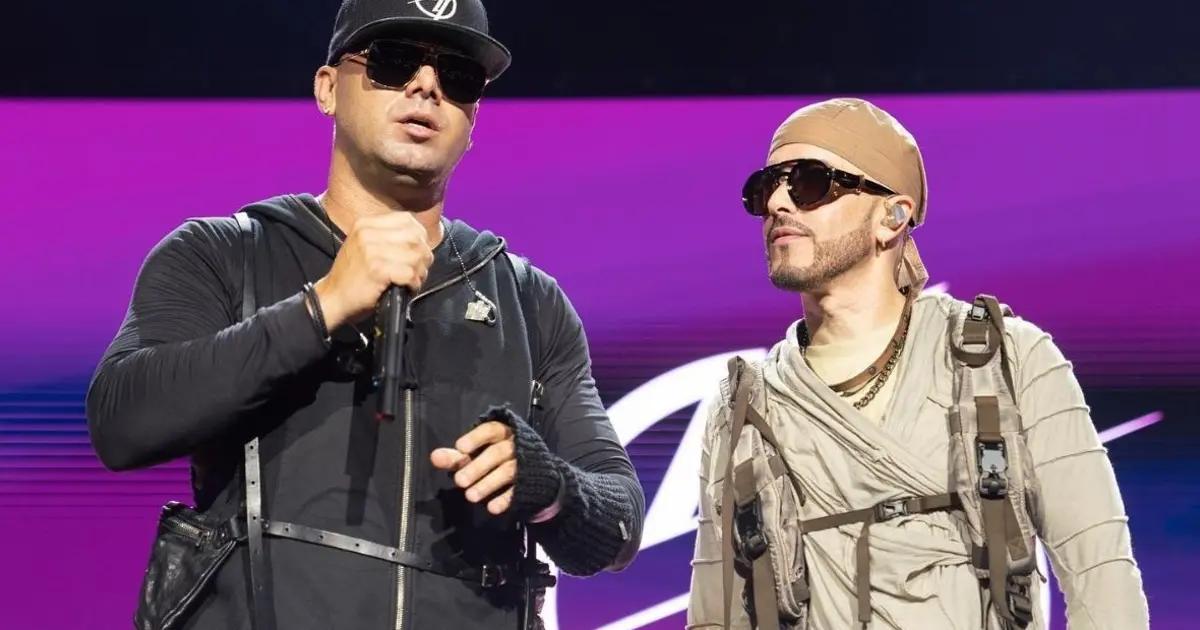 The Puerto Rican reggaeton duo Wisin y Yandel had last Friday the first concert of the 14 consecutive ones they will give in San Juan, Puerto Rico, at the Coliseo José Miguel Agrelot -with capacity for 14,000 people-, to end a long career of almost 25 years in their homeland.

“Last night, last night I dreamed of you,” thus, with the lyrics of the song “Ahora es,” started the first show that marks the closing of a cycle in which Wisin y Yandel beat a historic record of consecutive performances in the main entertainment venue of the island.

The duo, dressed in metallic clothing, emphasized that these 14 farewell shows “are a gift from heaven” and affirmed that for them, it is “a pride” to be from Puerto Rico.

“Abusadora” or “Sexy movimiento” are some of the hits that the couple has harvested throughout their career and that during the show were sung at the top of their lungs and “perreadas” by the crowded hall of events, known as “El Choli.”

“Good evening, Puerto Rico. We were looking forward to this moment,” Yandel told the audience. For his part, Wisin said: “There are so many things we would like to tell you. There are so many experiences in this land, in this plaza”.

The duo had not performed at the Coliseo since 2018 when they performed eight concerts. Now, they will reach another milestone with these 14 performances, as it will be the first time an artist can perform 39 presentations in the most important venue in Puerto Rico.

Several artists accompanied the duo on this historic night, and the first was rapper Yaviah, who conquered the audience with his viral songs “Me la Llevo pa lo Oscuro,” “Mai,” “La máquina” and “Wiki wiki wiki.”

“Go up to her and tell her: Mami chula hoy es Noche de Sexo,” claimed the duo to everyone at the concert before starting to sing their well-known song “Noche de Sexo.”

Between hits, the Puerto Rican duo Zion and Lennox were the second to share the stage with the duo known as “The duo of the history” of reggaeton, delighting the audience with “Vacaciones,” “Zundada” and “Dime cuánto te Tengo Que Esperar” (Tell me how long I have to wait).

“Descara” and “Déjale Caer to el peso” are the two songs sung by Yomo, another of the singers who took the stage and whom Wisin and Yandel described as one of their favorite artists.

The duo did not skimp on guests and was also accompanied by Puerto Ricans Jowell y Randy, who received a standing ovation from the fans when they sang “Perreame,” “Blass,” and “No te Veo.”

After more than two hours of the concert with a repertoire of more than 35 songs, Wisin y Yandel closed the night by making the audience vibrate with “Rakata” and “Algo Que Me Gusta de ti.”

Their “La última misión” tour began on September 29 in Orlando (Florida) with the first concert of a total of 41 performances and will conclude on the last day of the year in San Juan. Wisin y Yandel launched their production “La Última Misión” at the end of September, as the finale of their career as a group, with 11 guests, including Rosalía, J Balvin, and Jennifer López.

In their hometown of Cayey, in the central mountainous area of Puerto Rico, the duo met and began their musical career in 1998. The duo presented their first studio album, “Los Reyes del nuevo Milenio,” in 2000, a joint career that ended temporarily in 2013 to reunite in 2018.

During their 14-year career as a duo, they received numerous multiplatinum certifications in the United States and Latin America and several other prestigious awards, including two Latin Grammys and an Anglo-Saxon Grammy, as well as ten Billboard Latin Airplay No. 1s. EFE.