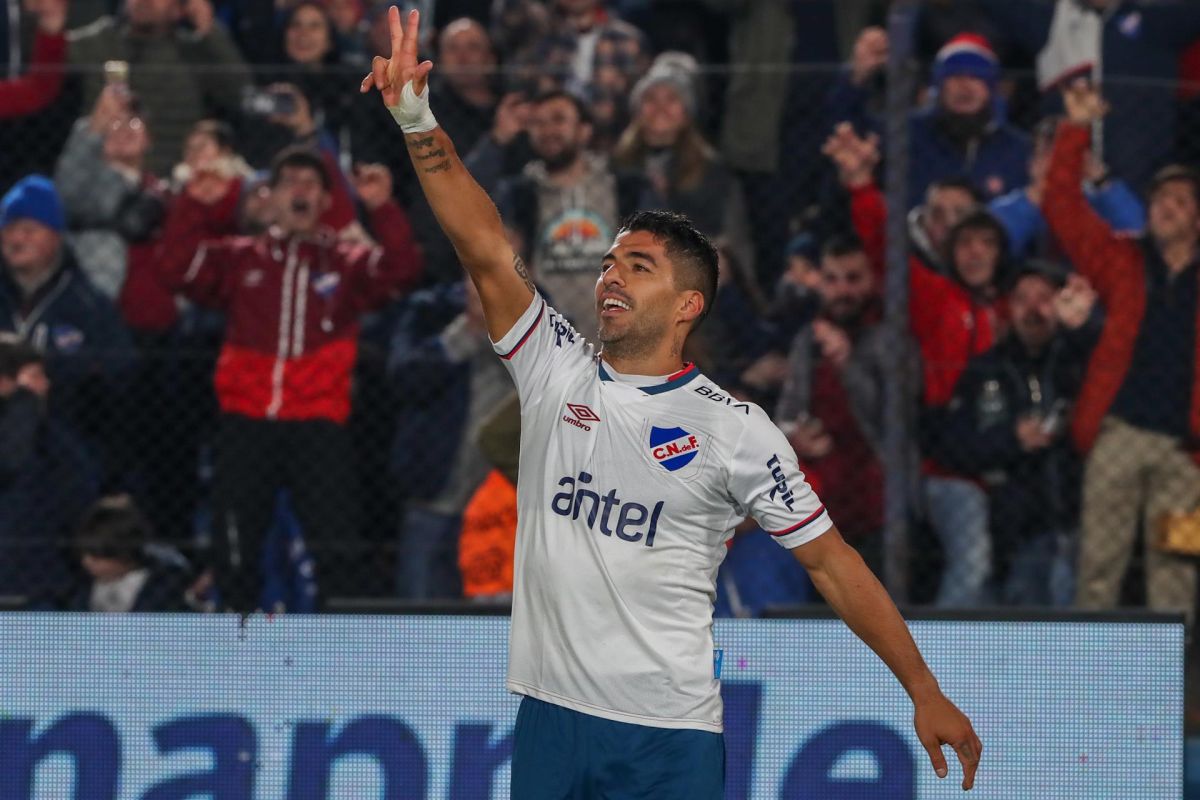 Luis Suárez could not have had a better debut on his return to Uruguayan football after shining in Europe. The gunman, applauded and cheered by the fans, returned to Nacional hoping to be the team’s top scorer this year.

This Friday in the match against Rentistas, he entered the second half with the score 2-0 in favor and put the icing on the cake with his touch to Nacional’s win. In the 59th minute, the striker took advantage of a cross into the area from a corner and headed it 3-0 for the Tricolor to seal the win before the thousands of fans who came to see Suárez.

Suárez was hugged by all his teammates and then dedicated the goal to his daughter, who was on his birthday in the stands with the family of the Uruguayan striker.

“Three points and to think about Tuesday. Happy to celebrate a goal again with this shirt and in this stadium. Delphi, it’s for you.” the striker wrote on social networks after the game.

About the end of the game, when Nacional won 3-0 thanks to goals scored by José Luis Rodríguez, Juan Ignacio Ramírez and Suárez, andhe team led by Pablo Repetto had a penalty in favor of a handball by Fabricio Buschiazzo.

‘El Pistolero’ took the ball and immediately the vast majority of fans took their cell phones to record the moment. However, goalkeeper Lucas Machado, who was playing his first match at Rentistas on this day, he became the villain of number 9 by stopping his shot.

With this victory, the Nacional of Uruguay got its first victory of the Closing Tournament after a loss in the first match of the tournament and climbs to the top of the championship table.

16 years, one month and three days later, Luis Suárez returned to play for Nacional and thus scored his 13th goal wearing that shirt. ANow the team will seek a comeback against Atlético Goianiense in the Copa Sudamericana where they lost 1-0 in the first leg.

Mikel Arteta revealed why he let Marcelo Flores go from Arsenal: “We needed to expose it in another context”