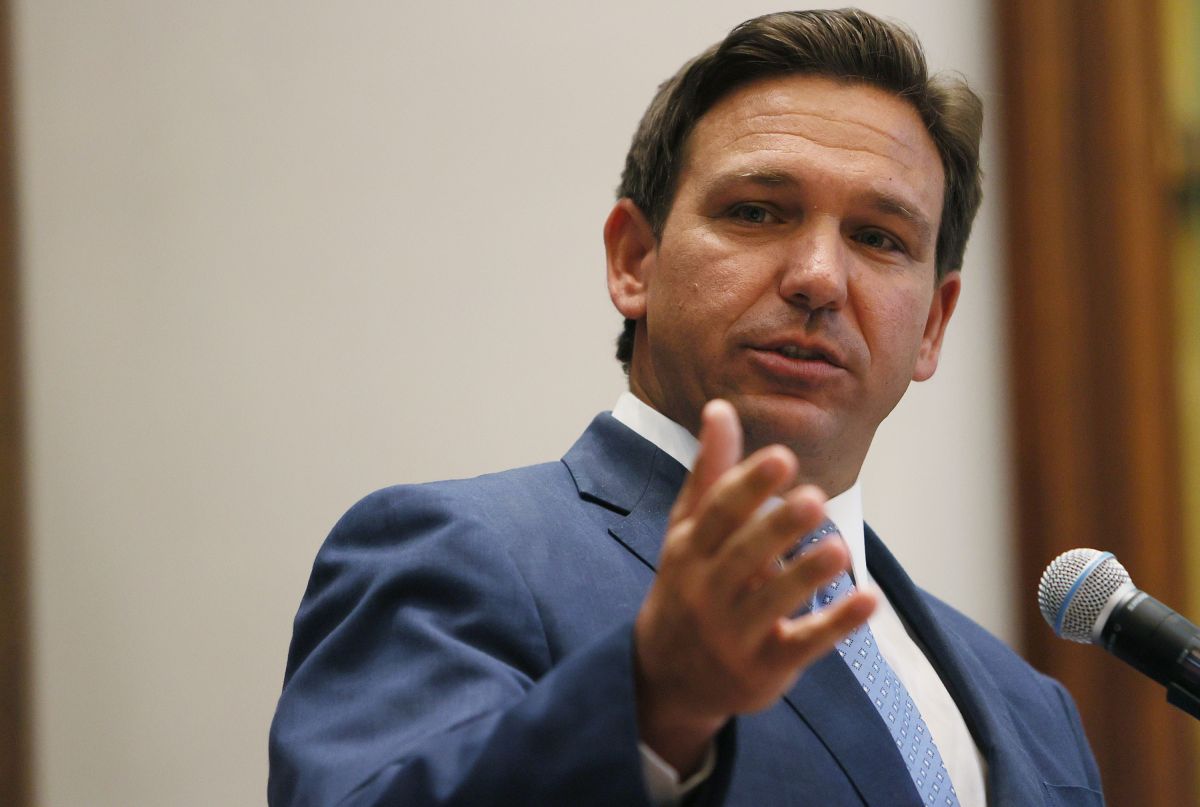 The Florida First District Court of Appeals on Friday reinstated the suspension of mask mandates in schools, blocking the requirements established by several school districts in that state to prevent infections with Covid-19 again.

The Governor’s Attorneys Ron DeSantis They filed the emergency appeal after a judge ruled Wednesday that the governor’s ban on the use of masks in schools was suspended.

This latest court ruling comes amid a clash between the state and some local school districts that have insisted on requiring students to wear face masks in schools as infections rise. Covid-19.

The Court of Appeals established in its opinion that, while there is no final ruling in this litigation, The state can require all 67 school districts to abide by the controversial mask-wearing rule that requires parents of students to decide whether or not they should use them in schools, contained in the so-called Emergency Rule.

In other words, districts cannot require that students wear masks in schools, since, according to the rule, that decision corresponds only to the parents of the minors.

That is exactly what the government of Republican DeSantis had asked to annul a ruling by Judge John Cooper against the rule remaining in force while the judicial process remained open.

In the words of a spokeswoman for the governor, Christina Pushaw, who wrote a Twitter message on the matter, the court’s decision today means that “the rule that requires ALL (capitalized) Florida school districts to protect the right of parents to decide on the use of masks by their children has an effect AGAIN ”.

The opposing party has already announced, through their lawyers, that they will continue fighting so that the school authorities can decide what preventive measures against Covid-19 apply and opined that with the ruling of the First District Court of Appeals students, teachers and parents are at the mercy of the coronavirus.

As attorney Charles R. Gallagher wrote on Twitter, the next step will be to go to the Florida Supreme Court.

Last August, amid a virulent increase in the incidence of Covid-19 In Florida and at the start of the new school year, several school districts, including the largest, challenged the norm and introduced the mandatory use of masks in schools.

At the same time, parents of students and civil organizations sued the state in court in order to invalidate the rule, which is supported by an executive order from DeSantis.

The DeSantis government threatened to withdraw resources from the rebel districts and fought back against the plaintiffs.

Since the beginning of the pandemic in March 2020, the governor has opposed the mandatory use of masks and at the closure of the economy in what he has defined as the “state of freedom.”

However, his ultra-conservative stances against vaccination passports and the requirement to wear masks in public schools are taking a toll on his popularity, along with the explosion of cases, deaths and hospitalizations for Covid-19.

In a Morning Consult poll last week, disapproval of the Republican among independents – those who are neither Democrats nor Republicans – rose from 38% to 51% between the first week of July and the last week of August.