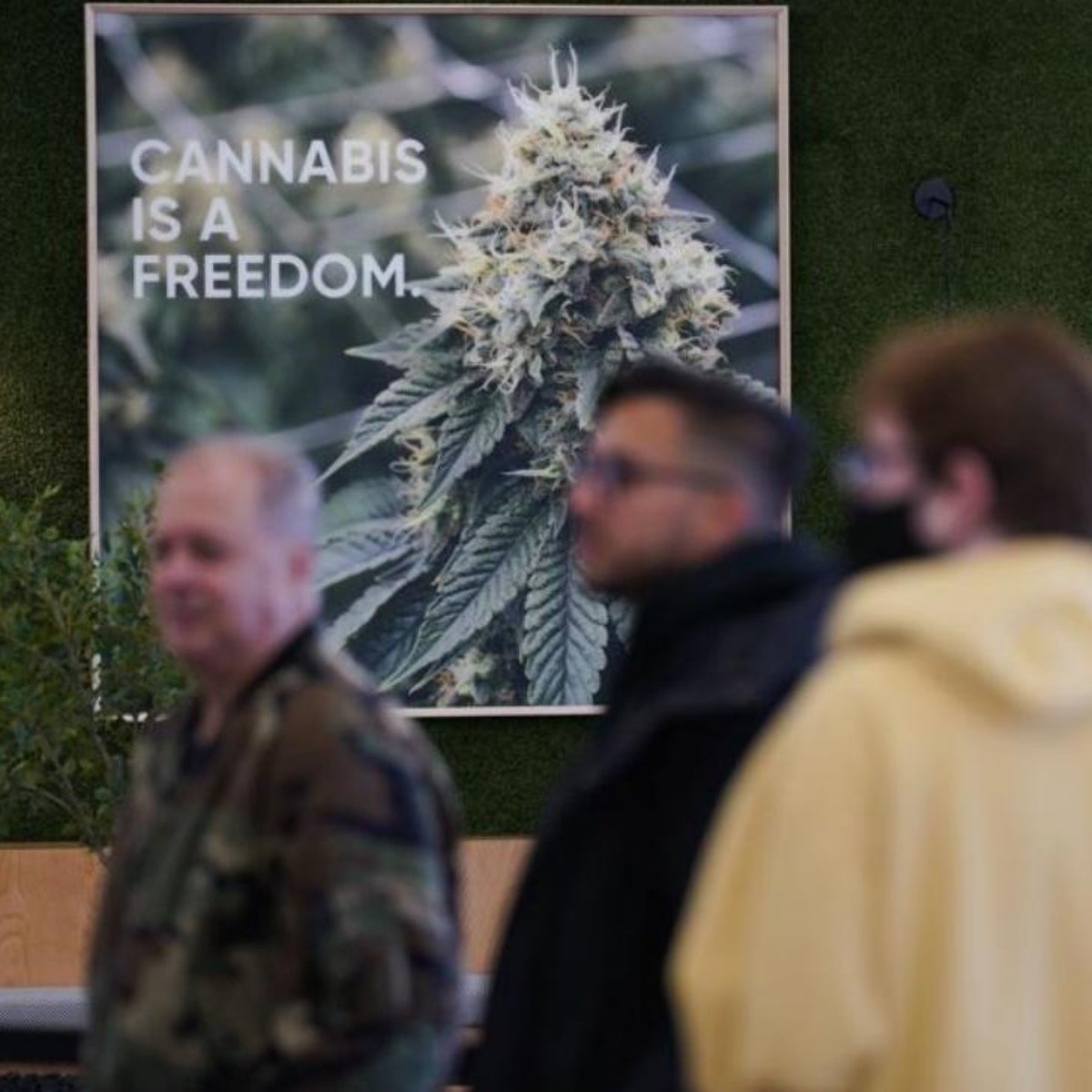 New Jersey.- As of this Thursday, the New Jersey recreational marijuana market is open for business, sales for adults over 21 were scheduled to begin with the opening of the first alternative treatment centers from 06: 00 in the morning in part of the state.

The start of the recreational market comes a week after Democratic Governor Phil Murphy announced that state regulators had cleared the way for recreational sales at seven “alternative treatment centers” that had already offered medical cannabis. The seven centers operate 13 facilities throughout the state.

New Jersey is among 18 states, plus the District of Columbia, with legalized recreational marijuana markets. Thirty-seven states, including New Jersey, have legalized medical marijuana.

New Jersey is the first among its closest neighbors to start recreational sales, while New York is moving ahead with a recreational market, but sales aren’t expected to start until later in the year, state officials said.

Michael Barrows wore his Grateful Dead T-shirt and a Jerry Garcia mask to the inaugural day of recreational marijuana sales in New Jersey on Thursday, one of dozens of people who lined up before dawn to join the celebration scene.

Possession of cannabis is now legal in New Jersey, although driving under the influence is still prohibited.

Barrows, 60, joined a steady stream of other novelty seekers, longtime pot users and medical patients at RISE in Bloomfield, near the state’s largest city, Newark, and not far from the city. from New York.

With soulful music blaring, free donuts in the parking lot, and a balloon arch at the entrance, New Jersey’s 21+ cannabis launch had more of a carnival feel than a store opening.

Hagan Seeley, 23, said she had just found out the day before that recreational sales were starting and decided to see what the scene looked like. He was impressed with the place, decorated with an old train station-style board and long wooden tables with products under glass globes.

Ben Kovler, president and CEO of Green Thumb Industries, which operates the Bloomfield dispensary, was at the opening Thursday. He said he expects demand to grow as news of the start of sales has only been known for a week.

To gain regulatory approval, the facilities told regulators they would not cut off patient access to medical marijuana.

Ziad Ghanem, president and chief operating officer of TerrAscend, which operates centers in Maplewood and Philipsburg, said that to accommodate patients, the centers would have a “smaller menu” to start with for recreational users.

Centers must also meet social equity standards, such as providing technical expertise to new marijuana businesses, especially social equity seekers: those located in economically challenged parts of the state or individuals who have committed cannabis-related crimes. .

Legislation governing the recreational market requires the 6.625% sales tax to apply, with 70% of profits going to areas disproportionately affected by marijuana-related arrests.

Black residents were more likely, up to three times more likely, to face marijuana charges than white residents. Cities can also charge a tax of up to 2%.

State regulators say dispensaries can sell up to the equivalent of 1 ounce of cannabis, which means an ounce of dried flower, or 5 grams of concentrate or 1,000 milligrams of edibles, like gummies. Perishable items like cookies and brownies are not available.