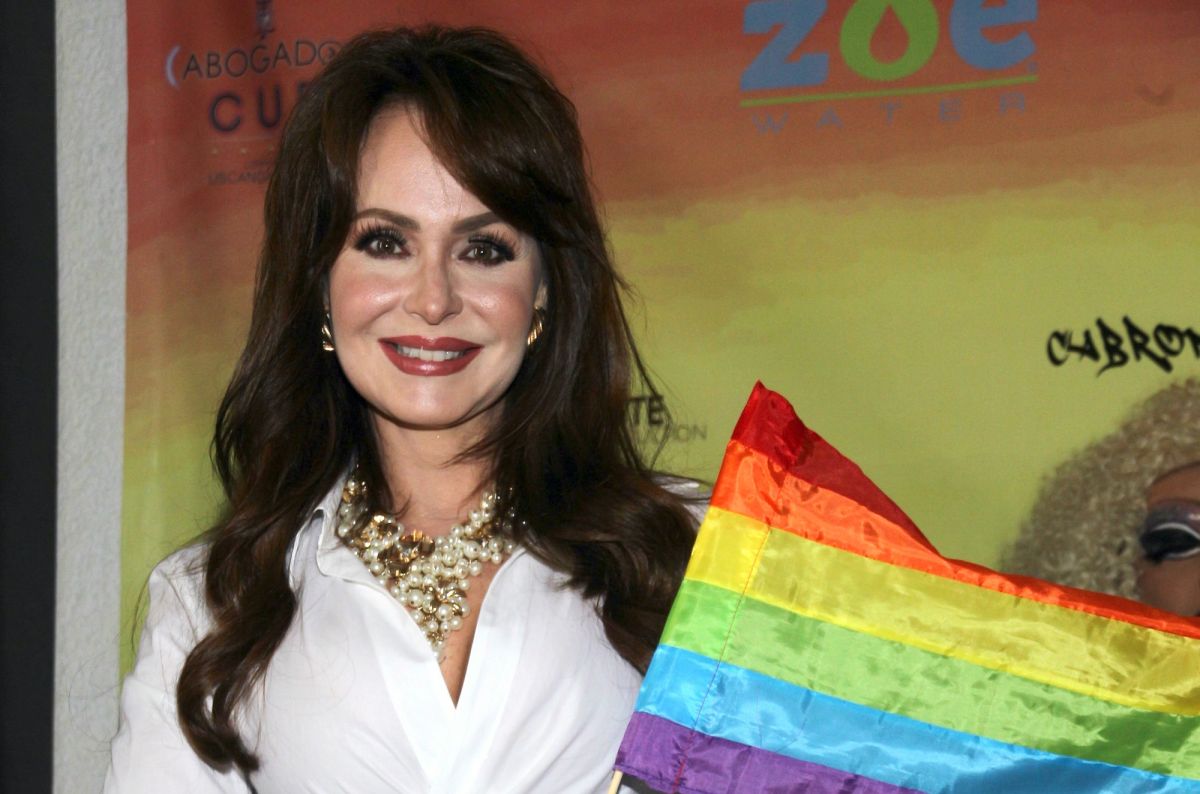 The LGBTTTIQA+ Pride March that took place in Mexico City on Saturday, June 25, was a complete success, and among the many stars that were at the event, Gaby Spanicwho for the occasion opted for a tight black dress with transparencies, with which she revealed that she was not wearing underwear and at the same time that she maintains a perfect figure at 48 years old.

For the fourth time, the beautiful Venezuelan actress was crowned the queen of “Gay Pride Mexico” and shared it on her social networks; In addition, she appears in a video during the parade, borrowing a boy’s dark glasses to pose very sexy.

Gaby has a co-starring role in the successful telenovela “Warrior heart”, whose recordings are about to end. She posted on her account from Instagram photos of his character, which he complemented with the message: “Final stretch of the recordings of the telenovela Corazón Guerrero Missing my colleagues already! ❤️ Every time a novel is finished recording, the whole team is missed in general. This was a gorgeous cast! Endearing technicians that I saw in The House of Celebrities, in La usurpadora, others that I met in this project. It is another triumph in my career, accompanying a great team like this one, I am fascinated by the results and very grateful to the public. Total!”

-Gaby Spanic is infuriated by comparisons made by Alicia Machado