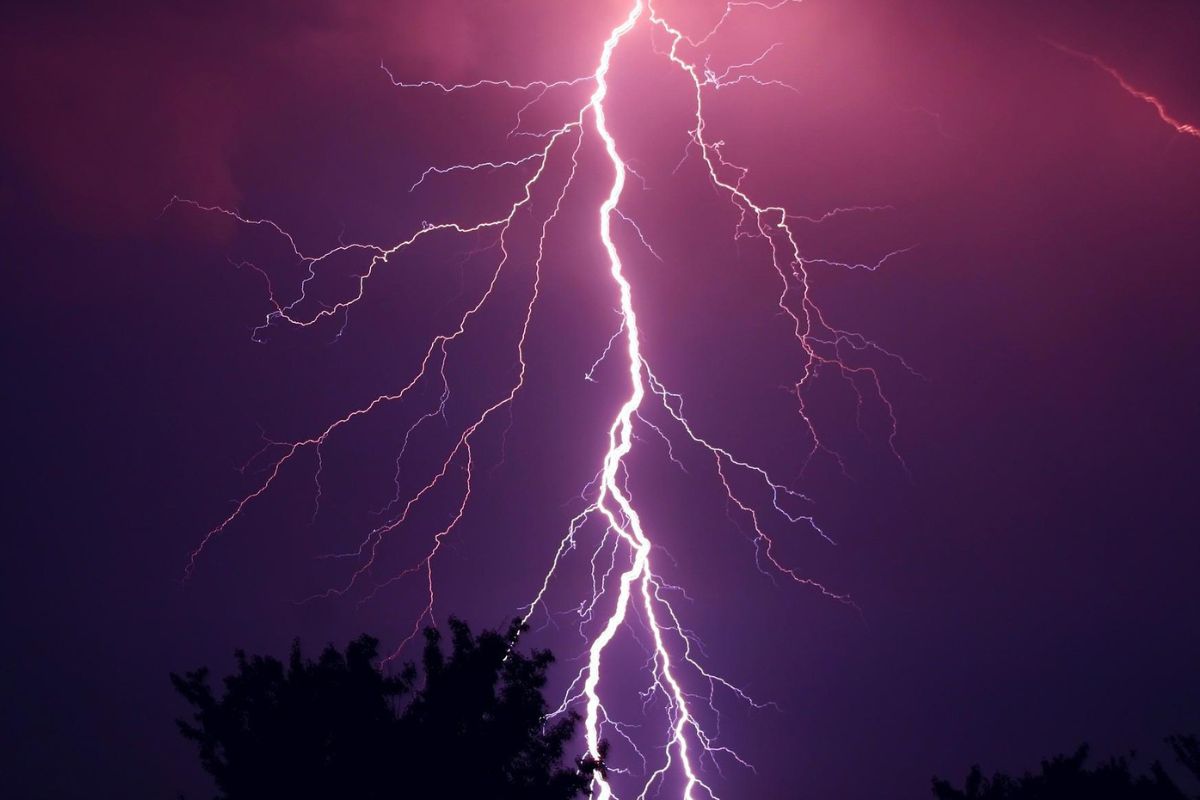 A lightning strike killed a woman and her two dogs in Californiawhile out for a morning walk.

Authorities said the three were on their way through the San Gabriel Flood Control District on Wednesday morning, when were struck by the natural discharge of electricity.

Around 9 a.m. police and emergency services they received the call to go to the area around Mines and Rimbank avenues near the San Gabriel River.

The woman and her two dogs were found lying near the riverbed. Upon first aid arriving, they attempted to revive the victim and her puppies, before they were pronounced dead at the scene.

It is believed that all three were struck by lightning when thunderstorms passed through southern California.

A slit mark was left on the asphalt right at the point where the lightning struck.

The woman was not immediately identified. pending notification to relatives. Investigations into the case continue.

Following the unfortunate death of the woman and her dogs, Pico Rivera City Manager Steve Carmona warned residents to stay indoors until the summer storms pass.

“We all need to be careful with this activity that is in the area,” Carmona told FOX 11.

“We want everyone to be careful. There is a lot of instability in the air. just be careful and please do your best to stay indoors at this time.”

Some residents of the area are fearful after what happened

It may interest you:
*Colorado real estate agent kidnaps couple of hikers and forces woman to put a leash around her neck
* Hitman spider monkey dies after bloody shootout between Mexican cartels
* How a skull led to the grim discovery of 339 bodies in Georgia
* Mexican scientist who was sent by Russia to spy on the US receives his sentence
* Video: 17-year-old girl escapes from human trafficker in Texas