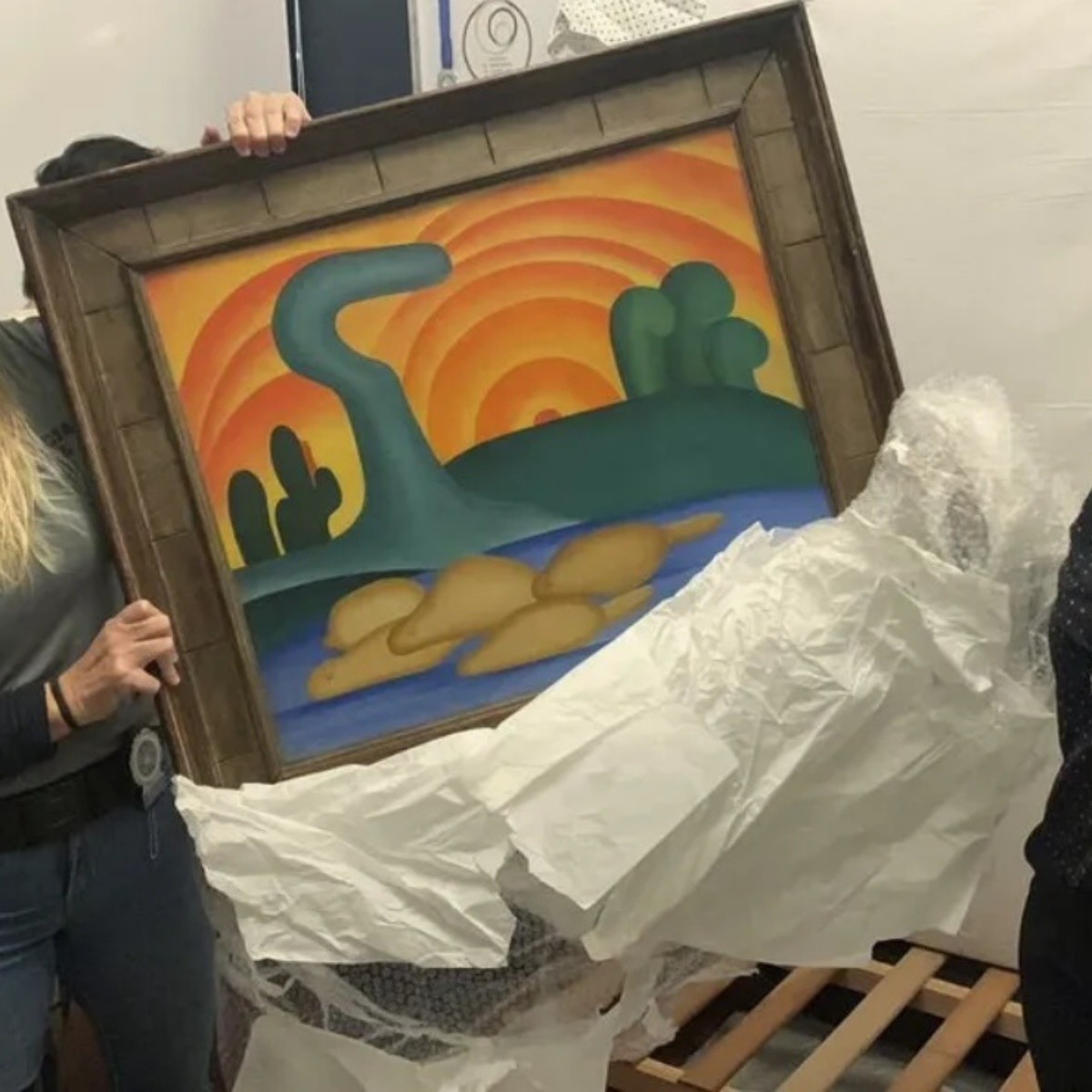 Rio de Janeiro.- A woman was arrested this Wednesday in Brazil for allegedly having robbed her mother works of art, jewelry and money valued at about 725 million reais ($145 million) in a coup that dragged on for months, police told AFP.

Among the 16 stolen paintings are “O Sono” and “Sol Poente” by Brazilian artist Tarsila do Amaral, estimated at several tens of millions of dollars each, according to the local press.

The woman would have deceived and extorted her 82-year-old motherheir to the works of her husband, Jean Boghici, a renowned Brazilian collector who died seven years ago.

In addition, three alleged accomplices were arrested and two are fugitives.

The gang kept the old woman isolated in her home in Rio de Janeiro for almost a year, during which they stripped her of her belongings, including a collection of valuable paintings, Civil Police sources told local media.

“Sol Poente”, an oil painting by Amaral painted in 1929, was found under the bed of one of the detainees, reported the G1 news site.

Works by the Brazilian artist and exponent of modern art Di Cavalcanti were also found, according to images released by the police.

The victim would have been persuaded by a supposed seer to pay for a “spiritual treatment” to save her daughter by making her believe that she was sick, a deception in which the daughter would be an accomplice.

A total of 5 million reais (about 970,000 dollars) were transferred in at least eight operations between January and February 2020.

The old woman suspended the payments after a while due to suspicions. She but she resumed them when she was attacked and threatened.