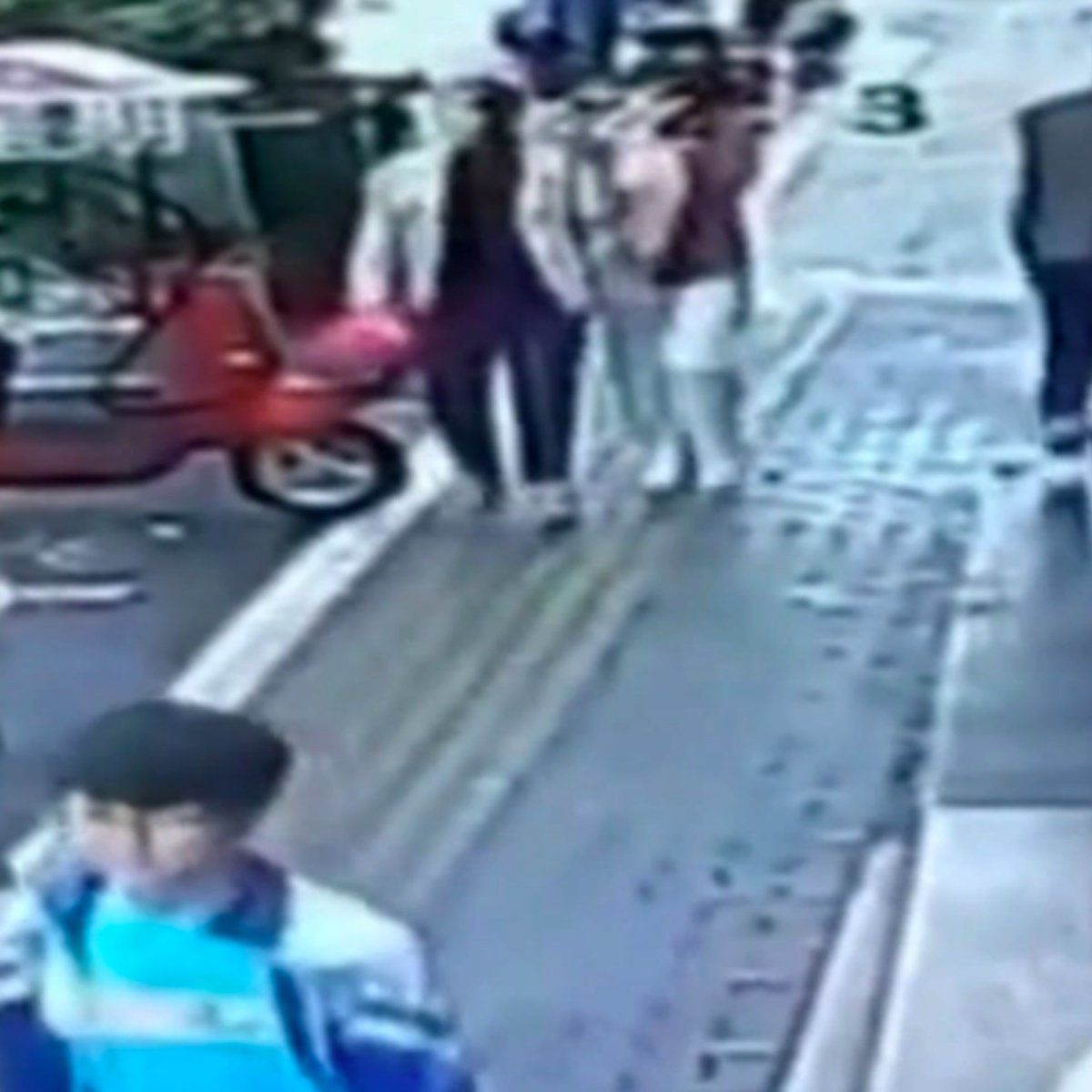 China. — A woman died when a concrete block fell from a building and hit her on the head while walking arm-in-arm with a friend. The 50-year-old victim died of head injuries, but her friend, just inches away, survived completely unharmed.

In the recording, the woman is observed walking, when suddenly the concrete block falls on her head and she collapses immediately. The woman’s friend and the people who passed by the place immediately tried to help her, but despite her efforts, she did not react.

Could be interesting: In Indonesia, several children fall into the void after slide collapse (VIDEO)

Apparently the woman would have died immediately after the brutal blow, as the cement block fell from the sixth floor of a building.

After investigating, the authorities discovered that the building from which the cement block fell was built in 2002. The police are still investigating the incident.

They stated that the block was part of the wall decoration and that they were checking to see if the collateral was still held by the original developer or had already been passed on to the property manager.

The authorities continue with the investigations, trying to carry out the demarcation of responsibilities in the case of the woman who died after a cement block fell on her head while she was walking through the streets of China.