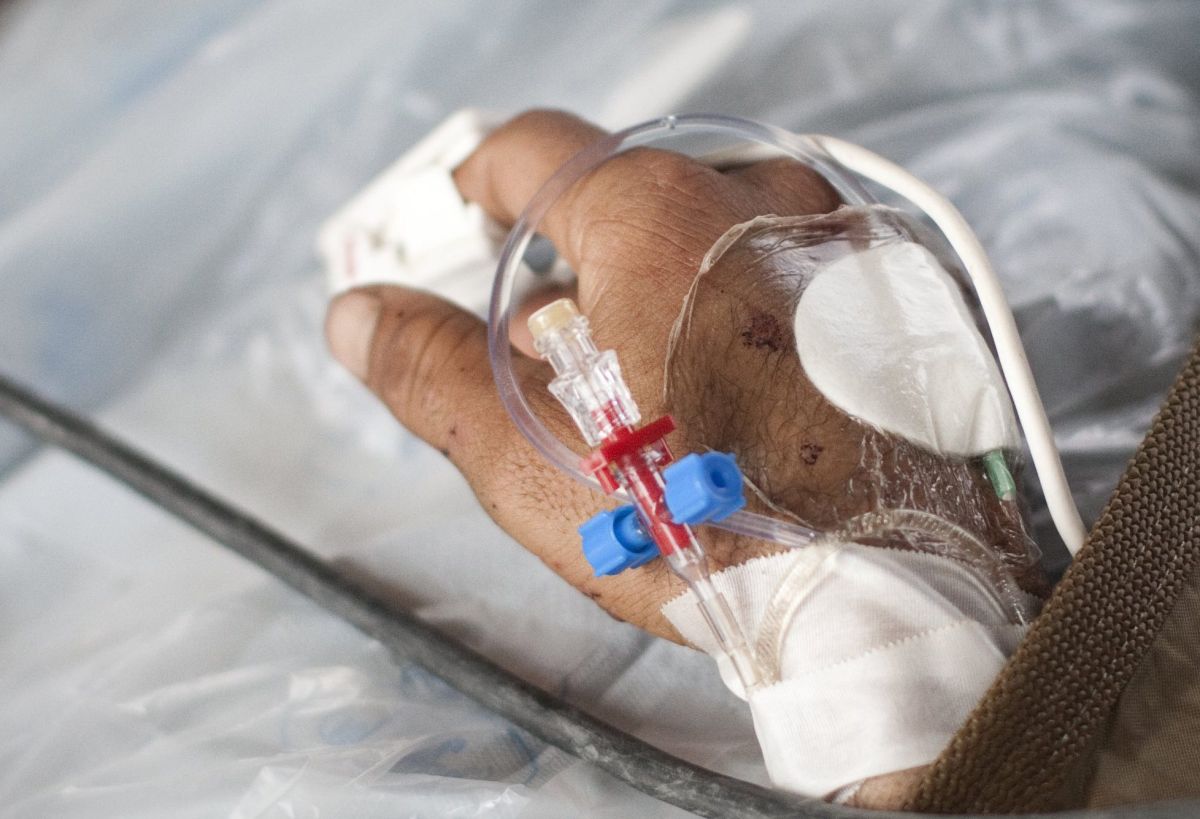 Nicole Elkabbas became a celebrity in Britain, but not in a good way, but by being a fraudster and using a vile resource, she pretended to have cancer, organized a collectiona to face his treatment but he spent all the money he had collected on the web to give himself a luxury vacation and to finance his gambling problem or gambling addiction.

According to the Daily Mail, the farce began almost five years ago, when the woman, now 49, who lives in Broadstairs, Kent, Great Britain, posted the collection on GoFundMe, where she claimed she needed money for her ovarian cancer treatment.

To make her farce more real, she appeared in an image with gestures of pain and very thin between the white sheets of a hospital bed.

According to his description, he had undergone three surgeries and six chemotherapy sessions and urgently needed money to pay for an innovative drug that was produced in Spain.

The fundraiser was so successful that more than 600 people, friends and strangers, they donated sums ranging from a few dollars to thousands, the outlet maintains.

Quickly, the value collected amounted to more than $55,000 dollarsan amount that, the donors thought, was going to be used to finance specialized treatment in Spain.

Once with the money, Nicole took advantage of the money for countless trips and to continue with her gambling addiction, in addition to indulging in luxurious treats.

However, one of the doctors who attended her at some point in a gynecological appointment revealed that an ovarian problem was never identified, so they alerted the authorities of the case.

Thus, justice justice managed to verify her web of lies: the Spanish doctor was never found and she did not present any document that confirmed that she suffered from the disease.

Due to the fraud, the woman was brought to trial and must spend two years and nine months in prison.

However, it transpired that the woman will only have to return just over $6 dollars in the next 28 days.

This is because a court ruled that the scammer has no assets and no “realistic prospect” of repaying the full sum.

Read more:
Ambush in northern Mexico leaves six police officers dead, accentuating the wave of violence in the country
Alligator grabs a man and drags him into a pond to kill him in Myrtle Beach
VIDEO: At least 5 dead and dozens injured after a grandstand collapses during a bullfight in Colombia