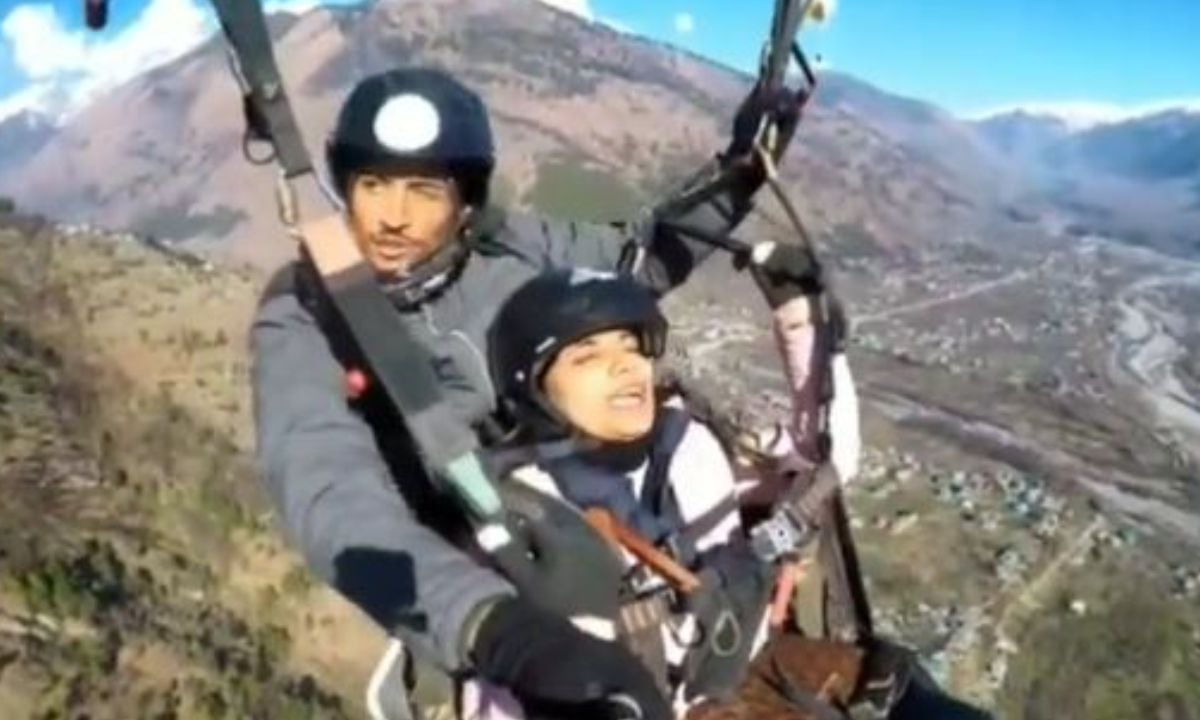 Adventure sports are very popular among millions of people around the world, but there are not a few who are very afraid of this type of practice, as was the case of a woman from the India who blamed her husband for forcing her to paraglide. His reaction became trend in social networks What Twitter.

The film shows the woman, at all times, Screaming, anxious, where the instructor tries to calm her throughout the journey, but her fright prevailed over any intention to relax her.

The video was originally shared by Sudhaka Jee, a Major General in retirement from Indian Mahar Regiment, who wrote the following in his post on Twitter: “Please be careful sending your wives on paragliding trips. The truth comes to light”.

Pl beware when sending your wives on paraglide trips…j..truth comes out pic.twitter.com/RSoYRxmPaJ

The woman gets even more scared when she realizes how tall she is, so the instructor is heard saying: “Dude, I’m so scared”, to later reveal that it is impossible for him to look down, adding that he feels pain in his hand, which is why it is difficult for him to hold the camera.

noticing the nervousness rising, the instructor tries to lower the revolutions by commenting: “Your video will go viral, like Kara de man land”.

In that exchange of words, the woman blamed her husband for convincing her and forcing her to go paragliding: “I’ll kill you, Brijesh”the woman curses her husband: “I will die, oh, God Why did I get married?”, he is heard saying out loud.

The video has exceeded 57.9 thousand views on Twitter, where the comments did not wait after becoming viral: “This is gold! Now let’s see if he becomes part of the roadies or maybe Big Boss this time.”, “Why did God marry them?”, “questioning their life decisions”.