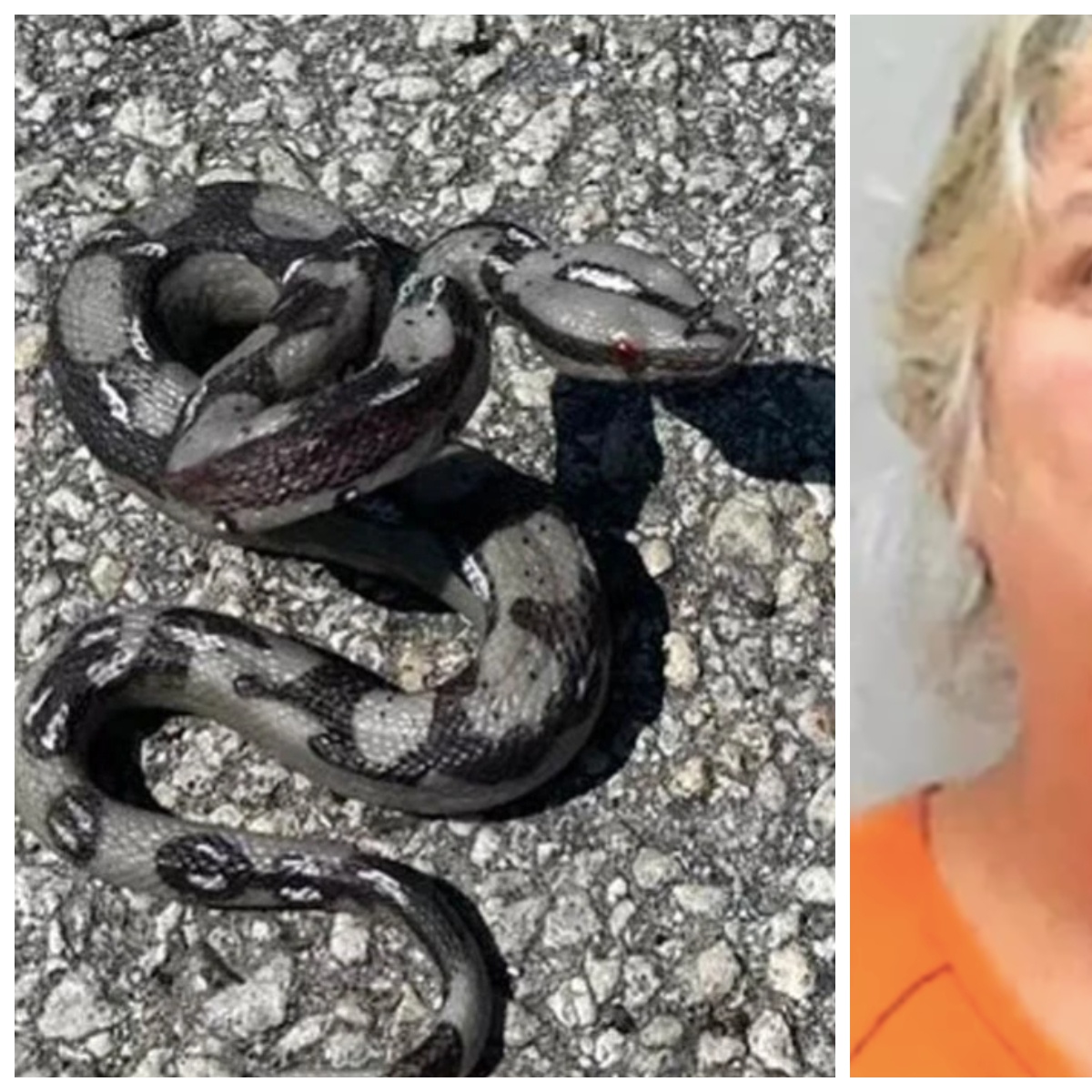 A woman threw a fake snake at the cops in an attempt to avoid arrest after crashing into multiple cars in Florida.

The woman essentially led police on a five-mile chase as authorities tried to stop her car in Martin County, according to WTAP.

As a sheriff’s deputy followed the woman in a pickup truck, she braked and caused a policeman to run off the roadauthorities said.

“Once she stopped, she intentionally swerved and tried to hit a bike,” Martin County Sheriff William Snyder said. In fact, the cyclist had to jump to avoid being hit.

The woman then sped up again and attempted to hit three police vehicles. She proceeded to colliding with a civilian car that overturned and injured three people. But that’s not all, because in a desperate attempt to escape the woman threw a toy snake

“She got out of the vehicle and instead of giving up, she threw what looked like a king snake at our deputy,” Snyder said.

The woman threw the snake, which was later found to be It was made of rubber just after an officer put his gun back in the holster.

“If she had thrown that snake, when the gun was out, we may be talking about a police officer-involved shooting right now. Fortunately for her, instead of pulling the firearm back, he gets a Taser and ends it right there,” Snyder said.

The woman, identified as Dawn LaShawn Laprade, 54, of Vero Beach, was arrested at the scene and faces multiple charges. They include four counts of aggravated assault on a police officer, as well as hit-and-run, for which she was jailed and held on $90,000 bail in the state of Florida.