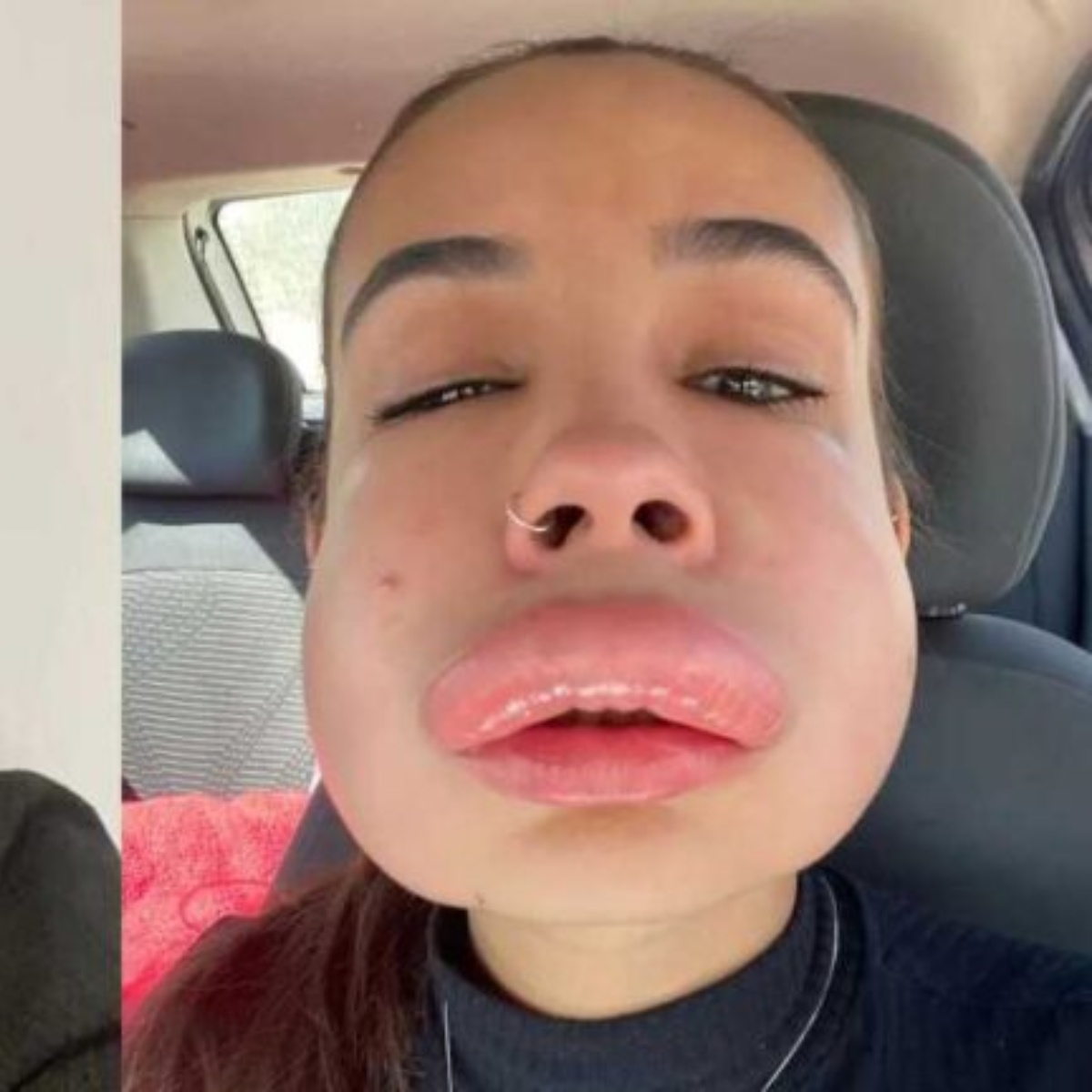 A 20-year-old student was left with a hugely swollen face after a severe allergic reaction to a product designed to dissolve lip filler, immediately going viral on social media.

Isis de Oliveira Almeida Pinheiro, from Palmas, northern Brazil, was left with a terrifying reaction after having hyaluronidase injected into her lip earlier this month. The psychology student posted images of the horrific mishap on her TikTok in a clip that racked up 1.5 million views.

She felt her face was going to “explode.”

The young woman explained that she wanted to shape her lips because hyaluronic acid in the first days can be shaped, but there was an excessive accumulation of the product, and it did not work.

In the same way, she tried to drill to squeeze it, but it did not work. Then, the last time she went, they applied hyaluronidase, which she later learned has a very strong allergic potential.

Isis revealed that it took four days for her face to return to normal. She says she doesn’t plan on getting any additional beauty procedures anytime soon, but the allergy has spread throughout her body.

He explained that he decided to post pictures of his mishap on social media to warn others of the potential dangers of such procedures but had no idea it would go viral.

According to specialists, a vital part of the population can suffer from swelling of the mucous membranes, lips, and eyes, which can cause edema of the glottis, close the airways, can cause allergic reactions throughout the body.