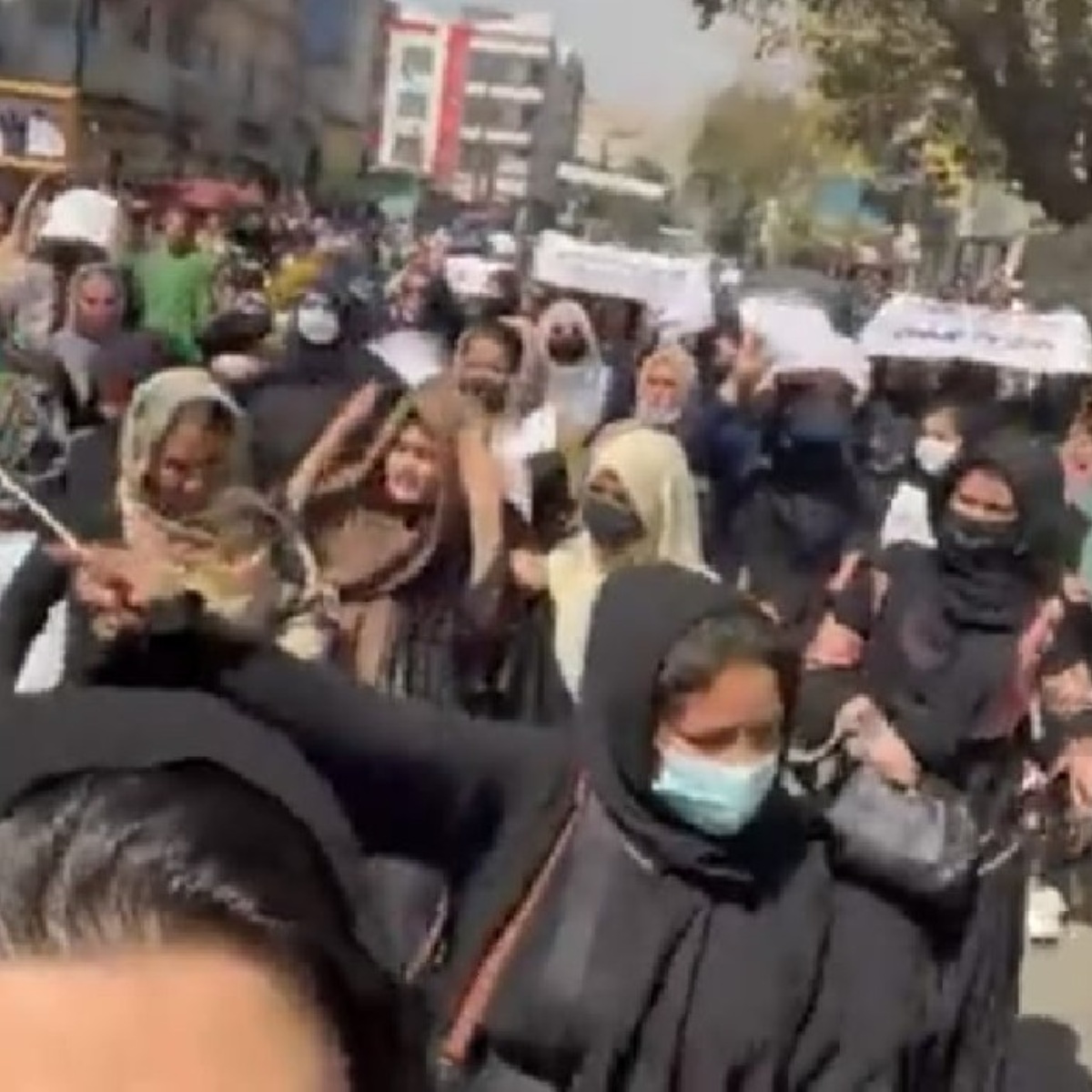 women of Afghanistan They have taken to the streets to demand their right to education and workwhich has been deprived by the Taliban government, a few minutes passed and notice was given about this demonstration.

Armed men arrived at the place where the women, of different ages, had gathered. they opened firethis in order to disperse the people who gathered to march for their guarantees.

One of the Afghan women through a video that was uploaded to social networks recounted what they experienced during their demonstration, which was held almost a year after the fundamentalists came to power, the August 15, 2021she said:

Aerial shots during the protests to disperse the protesting women pic.twitter.com/vxez5DbOnT

More about the demonstration of the women of Afghanistan

It was during this saturday august 13 than dozens of afghanistan women took to the streets “to raise their voices against the Taliban”, however both they and journalists who accompanied them were repressed.

The demonstrators gathered in front of the Ministry of Education in the Afghan capital, and also walked the main streets, where their posters could be seen as well as their commands heard.

On this subject, in AmericanPost.News We inform you that due to the restrictions of the Taliban government, women began to take classes in clandestine schools, it was the alternative they found.

It may interest you: The Taliban close Afghan girls’ schools hours after they reopen.

Part of the citizen’s discontent stems from the breach of the promise of the Taliban, of reopen schools for girls between the ages of 12 and 18 in Afghanistan.

The voice of an informed generation after the collapse
bread
work
freedom pic.twitter.com/1gdXVQqIH0

At the time, they said that as soon as the contents were “adapted” to Islamic law or Sharia law, the school would return, but time passed and this did not happen.

The coming to power of the Taliban on August 15, 2021 meant A setback in matters of rights for womento which several limitations have been imposed.