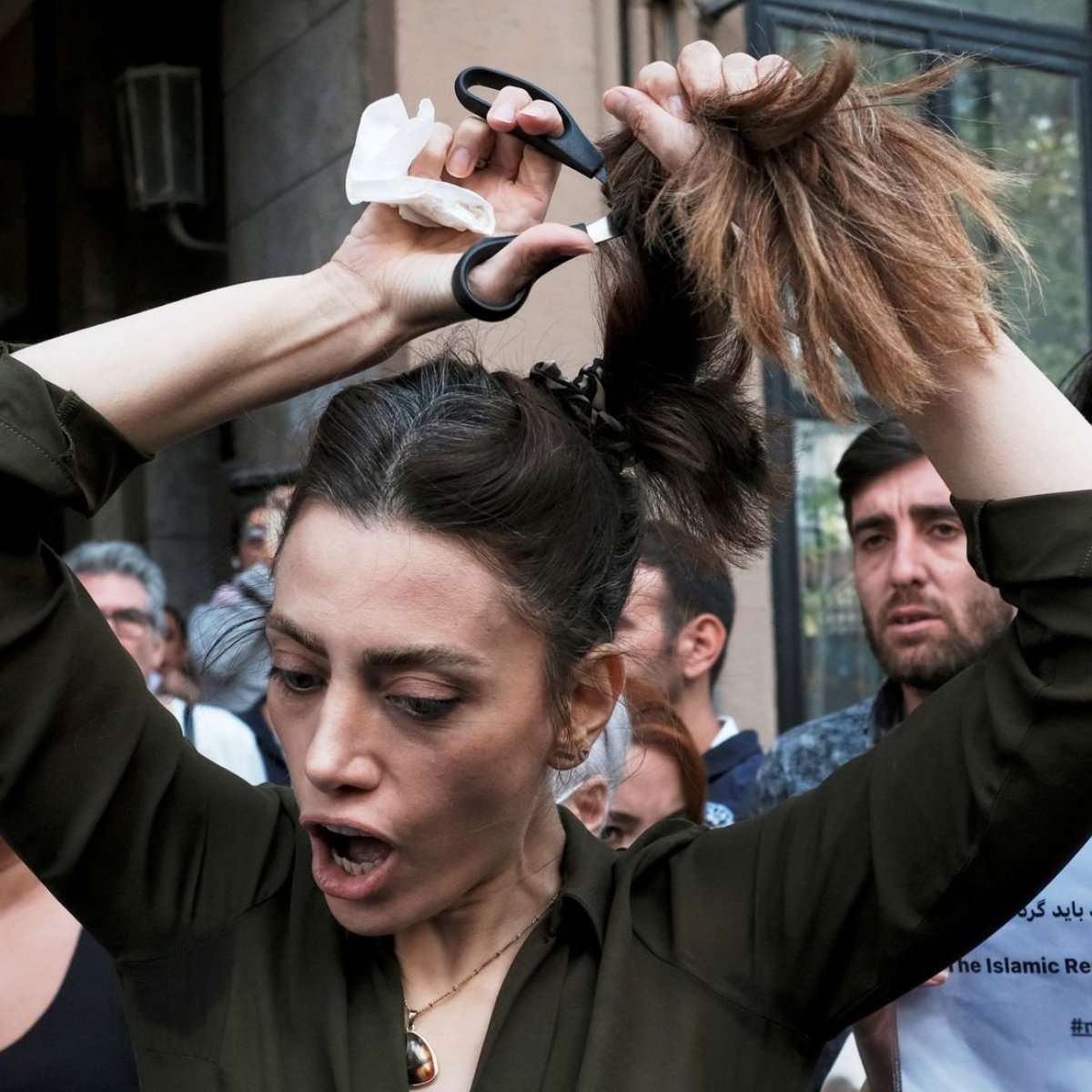 The women in iran got rid of his hijab as a sign of protests due to the assassination of Mahsa Amini last Wednesday.

The authorities who unjustly arrested the woman held her for two hours in the police assaulted her to take her to the hospital due to her serious health condition.

Two days after being in a coma, passed away due to violence received by the police. The protests began as well as the clashes between civilians and authorities.

What is happening in the protests for Mahasa Amini?

Mahasa Amani died last Friday because of the Iranian authorities who attacked her inside the police station as a way of “educating” her for wearing her veil wrongly, which showed part of her hair.

Faced with the accusations and denials of the police who reported the “true” cause of his death: cardiac arrest, the hospital that received Amani spoke publicly about the true causes of his death.

the day of his funeral several people protested where the women removed the traditional veil that covers their hair due to the laws of the country. While the authorities began to throw tear gas and even attacked some protesters.

Due to the great impact of the news, more protests were held in various parts of the world expressing their anger and sadness at the death of the 22-year-old. Videos of the demonstrations were shared through social networks.

One of the most viral was the case of two women who climbed into a public telephone booth where one of them cut the hair of the other with their consent as a sign of anger at the dress codes.

In other protests they set fire to traditional veils in large bonfires while repeating the phrase “women life and freedom”. Unfortunately 5 deaths have been reported.

In American Post News We inform you that not only did the protests remain in Iran, but they were also held in other countries such as Berlin, Germany and other governments such as France gave their opinion on the subject.

The Iranian government responded by blocking Instagram and the internet service to prevent further dissemination of the case.

It may interest you: Iran bans women from appearing in ads after Magnum’s ‘sexy’ commercial

What happens if a woman takes off her hijab?

In the event that any woman breaks this law, she can receive several types of punishments. Public humiliation is one of the most common punishments, as are large fines and arrest.

Not only does this law apply to the hijab, but also to the amount of makeup used and the color of clothing, which should not be so conspicuous.

In Iran there have been thousands of cases where women are arrested, humiliated, abused and even killed for the misuse of their clothing.