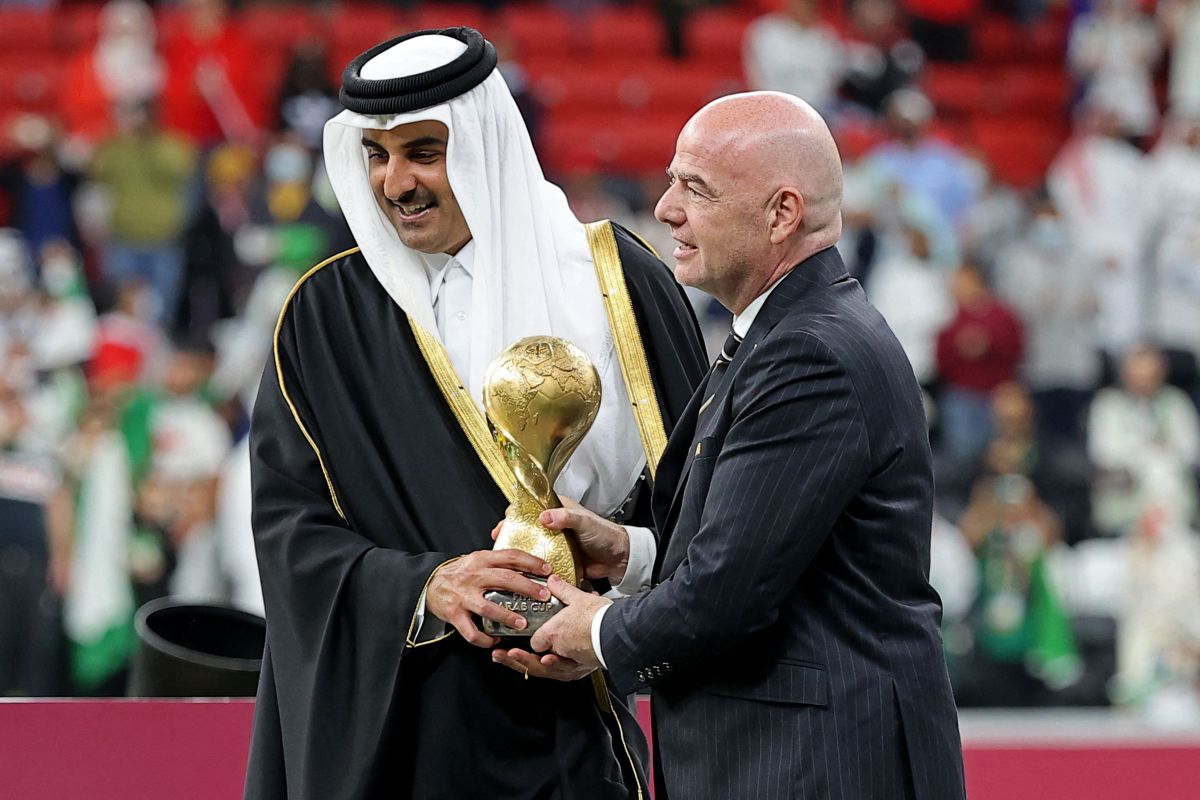 Gianni Infantino, President of FIFA, defended the celebration of the World Cup every two years for, among other reasons, “not to lose young people” who need encouragement not to disengage from football, after the summit with 207 member federations in which a new international calendar was addressed this Monday.

FIFA presented a feasibility study on its proposal, which includes the World Cup being played every two yearsAt its conclusion, Infantino announced that a final decision has not yet been made and that it may not be made in March either, when the annual congress of the organization he presides takes place in Doha.

Starting in January, he said, the 700-page study on the feasibility of changing the calendar will begin to be analyzed in detail and then, without a specific date, reaching a final agreement. For Infantino, it is important to dialogue and listen to all the parties involved to reflect and reach agreements.

While reaching that point, he dismembered the reasons why it would be interesting for the entire soccer planet to organize a World Cup every two years. One of them would be focused on young people, who with less time between each World Cup, in their opinion, would become more hooked on football.

“If we do not want to lose the youth of football, we must offer them possibilities to excite them. There is nothing like a World Cup every two years for this. A poll has been taken and the younger generation wants a World Cup more often after more than 100,000 votes“, He said.

The goal, he said, “is to analyze the situation around the world.” “My job is to work with all parties and reconcile positions and see what is good for the world of football and how we can move forward so that there are fewer gaps. How to invest in youth soccer to give opportunities to all countries. We continue working on it ”, he added.

In addition, he said that a new calendar would be “viable” from the economic and sporting point of view and interesting to “invest” more money in football and in turn “reinvest” in its development throughout the world.

Infantino said that today 70 percent of the income of the national teams is in Europe and 30 in the rest of the world. With the FIFA proposal, he pointed out, the percentages would equalize to 60-40 without prejudice for Europe because it would earn 2 billion euros more than with the current 70 percent.

Asked if the World Cup would lose prestige and interest when it is held every two years instead of every four, he argued that this prestige does not depend on the time it takes to organize between one and the other, but on other more important factors.

“The prestige of the World Cup is absolute. It does not depend on its frequency. If not, it would have to be played not every four, every 40 years and it would be ten times more prestigious. A World Cup is prestigious for the quality it has and for the global impact. 4,000 million people watch the World Cup and studies show us that there would be no problem“, He pointed.

Finally, he explained what will be the steps that will be followed in the following months before approving or rejecting the new project. “Starting in January, we will see what is the situation in which we find ourselves, what can be improved. This is not a precise date. We want to make the best decisions. I am not going to commit to anything in Congress, ”he commented.