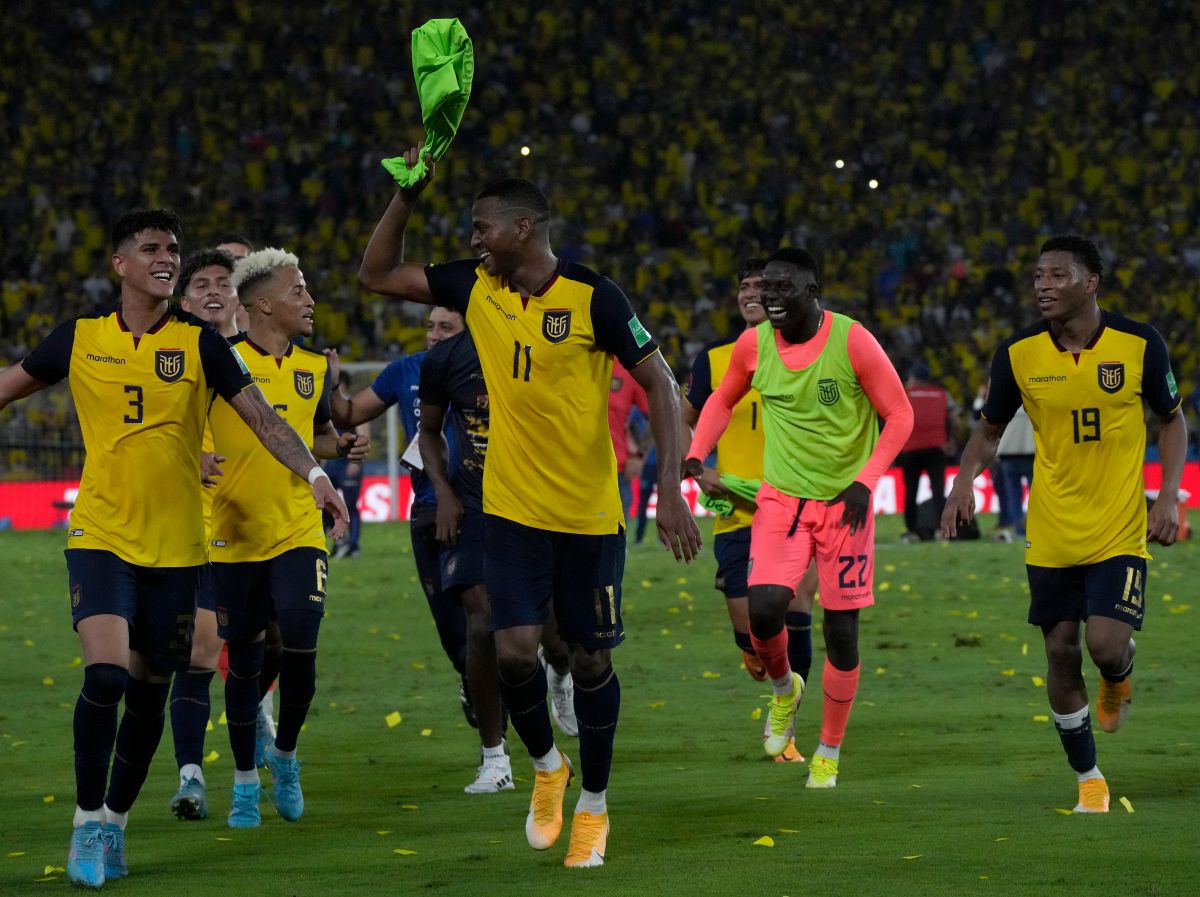 The Ecuadorian soccer team will be “in the eyes of the world”, after confirming FIFA’s decision that the opening game of the World Cup, next November 20, it will be with the game between Ecuador and Qatar.

This is how the Ecuadorian Football Federation (FEF) expressed itself this Thursday through a statement, in which highlighted FIFA’s decision to establish Qatar-Ecuador as the opening match of the World Cup soccer.

“Ecuador in the eyes of the world, FIFA made official that ‘La Tri’ will play the opening match of the World Cup against Qatar on November 20”, highlighted the Federation.

“All the attention of the world will focus on ‘La Tri’ on Sunday, November 20 from 19:00 (local time) when our team debuts against the host in the opening match of the FIFA World Cup Qatar 2022″, he added.

All thanks to the fact that FIFA made it official on its platforms that the tradition of the host team or the reigning champion playing the opening match of each World Cup will continue.

During the initial draw, Ecuador was placed in Group A along with Qatar, Senegal and the Netherlandsso it was up to the South American team to play the first match against the hosts.

“The 2022 FIFA World Cup will kick off with an even bigger celebration for the hosts in Qatar and around the world, as Qatar will face Ecuador from 7:00 p.m. (11:00 a.m. in Ecuador)in what will be the only match on the first day of competition”, added the FEF in its text.

He assured that “the decision has been made after assessing the operational aspects and the impact it would have on the tournamentas well as after consultation with the main interest groups and the host country, who have agreed”.

It will be the first time that Ecuador will start the dispute on the opening date of the World Cups in which it has participated, since He debuted in South Korea and Japan in 2002, Germany in 2006 and Brazil in 2014.

The Ecuadorian national team, directed by the Argentine Gustavo Alfaro and in which the majority of its members are under 23 years of age, he qualified fourth in the South American qualifiers.

The Andean team plans to hold two pre-World Cup friendlies, on September 23 against Saudi Arabia, in Murcia, Spain; and on the 27th of the same month against Japan, in Düsseldorf, Germany.

Also read:
– They advance the start of the 2022 World Cup: Qatar vs. Ecuador will be the opening match
– Do not underestimate El Tri: Lionel Scaloni tells the Argentines that Mexico grows in the World Cups
– The champion spoke: David Trezeguet has two favorite teams to win the 2022 Qatar World Cup and one is South American