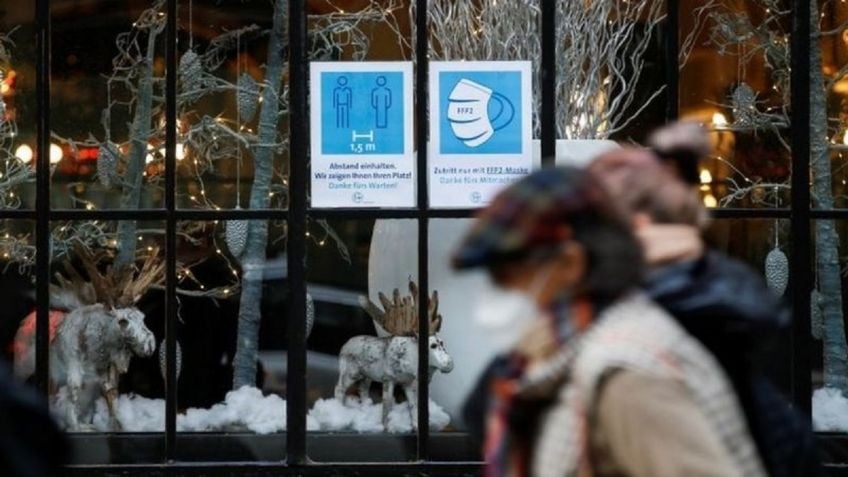 Studies carried out in South Africa, Scotland and England show that Omicron could be between 35% and 80% less severe than Delta.

The European branch of the World Health Organization (WHO) reported that omicron will cause “a large number of hospitalizations” but will be a less dangerous variant than its predecessors.

“A rapid increase in omicron, like the one we have seen in several countries – even when combined with a slightly less severe disease – will lead to a large number of hospitalizations, especially among the unvaccinated,” said Catherine Smallwood, one of the main people responsible for WHO Europe.

Ómicron has generated uncertainty and countries hesitate between strong restrictions or a more flexible strategy due to the less serious signs generated by the variant discovered in South Africa .

“It is too early to say whether the omicron wave will be more or less severe than the delta wave,” Smallwood noted, “although preliminary data in the most affected populations in Europe (England, Scotland, Denmark) show that omicron could lead to to a lower risk of hospitalization compared to delta,” Smallwood continued.

The emergency response specialist asked that the preliminary data be taken “with caution”, since currently the observed cases refer mainly to “young and healthy populations in countries with high vaccination rates.”

“We have not yet seen the impact that omicron will have on the most vulnerable groups such as the elderly who have not yet received a full vaccination,” said the expert.

Early studies in South Africa, Scotland and England show that omicron appears to cause fewer hospitalizations than delta.

According to the data in question, still incomplete, omicron could be between 35% and 80% less serious than delta.

But other experts point out that increased contagion can negate the advantage of a less dangerous variant, while many countries announce record cases since the beginning of the pandemic.

The experts also do not know if this apparently lower severity comes from the intrinsic characteristics of the variant, or if it is related to the fact that it affects populations already partially immunized (by the vaccine or a previous infection).